December 10 2015
105
The Fedorov machine gun, also known as the Fedorov automatic rifle, is the Russian 2,5-linear automatic rifle (6,5 mm), which was created by the captain of the Russian army Vladimir Grigorievich Fedorov in 1913-1916. In fact, it was the first machine that was created in Russia. Weapon had limited use, however, having managed to participate in the Winter War with Finland. Automatic Fedorov became the forerunner of modern infantry automatic weapons.


Captain of the Russian Imperial Army, Vladimir Fedorov, began work on creating a self-loading rifle in 1906. His first rifle was created under the standard for Russia cartridge of the famous trilinea - 7,62x54R and equipped with a magazine designed for 5 cartridges. The tests of this self-loading rifle were carried out in the 1911 year, and in the 1912 year, it was even decided to order an experimental batch of weapons - 150 rifles, which were planned to be sent to military trials.

The troop tests of the Fyodorov self-loading rifle were successful, but it never entered service. The rifle he created weighed 600 grams more than the three-line, and the capacity of her magazine remained the same as that of the Mosin rifle. In this case, all attempts to reduce the weight of the rifle led to a decrease in the strength of its design and reliability. Therefore, Fedorov just continued to work, but already on the creation of a new weapon, this time under his own cartridge, of a smaller caliber, which also had to solve the problem with the weight of the weapon. 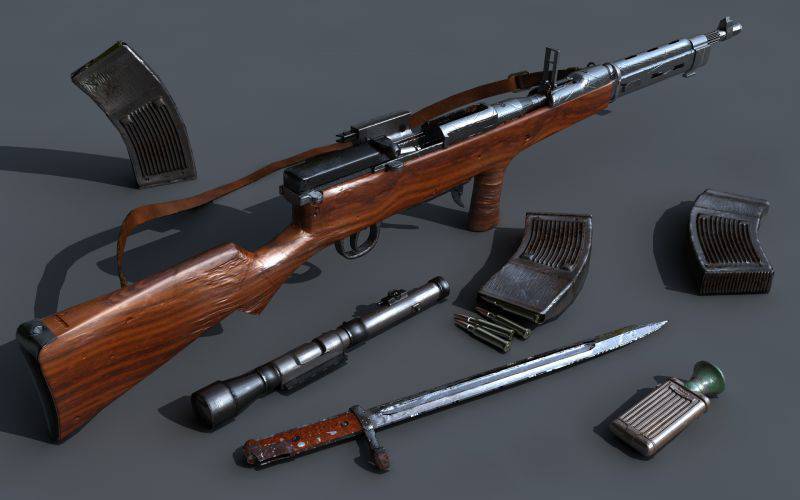 Fedorov chose a 6,5-mm cartridge for his automatic rifle. This cartridge had a pointed bullet caliber 6,5 mm, which weighed 8,5 grams, as well as a sleeve-shaped bottle without a protruding lip. The initial flight speed of such a bullet was at the level of 850 m / s, which provided muzzle energy at the level of 3100 J. For example, for the 7,62х54R rifle cartridge, the muzzle energy was JNUMX-3600 J depending on the equipment variant. From the presented characteristics, we can conclude that the cartridge created by Fedorov was not “intermediate” in the modern sense - it was a fully-fledged rifle cartridge of reduced caliber (for comparison: the muzzle energy of the intermediate cartridge 4000х7,62 mm is about 39 J). At the same time, Fedorov's cartridge provided a smaller recoil impulse in comparison with the standard 2000-mm rifle cartridge, had a smaller mass, and was much more suitable for use in automatic weapons.

The high initial speed of the bullet allowed the designer to reduce the length of the barrel and reduce the size of the weapon to about one meter. In its fighting qualities, Fedorov’s development turned out to be something intermediate between an automatic rifle and a light machine gun. For this reason, at the suggestion of the inventor himself, the development was proposed to give a new name - automatic.

The tests of Fedorov’s development began at the end of the 1913 of the year, but the outbreak of the First World War put an end to the search for new rounds. However, already in 1915, the Russian army began to feel an acute need for small arms, including light machine guns. Quite a large number of small arms was lost in the battles. Therefore, they returned to Fedorov's automatic rifle again, deciding to order it as a light infantry support weapon. The need for such weapons of the military pushed the very nature of the fighting, which has changed significantly in comparison with the wars of the past. Making a decision to resume the production of the Fedorov machine, they decided to transfer it under the Japanese cartridge 6,5x50SR Arisaka, who possessed characteristics similar to the cartridge Fedorov. In the Russian army, these cartridges were already in significant numbers. They were acquired together with the Japanese rifles Arisaka already during the war to compensate for the losses in weapons. At the same time, the already released automata were going to be simply converted into using a Japanese cartridge by installing a special insert in the chamber. 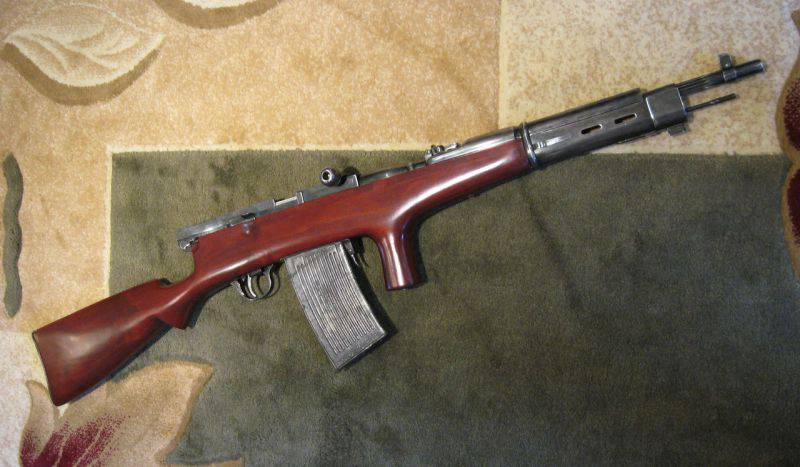 From a self-loading rifle developed by Fedorov, his machine gun was distinguished by the presence of a hammer-type firing mechanism, a shortened barrel, the presence of a detachable sector-type box magazine for 25 cartridges (two-row) and the presence of a flag-type fire interpreter. Automatic weapons worked by recoil barrel with its short course. The barrel was locked using locking larvae (coupling cheeks), which rotated in a vertical plane. At the same time, the weapon allowed firing both single cartridges and continuous firing; there was a mechanical type fuse. On the machine, sights of an open type were used, which consisted of a sector sight and a front sight. There was also the possibility of mounting a bayonet on a weapon. The presence of the bayonet and sturdy butt allowed the use of the machine gun in hand-to-hand combat, where, thanks to its smaller dimensions, it was more convenient than a rifle.

Already in 1916, after carrying out the necessary series of tests, the novelty was adopted by the Russian army. The first combat use of the machine gun occurred on the Romanian front, where special regiments of machine gunners were formed as part of some regiments. For example, at the end of 1916, a special team of the 189th Izmail Infantry Regiment of the 48th Infantry Division received 45 Fedorov assault rifles of 6,5 mm caliber and 8 assault rifles of 7,62 mm caliber (experimental model of the same constructor) . It is curious that in addition to the submachine gun, a cartridge carrier was included in the calculation of the new weapon. Also, teams of machine gunners were equipped with binoculars, optical sights, daggers, bebut, portable shields. The Fedorov rifle was also used in aviation (First of all, it was used by the crews of Ilya Muromets heavy bombers), where he was the airborne weapon of the pilots. With automatic weapons it was planned to rearm primarily the shock units of the army. At the same time, according to the results of exploitation at the front, he received very good reviews: his reliability, accuracy of fire, and high strength of the parts locking the bolt were noted. At the same time, the army saw the machine gun in a Fedorov assault rifle, albeit a light one.

At the same time, at the end of 1916, Russia decided to order a batch of thousands of 25 machine guns, which was supposed to go to the troops. It was a mistake of the authorities that they initially chose a private factory as a contractor for the work. The selected contractor did not fulfill the state order. At that time, such enterprises were under the jurisdiction of Zemgor, whose leaders closely communicated and were associated with the participants of the future February revolution. In fact, it was sabotage and sabotage in the framework of the economic war conducted inside the country, which foreshadowed further unrest. When it was nevertheless decided to place the order at a state-owned enterprise, transferring it to the Sestroretsky plant, it was already too late, in February 1917 of the year a revolution broke out in Russia. 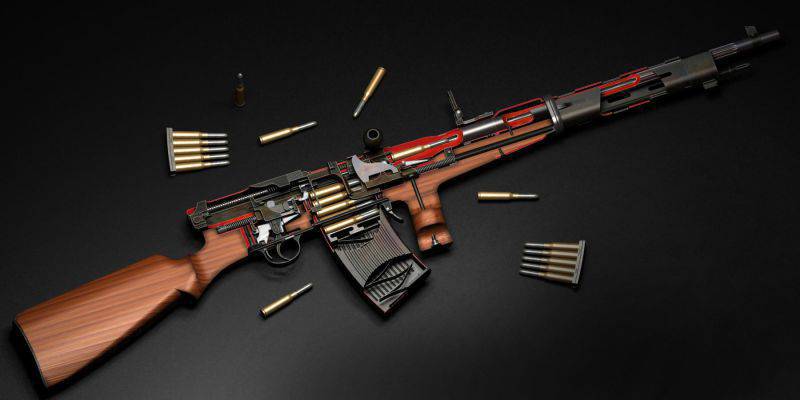 After the October Revolution, which took place in the same year, Vladimir Fedorov was sent to work in Kovrov, where he had to set up the production of his machine gun. In 1918 he was elected director of the plant, at that time this position was elective. Degtyarev was appointed head of the experimental workshop at the plant. Already in 1919, they were able to launch the assault rifle into mass production, and in 1924 they began work on the development of a number of machine guns unified with the Fedorov assault rifle - manual, tank, aviation, anti-aircraft. At the same time, in 1923, the machine was slightly modernized and a number of changes were made to its design: the shape of the feeder in the store was changed; introduced a slide delay; made grooves in the receiver for installing a clip with cartridges; introduced a muffler; created a sector sight with a range of up to 3000 steps (2100 meters).

Fedorov's rifles were safely in service with the Red Army until the end of 1928, until the military advanced excessive demands on infantry weapons (as it turned out only later). In particular, they demanded that an infantryman could hit armored vehicles with small arms with armor-piercing bullets. Since the 6,5-mm bullet pierced slightly smaller armor than the 7,62-mm rifle, the machine gun was decided to be discontinued, focusing on the development of a new automatic rifle. Also, the decision of the military was associated with the unification of ammunition, when it was decided to remove from service weapons weapons of calibers that differed from the main one - 7,62x54R. Yes, and stocks of Japanese ammunition purchased during the First World War, were not limitless, and to develop their own production of such cartridges in the USSR was considered economically impractical.

In total, up to the 1924 of the year when production of Fedorov’s machines was discontinued, about 3200 units of these small arms were manufactured. After 1928, these machines were transferred to warehousing, where they lay until 1940, when already in the course of the war with Finland, weapons were quickly returned to the troops, feeling an urgent need for automatic weapons.

It should be understood that the Fedorov machine gun itself could not be seriously considered as a mass military weapon. Its reliability was inadequate (especially in the conditions of pollution and dust), it was difficult to maintain and manufacture. However, an analysis of the only reliable source available today for operating the Fedorov machine, a brochure that was released in the Soviet Union in 1923, suggests that the main problem of the machine was not its design flaws, but the poor quality of the construction materials used - sludge parts, metal influx and so on, as well as the poor quality of the ammunition supplied to the troops. It is worth noting that the author himself did not consider his weapon as massive. In the work “The Evolution of Small Arms”, Vladimir Fedorov wrote that his machine gun was intended primarily for arming various special forces, and not line infantry. He assumed that the machine gun would be a weapon for motorcycle, equestrian and hunting teams, as well as selected riflemen among the infantrymen who could realize its potential.

Perhaps the main merit of Vladimir Fedorov was that he was the first in Russia to create a working (albeit not perfect) sample of an individual automatic infantry weapon - an automatic rifle. Fedorov pioneered the creation of manual automatic weapons, anticipating the entire course. stories XX century, one of the brightest symbols of which, of course, was the automaton. 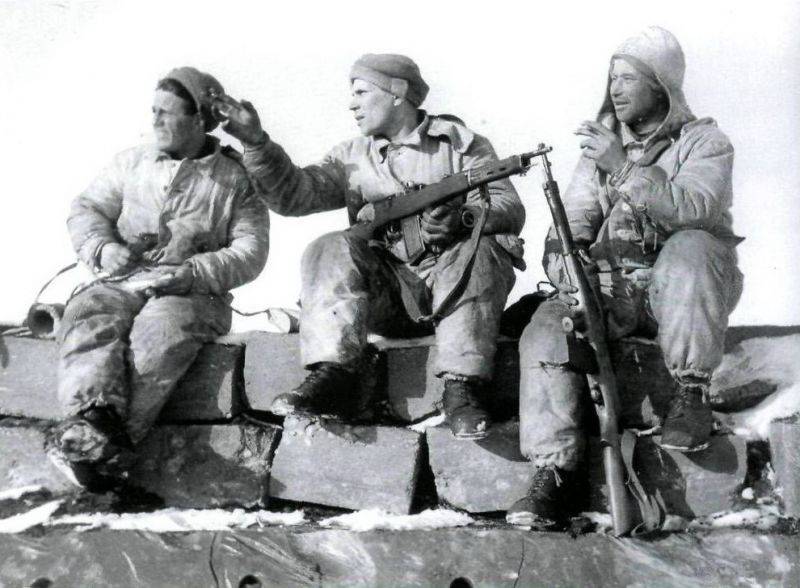