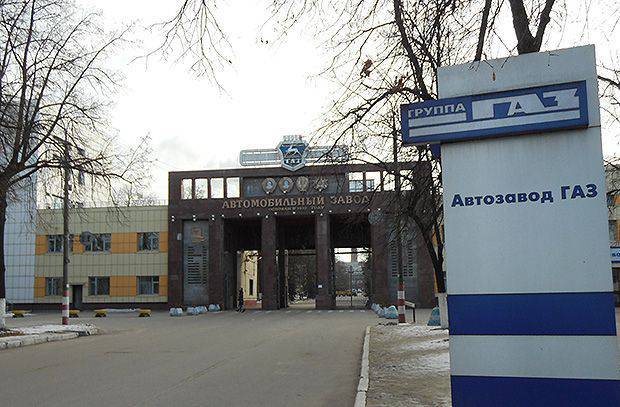 The city of Gorky during the Second World War suffered greatly because of its openness. In 1930, foreigners worked at its defense enterprises, including those from “friendly” Germany. One of these people during the war years - the Luftwaffe general, probably “handed over” to the Germans the Gorky Automobile Plant, because of which he was almost completely destroyed. Officially it is known: the scouts came to the city after the war, so that 1950's “spying” could be justified here.

German in the city

In 40-ies every second car, every third tank and every fourth artillery installation were made in Gorky.

- The city of Gorky, being one of the most important industrial centers of the country, was also one of the main targets for the fascist aviation, - says RP Vladimir Somov, doctor historical Sci., Professor of the Department of History and Politics of Russia, Lobachevsky NNSU. - During the three war years, from 1941 to 1943, 47 raids were made on the Gorky region, in which 811 aircraft participated.

The first raid occurred on November 4 1941. Then the Germans became the target of the Gorky Automobile Plant. As the factory workers wrote in diaries and their memoirs, the planes flew so low that a swastika could be discerned on their wings. They were separated from them and bombs flew to the ground with a howl.

Vasily Lapshin, who during the war worked at the Gorky Automobile Plant as the chief power engineer, from December 1 1940 and kept his diary throughout the war. After the bombing, he writes: “In the morning we could see the charred corpses, the body parts scattered around. It was terrible to look at this picture. ”

As follows from the diary of Lapshin, the factory workers quickly restructured and became accustomed to air-raids. During the shooting, workers continued to work at the machines. And the factory floor was flooded with water so that the fire did not start from the fall of the burning fragments of the building.

In June, 1943 of the year, in preparation for an offensive near Kursk, the German command decided to deliver a massive blow to the industrial centers of the Volga region. In this regard, it was decided to camouflage the strategically important buildings of the city. In Kstovo District, not far from the modern Fedyakov village, glass and plywood were used to build a so-called “false object” - a huge fake of GAZ to deceive German aviation. But the Germans still bombed a real factory.

As the director of the Museum of GAZ Natalia Kolesnikova, "evening 4 June 45 twin-engine bombers" Heinkel-111 »of squadrons KG-27 and KG-55 rose from airfields near Orel and Bryansk, taking a course at Gorky ... From 45 aircraft to the city broke 20 . They parachuted around 80 lighting flares. It has become lighter than even during the day. Dropped 289 high-explosive bombs, 260 of them - at the car factory. In the first raid, the main assembly line of the automobile plant, the spring shop, and the forge No. 3 were put out. Several houses and a hospital were destroyed in the area. Dozens of fires broke out, the water supply and communication were disrupted. ”

This was followed by two more raids: on the night of June 5-6, in which 80 Heinkels participated, and the next night - 157. On this third, most terrible raid, 12 workshops, warehouses, and depots were destroyed, but suffered the most wheel shop. It was he who was an extremely important object. Here, in particular, wheels for guns, rollers for all were made tanks T-34 shells for Katyusha rocket launchers and much more. It is no accident that Beria, who came to the plant incognito in June 1943, Stalin ordered immediately, at any cost, to restore the wheel shop. Specialists then concluded that it would take several years. However, the heroic efforts of the people restored the plant in 100 days and nights, by the end of October 1943.

But why did the Germans bombed GAZ deliberately instead of camouflage? Later it turned out that a person who previously supplied the enemies with secret information worked here. 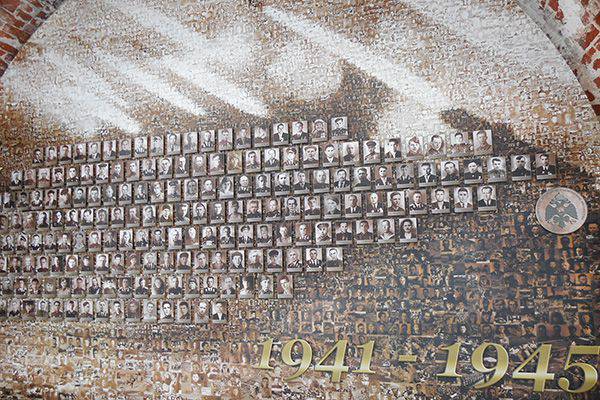 - Memories of Chinchenko, one of the plant's veterans (Fedor Chianchenko, State Prize winner, five-time winner of VDNH, Honorary Citizen of Nizhny Novgorod. - RP) survived: in 1943, he was Deputy Head of the Wheel Shop. He could not understand why the plant was bombed so fiercely, despite the fact that it was carefully camouflaged, - Marina Marchenko, deputy director of the socio-political archive of the Nizhny Novgorod region, advises the RP. - It was only in September that 1976, when Chinchenko was in Berlin on meeting of the Council for Mutual Economic Assistance (Council for Mutual Economic Assistance - RP), he met the former headquarters staff of the German long-range air corps of Germany, Mr. Niderer.

“He showed us a photo in the center of which I saw my former chief at GAZ, Leopold Fink,” Chinchenko later recalled at a meeting of veterans devoted to the 50 anniversary of the restoration of the Gorky automobile plant. - In the picture he was in the form of a general. And at the car factory before the war, he designed all the underground communications, and then he worked as deputy head of the Quality Control Department of the plant (Quality Control Department - Technical Control Department. - RP). So I knew everything about the 1932-1937 car factory. ” This fact is cited in the book of historians Anna Gorevoy and Alexei Vdovin “Everything for Victory”.

Worked Leopold Fink under the contract signed by Molotov. And in 1937, he and his family were expelled from the USSR in 24 hours. About his further fate, little is known. According to Chinchenko, in 1943, he commanded a strategic aviation corps in Germany. Ever since, the tracks of Fink break off. At the meeting of the CMEA, he was not present. Maybe he died during the war, was captured, or, as a representative of the German command, received a long time. Or maybe he lived almost to this day ...

We bought cards and literature

“I think this“ espionage ”story could well have actually happened,” says Vladimir Somov. - And foreign specialists were actually involved in the construction of the automobile plant. Including German. Let me remind you that between the USSR and Germany before the war, there was an agreement on cooperation. It is quite possible that this same Fink did work under our contract for some time, and when the war began, he supplied the Germans with the information he knew. Or this is a huge miscalculation of our intelligence services. By the way, we had similar cases in the region. Therefore, this partly justifies both repression and “espionage” during the war years.

Gorky has always been a tasty morsel for all sorts of "enemy scouts."

- Our city until 1990-x was not accidentally closed, - said Marina Marchenko. - Why we were not allowed to foreigners? Because we had a lot of defense complex enterprises that produced weapons. Foreign experts still came to us to work under the contract. But they stayed here only within certain limits. At the beginning of the 1990's, the status of a “closed city” was removed, and Nizhny became available for visits by foreigners.

As historian Alexander Osipov notes in his book “From the History of Nizhny Novgorod Special Services”, in 1956, Gorky visited 78 foreigners from capitalist countries, among them were 22 installed intelligence officers. And in the 1957 year - already 245 guests from capitalist countries, including 26 official intelligence officers from the diplomatic corps. “Being in the city, foreigners bought various maps, reference books, military, scientific and technical literature, books describing the economy of the USSR and certain regions in stores,” Osipov writes. - Foreign intelligence officers not only studied military facilities from the outside, but also tried to penetrate there. Moving around the city and the region by taxi, foreigners intensively interviewed taxi drivers, asking them, in particular, questions about the population of Gorky, the material situation of citizens, the names of some enterprises, the former street names of the city. ”

As a result, the shameless actions of the visitors forced the country's leadership of 4 August 1959 to issue a decree of the USSR Council of Ministers "On the closure of the city of Gorky for foreigners to visit."

Ctrl Enter
Noticed oshЫbku Highlight text and press. Ctrl + Enter
We are
From the history of own names of aircraft of Russia in 1930-iesLosses of the USSR and Germany in the Second World War
Military Reviewin Yandex News
Military Reviewin Google News
22 comments
Information
Dear reader, to leave comments on the publication, you must sign in.