December 9 2015
52
The TASS news agency has published information citing official sources in the Russian Ministry of Defense that confirms earlier information that the Varyag guards missile cruiser will head for the Syrian coast. At the moment, the flagship of the Pacific fleet The Russian Federation performs tasks in the framework of joint Russian-Indian exercises in the Indian Ocean. 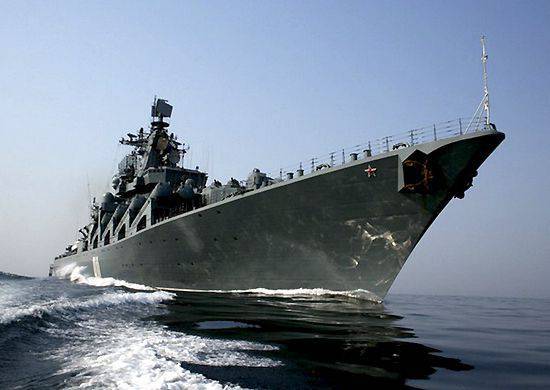 It is known that the Russian-Indian exercise ends on December 12. We are talking about their naval stage. Earlier, the land phase of the maneuvers was completed, during which the military personnel of the two countries coordinated their actions to eliminate conditional terrorist groups.