December 9 2015
34
Vice President of the United States Joe Biden, who visited Ukraine for the fifth time, Zits President Poroshenko called "a great friend of Ukraine." Indeed, after all, the fifth visit, and not only ... Biden was preparing the Bandera project, and earlier Saakashvilevsky in Georgia, these are his innermost anti-Russian plans, and this is his responsibility in Washington. By the way, ending in less than a year: Biden is already a “lame duck” by American notions, and has to hurry ... 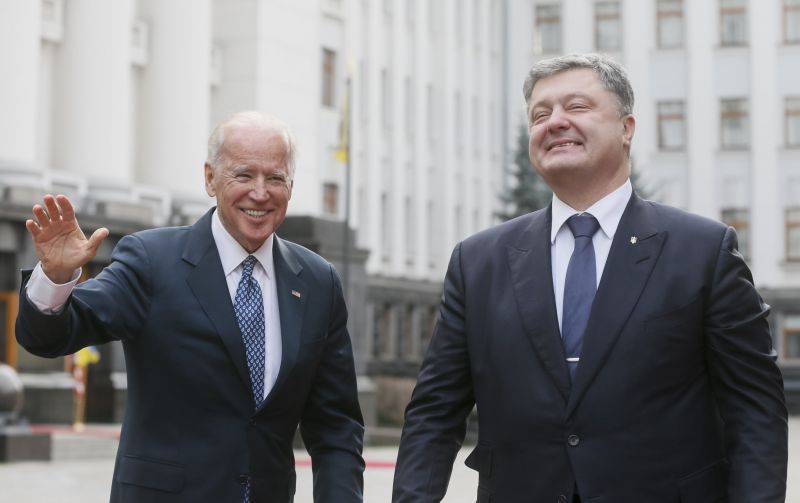 Poroshenko and the whole Bandera elite look at Biden as the supreme judge and benefactor, or vice versa. With what did the master come? Brought, as expected, a gift, 190 million dollars for reforms, hardly real money, rather, some anti-corruption services. And what else?

Ukrainian political analyst Konstantin Kevorkian believes that Biden came to support Prime Minister Arseniy Yatsenyuk. Svetlana Zalischuk, a deputy from Blok Poroshenko, close to the visit, says the same thing: Biden praises the “functional” government of Yatsenyuk. Although Yatsenyuk has the highest anti-rating of Bandera of all stripes, they call him from billboards in Kiev: “Run, Rabbit, run!” And Biden arrives to save Yatsenyuk in order to restore consensus between Poroshenko and Yatsenyuk. To consolidate the Kiev authorities, supporting the most rotten link that will inevitably break ...

It is impossible to restore any consensus, saving the most hated type, which, undoubtedly, is Yatsenyuk today. Immediately before the visit of Biden, the Americans are crowning him with a visit to their aircraft carrier, the carrier-based Yatsenyuk is an objective confirmation of the basic rate of Washington. Biden Yatsenyuk visit hang on Poroshenko as a weight, so that she dragged him to the bottom. It turns out, the main purpose of the visit of Biden is the maximum weakening of Poroshenko.

Indeed, behind the demagogy about corruption, the country's budget from the IMF and the need to implement the Minsk agreements, there is one very specific requirement for Biden: the resignation of Prosecutor General Shokin, Poroshenko’s main power pillar. The next move may be followed by the "dismissal" of Poroshenko himself: deprived of the "Shokinskaya" protection of the Zits-president will be defenseless. That is, the country is not consolidated, but prepared for a coup.

In order to reduce the danger of a coup, everyone who wants to shoot the Nazi-Bandera Poroshenko sends to the Donbass to shoot the “Muscovites”, therefore shelling has resumed there today. Although the offensive will not. “No powder,” said the leader of Lugansk Plotnitsky.

This, in the end, will be understood by the Nazi-Bandera, who, although “cruel, but not stupid,” said Vladimir Putin. They will not go, in the majority, to fight in the Donbass, they are accustomed to looting, “cleaning”, and to fight - that is another matter. Is that go for weapons. Today they are mastering the still not looted areas, Kherson, for example.

Summer time is gone, Kiev is no longer up to the organization of an offensive, and Biden no longer demands it, but speaks of the need to fulfill the Minsk agreements ... This also confirms that Washington has changed its views on Ukraine.

Its main purpose - to start a war with Russia, Banderia has not fulfilled, it does not matter for what reasons. Now it can only be used to explode at the borders of Russia, at its side, in order to harm Russia at least by this catastrophe. Besides the free option!

All this taken together means that Biden came to bury the Bandera project, earlier he also roughly buried Saakashvilevsky. The Odessa governor Saakashvili perfectly understands this, he is already a scientist by Biden, that is why he turned against Yatsenyuk so much, accuses him of corruption, despite the support of Biden. And warns, of course, his student friend Poroshenko about the danger. Therefore, Zits-president with a straight face listened to Biden's speech in the Verkhovna Rada.

However, in the understanding of simple ukrobanderovskih masses, Biden - this is the God-creator of ukrov, so they appealed to him with pleas ... to resign Yatsenyuk. Soon a terrible shock awaits them: they learn that the gods have the right to destroy their creations.

This may have unintended consequences for Washington. The Bandera creation he created can revolt against him, as the cerastial Al-Qaeda Bin Laden has risen.

In this situation, the only rescuers of Ukraine are to some extent oligarchs-tarutovtsy: they have the necessary information, money and political influence. Recently, they have intensified: Taruta began a propaganda campaign in the media against Poroshenko and Yatsenyuk, Firtash rushes from Europe to Kiev, to defend his last billions, Akhmetov already holds defense in Krivoy Rog and in offices in Kiev.

Oligarchs have something to lose, they can literally lose everything, it’s good if they save their heads in a boiling Nazi-Bandera pot, so they start talking about the case. What the country has left before the collapse of the 6-8 months, according to the mathematical model of Taruta, and the main threats are Poroshenko and Yatsenyuk.

However, the frond oligarchs have no power support, or we do not know about it. Only their enemy in the oligarchic life of Kolomoisky possesses a well-known private army, so he becomes a key player in the emerging confrontation, the third and final "Maidan." Will the oligarchs agree among themselves? What will US Ambassador Jeffrey Payette say to this? We will find out about this in the next series of exciting political ukroseriala. 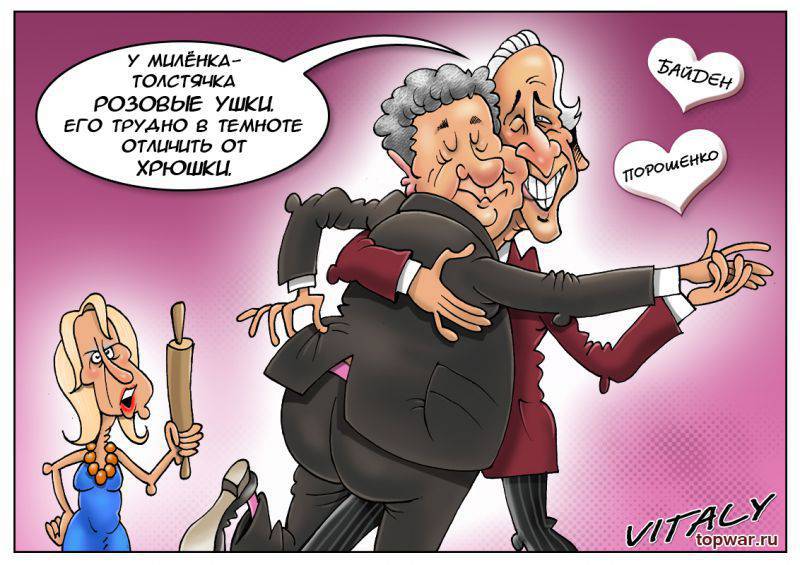 Ctrl Enter
Noticed oshЫbku Highlight text and press. Ctrl + Enter
We are
Prime passion. Who will replace Yatsenyuk as prime minister of Ukraine?Armament from the exhibition "Made in Georgia"
34 comments
Information
Dear reader, to leave comments on the publication, you must to register.