Turkish trail near the blown up power lines 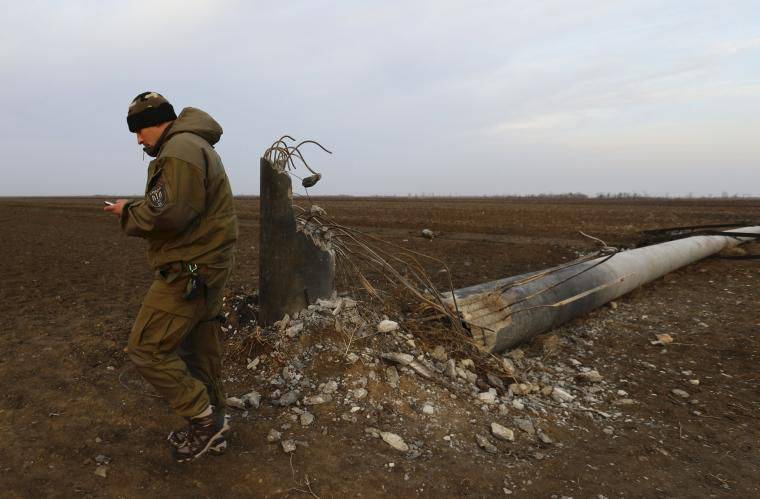 In fact, nothing special to investigate. It is enough to look at the actions around the Crimea from the Ukrainian side performed by Dzhemilev, Chubarov and a certain number of Pravosek Gopnik. He is still a gopak on a rake. But...

However, some moments make not just think, but turn on the head. And think about the oddities.

Let's look at two events that are related to each other, untie them from the contractor and tie them to the customer.

For the first principle of any action: "To whom it is profitable."

So, the "blockade" of the Crimea.

The first thing that puzzles is the time. I am a bad saboteur, but I think something about economics. If in my opinion, the blockade of the Crimea had to begin in June-July, when tourists from Russia came to Crimea, who, of course, did not come, but still those who arrived, but not the tourists could spoil the whole holiday, as well as Crimeans who sold out to the dark god Putin, but want to go back to Ukraine, and that is why Ukrainians should cause them as much suffering as possible.

And, by the way, the power lines had to be torn at this particular time.

The picture of the hoo ... Holiday season is in full swing, and the shops are empty and de-energized. There is not much in the markets either, because meat and fish in + 30 will not save much. And with entertainment full of seams, except for the sea and the sun is nothing. How do you?

Here I am. Damage would have been enormous. Both in economics and in morale, because in the summer one could only dream of launching an energy bridge.

Oh no. He can think. 15 years of thinking in the chamber and the camps even when the USSR can learn to use the head. Not everyone, but Dzhemileva taught. Plus, well-developed survival skills and honed self-preservation instinct to a razor.

Plus he has a master. Indeed, we will not look foolish and believe in the statement of the great shepherd of the Tatar people that he is independent and independent. Place in the Parliament is good, but I want to eat regularly, and preferably more tasty. Well, and all the rest of it. 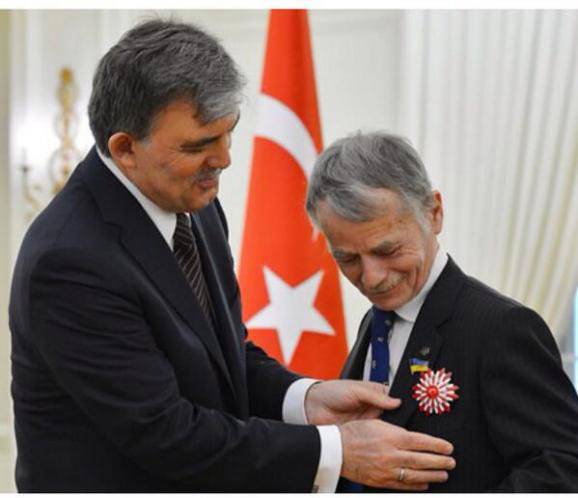 The second most important order of Turkey ... yes, this is not easy to work out. But if there are brains, then it is possible. Plus, again, the instinct of self-preservation.

Without doubt, Dzhemilev was not going to spoil relations with the Crimean-Tatar elites who remained in the Crimea, and accepted the union with Russia as a fact. Too many connections, including economic ones. And there is no doubt that if Dzhemilev began to cut a common hen that lays golden eggs - that is, if he tried to disrupt the tourist season, the Crimean Tatar public could put up with a reprimand for him in the head. Yes, and with the control.

Therefore, Dzhemilev recruits a team of thugs from the “Right Sector” and other organizations and begins a “blockade” of the Crimea in early autumn. When the tourist season subsided, and the tangerines and peaches fully ripened. In Turkey, of course.

Good for almost all parties.

Crimean Tatars working in agriculture in Crimea are good, because Dzhemilev removed all Ukrainian competitors who brought products to Crimea.

Crimeans are not bad, because once again they were convinced of the correctness of their choice.

It is bad only overnight to the ruined farmers of Ukraine, who for centuries carried the fruits of their labor to the Crimea. And forced or to give products for a pittance, or throw in an unusable form.

And what a joy the Turks had ... Fruits and dried fruits from Turkey, which did not join the sanctions of a number of Western countries against the Crimea, poured into the ports of the peninsula. According to the Rosselkhoznadzor, only from 1 to October 19, more than 385 tons of Turkish fruits and more than 20 tons of dried fruits were imported into the ports of Sevastopol and Evpatoria.

And here for the first time flashed the name of Lenur Islyamova. Former Crimean deputy and businessman. Evil tongues claim that Islyamov received half a million dollars from Turkish businessmen for organizing the blockade. Well, not a bad amount.

I hope, Islyamov managed to work it out. But more about that below.

And we go further. To the energy blockade.

Here Islyamov showed himself in all its glory. He had previously well promoted on the food blockade, the benefit of his own channel, the ATP allowed. But after the explosions, having re-qualified himself from a businessman to a half-field half-commander, he completely ceased to leave the programs.

And in one of these sermons, Lenur spilled a little.

It turns out that food and energy blockades are just the beginning. It will come to the new "Crimean Maidan."

Indeed, if there is a shortage of electricity and a shortage of products from Russia (by the way, autumn-winter storms at the crossing could help) and the best Turkish neighbors, burning with the desire to alleviate the difficult fate of their brethren in the Crimea ... It is unlikely that such a scenario could to play. More precisely, Islyamov and Jamilev could count on him.

By the way, two teplohodika, dry cargo and tankerok, 27.11 already stood under loading in the port of Ayancik. And they had to bring assistance to the Tatars brothers in the form of diesel generators and fuel to them. But did not grow together.

Happened история with the Russian Su-24. And Aksyonov, in his characteristic manner, showed all the Turks at the door. Just a week after the diversion. 28 November.

Generators had to unload back.

By the way, in Ukraine, power sledges have caused many similar questions: why and to whom it is beneficial?

In the Ukrainian social networks were quite bright statements of the employees of the Zaporozhye NPP to the demolition men. The nighttime power line explosions caused all the emergency services at the station. The fact is that a sharp shutdown of the consumer, due to the technical specifics of the nuclear power plant, can lead to an emergency situation and, in the worst case, a catastrophe comparable to Chernobyl or Fukushima.

Unfortunately, among the blocking peninsula there were no physicists and power engineers. But there are enough frank idiots. Blindly carrying out orders and counting it is not clear what. The fact that Russia does not finish the energy bridge? Well, you know ...

The result is simple to disgrace. Dzhemilev, Chubarov and now Islyamov play the Turkish card. More precisely, they tried to play it. The goal is to sow discontent with the existing state of things in Crimea. And of course, not in favor of Ukraine. Just on the Ukrainian side, the trio wanted to spit.

Cemil and company prefers to serve the strong and the rich. Ukraine under this definition does not exactly fit. But Turkey - completely. Yes, we should not forget about the great-Ottoman imperial ambitions of Erdogan, the owner of the Tatar trio. In his blue dreams, Crimea is still called the "North Gate".

The plan was not bad. Execution disappoint. And in Russia, not fools are sitting. 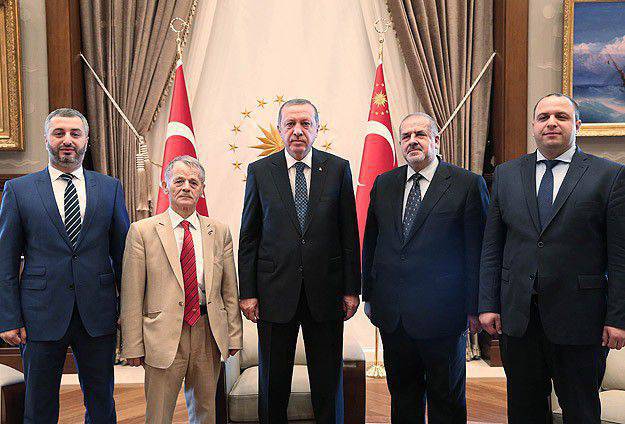 I am sure that if you put together this fun company today, their faces will not be so joyful. However, rightly so. Erdogan's investments in ISIS were more profitable.

Ctrl Enter
Noticed oshЫbku Highlight text and press. Ctrl + Enter
We are
A great interview with Sergey Lavrov: about Ukraine, Obama and IranWhat you didn't want to know about England
Military Reviewin Yandex News
Military Reviewin Google News
61 comment
Information
Dear reader, to leave comments on the publication, you must to register.