December 9 - Day of the Heroes of the Fatherland

December 9 2015
16
December 9 in Russia celebrates a memorable date, which in the official calendar is called the Day of the Heroes of the Fatherland. In 2015, the Day of Heroes will be celebrated for the eighth time. For the first time this date appeared in the calendar as a memorable day in 2007, when the State Duma of the Russian Federation decided to revive the pre-revolutionary holiday - the Day of St. George Cavalier. It is for this reason that December 9 was chosen as the date for celebrating the Day of the Heroes of the Fatherland - the day when the Order of St. George the Victorious was established in the Russian Empire.


The establishment of the Order by Empress Catherine II took place on 9 (according to another version - 7) on December (November 26 old style) 1769 of the year. The Order of St. George the Victorious is the highest award of the Russian Empire, which was awarded to the soldiers of the Russian army for valor shown in battle, as well as for long service in military ranks. 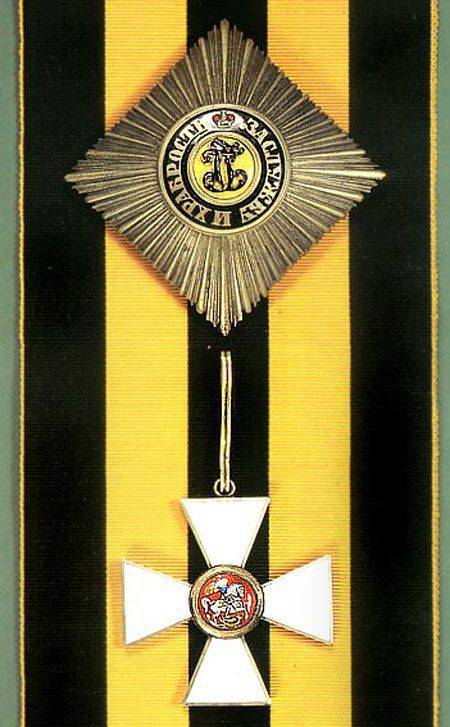 For all the years of its existence in the state awards register, the motto of which sounded like “For service and courage”, only four people have become gentlemen of all his 4 degrees. This is the Grand Duke Mikhail Illarionovich Golenishchev-Kutuzov, the Prince Mikhail Bogdanovich Barclay de Tolly, the Most High Prince Ivan Fedorovich Paskevich (Varshavsky), Count Ivan Ivanovich Dibich-Zabalkansky (Johann Karl Friedrich Anton von Dibich).

Historians believe that Catherine II herself became the first holder of the Order of St. George the Victorious. However, in the current historiographic “summaries”, the Empress is not mentioned as a gentleman of this order, and the first name is Fedor Ivanovich Fabrician (at the time of receiving the order - lieutenant colonel) - the hero of the Russian-Turkish war 1768-1774. Lieutenant Colonel Fabrizian was rewarded for having, with a consolidated detachment of about 1,6, thousands occupied the city of Galati, smashing the Turkish formation of 7 thousand.

From the decree:
For breaking with the detail entrusted to him in 1600, a man under the city of Galati, 15 in November 1769 of the year, very crowded against the number of enemy troops and the mastery of it.

The last time St. George Cavaliers (both officers, generals, and ordinary soldiers) were honored in pre-revolutionary Russia on November 26, 1916 of the year. As it then seemed to the people who were at the head of the revolution, the new country does not have any demand not only in the holiday, but also in the heroes themselves, because all those who opposed the previous government were actually recognized as heroes.

However, the cloudless, warless future than certain individuals in the new leadership of the state dreamed of in connection with the “impending victory of the world revolution” did not happen. Russia, and changing its name, has not ceased to be a target for those states that in recent years have been called “partners” and “friends” exclusively in quotes. As a result, the need for those people who are willing to sacrifice themselves for the inaccessibility of state borders, for what is called state sovereignty, without which Russia itself is unthinkable, was restored by itself. But the first award found the Hero in connection with his very different merits.

In April, the title Hero of the Soviet Union was established in the USSR 1934 with the additional distinction “Golden Star” (the decree of the Presidium of the Supreme Soviet of the USSR on the addition to the title of the Golden Star was signed only after 3 and more - in August 1939) .

From the decision of the Central Executive Committee of the USSR:
To establish the highest degree of distinction - the assignment for personal or collective merit to the state, associated with the accomplishment of a heroic feat, the title Hero of the Soviet Union.

And the first Hero of the Soviet Union becomes the pilot Anatoly Vasilyevich Lyapidevsky. He was awarded for the heroic rescue of passengers sandwiched in the ice of the Arctic Ocean, and then sunken, the ship Chelyuskin, making 29 search flights into an impenetrable blizzard. Lyapidevsky discovered the camp, landed on an ice floe and took people, including two children, on board the ANT-4 aircraft. It should be noted that Anatoly Vasilyevich performed the operation literally a few days after the disaster that the plane of another Soviet pilot, Sigismund Levanevsky, suffered at Cape Onman. Sigismund Levanevsky, by the way, was also presented to the rank of Hero of the Soviet Union for carrying out a flight to Alaska to deliver a doctor who carried out an emergency operation to one of the members of the Chelyuskin polar expedition.

4 November 1939, Anatoly Lyapidevsky was awarded the "Golden Star" for number one.

Anatoly Lyapidevsky died in 1983, and was buried in Moscow at the Novodevichy Cemetery. Streets in the capital, Grozny, Omsk, Yaroslavl, Artyom and other cities of the country are named after him. The name of the first Hero of the Soviet Union was named Flight Technical College in Omsk.

From Felix Chuev's poem:
... and meets in the doorway, smiling childishly,
Although there was a lot of gray hair added to childhood,
Anatoly Vasilyevich, Lyapidevsky himself,
Whose star is number one. 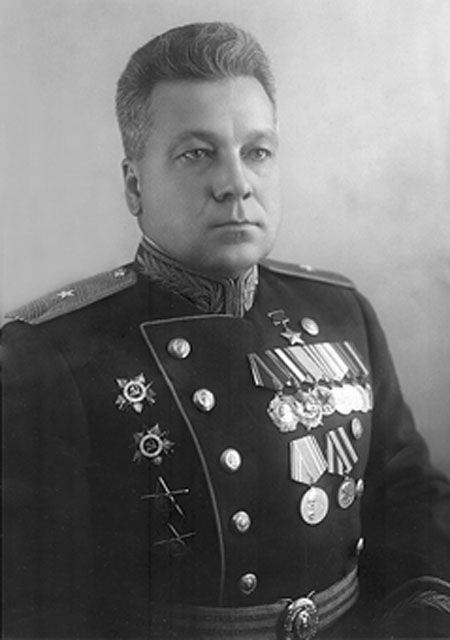 These days, the country mourns the Hero of the Russian Federation, Oleg Peshkov. Oleg Peshkov, lieutenant colonel of the Russian Space Forces of the Russian Federation, together with the navigator Konstantin Murakhtin, carried out military duty in the skies of Syria on the Su-24 with the tail number 83. 24 November 2015 of the year in the north of Syria bomber was shot down by the F-16 fighter of the Turkish Air Force. The pilots managed to eject. Lieutenant Colonel Oleg Peshkov received at least eight gunshot wounds during a parachute descent - militants, including representatives of the radical ultranationalist organization Gray Wolves, were already hunting the ground for Russian pilots. 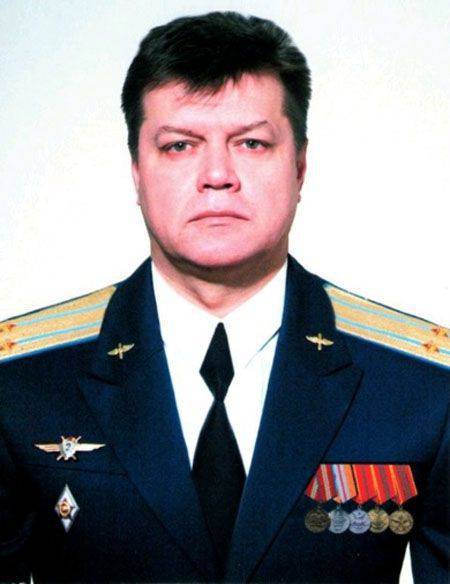 Konstantin Murakhtin managed to escape, and a few hours later he was discovered by Russian and Syrian special forces, who took the captain to the Hmeymim airbase. The body of Lieutenant Colonel Peshkov on November 30 was delivered to Russia. A Russian pilot-hero was buried on the central avenue of the Lipetsk cemetery with all military honors. Russian President Vladimir Putin signed a decree awarding Lieutenant Colonel Oleg Peshkov the title of Hero of the Russian Federation posthumously. The same presidential decree says about the posthumous awarding of a private soldier (sailor) Alexander Pozychnich, who participated in the search and rescue operation, with the Order of Courage. The Order of Courage was awarded to the navigator of a Russian bomber brought down in the skies over Syria, Captain Konstantin Murakhtin, who, in an interview with journalists, promised to return to revenge and avenge his deceased commander.

On this day, "Military Review" low bows to all those who defended and defend their homeland, who, without caring to receive orders and other regalia, honestly performs their duty. All of you are real Heroes of the Fatherland, and today is your holiday!