December 8 2015
25
A solemn ceremony was held at the airbase in Bangladesh on the occasion of the introduction of Russian-made Yak-130 into the country's Air Force, reports Look with reference to the corporation "Irkut". 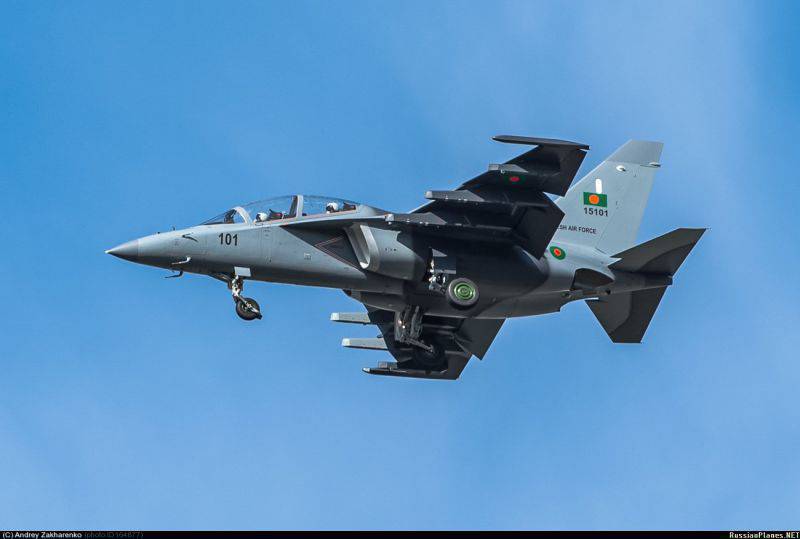 “December 6 2015 of the year at Bangabandhu airbase (Bangabandhu) took place the solemn ceremony of putting into service of the Air Force of the People’s Republic of Bangladesh of the first batch of Yak-130 combat-training aircraft. The aircraft were developed by OKB Yakovlev Design Bureau and built by Irkut Corporation PJSC (as part of the KLA), ”the release says.

“Launching the next generation of combat training aircraft will increase our training and combat capabilities. We hope for a further increase in the fleet of Russian aircraft in the future, ”the press service of the Bangladesh Air Force representative Ashraf Farukh quotes.

Ctrl Enter
Noticed oshЫbku Highlight text and press. Ctrl + Enter
We are
The action “Military service under the contract is your choice!” In Rostov-on-Don: future contract servicemen, exhibitions and “Russian Knights”Rating of the most significant contracts of Russia for the export of drug products concluded in 2012
Military Reviewin Yandex News
Military Reviewin Google News
25 comments
Information
Dear reader, to leave comments on the publication, you must to register.