Another terrorist attack in the northern Sinai (Egypt) 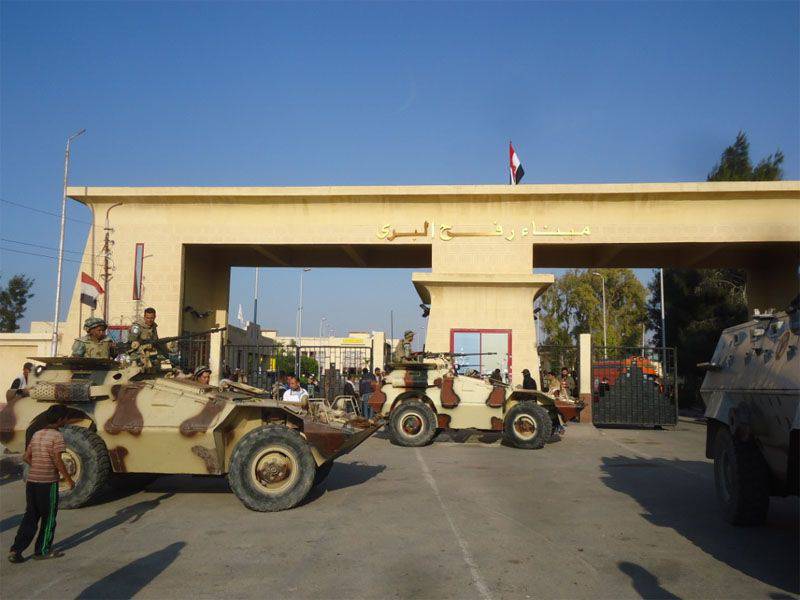 The terrorist act, which is exactly how the Arabian-language media write about the incident, occurred near the border of Egypt and Gaza Strip - in the area of ​​the Egyptian settlement of Rafah. According to some information, the militants of the so-called “Vilayata Sinai” may be involved in the undermining of an armored car. They carry out attacks and attack the Egyptian police and military in the northern part of the peninsula.

We call on the Egyptian authorities to fulfill the promises that were previously made in respect of citizens leaving Gaza.

Official Cairo appeals Gaza disregarded. Earlier, the Egyptian authorities stated that to fully open the checkpoint in Rafah, full coordination with the authorities of the Gaza Strip is needed, but there is no such coordination yet. Gazans decided to storm the border crossing - up to several hundred Palestinians attacked the checkpoint and broke into Egyptian territory.

After some time, an explosion thundered in Rafah. Whether local members of the DAISH cell were involved in it, or was it the work of the “guests”, the Egyptian investigation finds out, which has recently been forced to intensify work in the north of Sinai.

Ctrl Enter
Noticed oshЫbku Highlight text and press. Ctrl + Enter
We are
Egyptian air force destroyed about 20 militants in the north of the Sinai PeninsulaMedia: Egyptian air forces in the north of Sinai destroyed a motorcade of terrorists
Military Reviewin Yandex News
Military Reviewin Google News
9 comments
Information
Dear reader, to leave comments on the publication, you must to register.