December 8 2015
27
Information Agency Interfax-AVN reports that the Russian submarine Rostov-on-Don arrived in the eastern Mediterranean and is located near the Syrian coast. In this case, "Interfax-AVN" refers to a source "familiar with the situation." The main defense department information about the arrival of "Rostov-on-Don" to the Syrian coast is not officially confirmed, but not refuted. 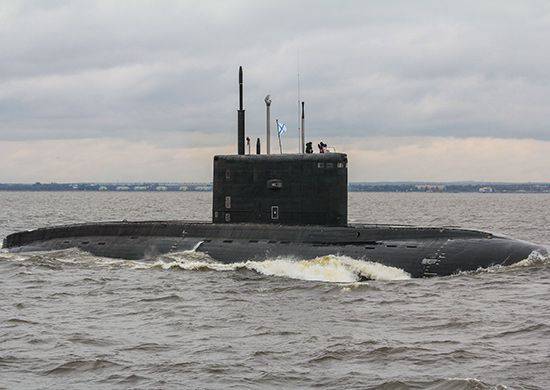 Correspondent news agency TASS asked the press secretary of the Russian president about the accuracy of statements in the press about the location of the submarine off the coast of Syria. Dmitry Peskov, obviously, making it clear that the question he was asked can hardly be called correct, he stated diplomatically:
It is necessary to ask the military, I do not have such information.

Earlier, the source of another media, RBC, stated that the Rostov-on-Don submarine had been in the eastern Mediterranean for several weeks and had time to strike the Caliber-NK complex with cruise missiles. Official confirmation of the fact that strikes with cruise missiles from the submarine on the positions of the militants in Syria were indeed inflicted, the main defense department of the country did not publish.