Borisov: foreign customers line up for our planes

December 8 2015
59
The capabilities of the newest Russian aircraft fighting in Syria, such as the Su-34, impressed foreign partners, many of them expressed a desire to purchase these cars, reports RIA News words of Deputy Defense Minister Yuri Borisov. 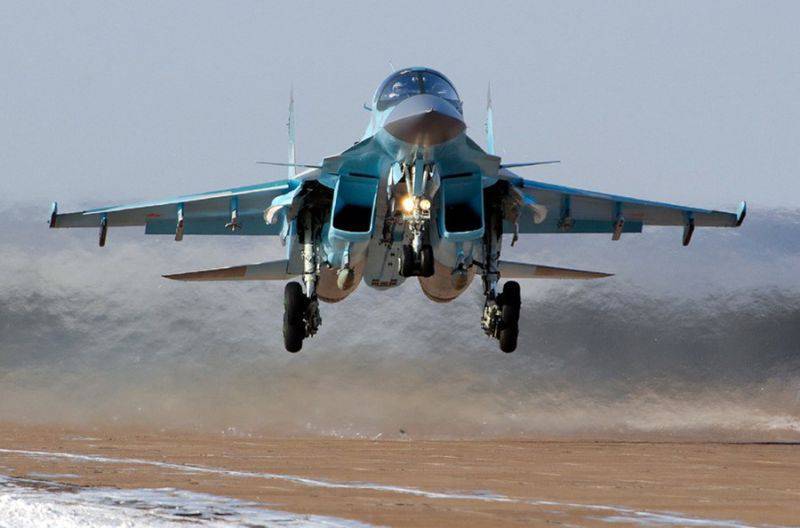 “Today, quite modern aircraft, such as the Su-34 and Su-35, are not inferior in any characteristics to Western models in the troops. This is the pride of our Armed Forces. They will long determine the state of our aviation. You know that today these models demonstrate their combat capabilities, including in the Syrian conflict. Behind them is already the lineup of customers,
Borisov announced on the Russia-24 channel.

The agency’s reference: “Su-34 front-line bombers are successfully used by the Russian Aerospace Forces in operations against terrorists in Syria. Su-34 by combat capabilities refers to the generation of aircraft "4 +". Among the features of the aircraft - increased flight range to 4 thousand kilometers, maximum speed up to 1,9 thousand km per hour, as well as the availability of the latest weapons control system. "