December 9 2015
46
The militants of "IG" had monetary problems. Bearded bookkeeping comes to a standstill. The leadership of the grouping goes to unpopular measures: it reduces wages to the soldiers of Allah. Territories that bearded earlier declared their own, float away from their hands. According to Western experts, the “caliphate” has already lost a third of the conquered lands. The Islamists are losing incomes in the form of taxes that they imposed on the occupied villages - now liberators-Kurds have come there. 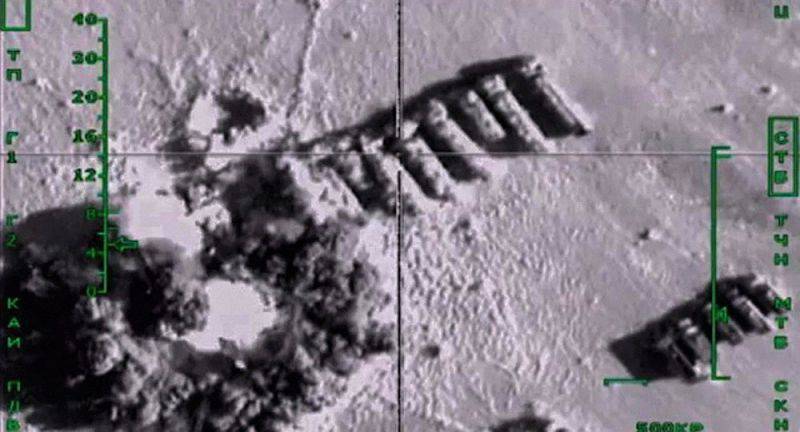 В Washington Post An article by Hugh Neilor was published, telling about the times of crisis for the militants of the Islamic State.

According to many estimates, the Islamic State is the richest terrorist organization in the world, reminds the journalist. At the same time, it seems that the IG had major monetary problems that could undermine the ability of the “caliphate” to wage war and dictate the will of millions of people in the occupied lands.

According to analysts, the military forces in Iraq and Syria, supported by the United States, conquered a significant part of the territory from the group, thereby depriving the militants of "traditional sources of income." Cities and villages that were previously captured by the “Islamic State” and in which the terrorists collected taxes were recaptured by Arab and Kurdish soldiers. And "war trophies", including oil fields, as well as captives, for which you can get a ransom, are a thing of the past.

Quinn Mecham, an associate professor of political science at Brigham Young University, said that over the past two years, Islamists have received "most of their income" through conquest, confiscation, extortion, and "one-time actions". All this the analyst does not consider a sustainable system for financing. In addition, the warriors of Allah are now losing captured territories.

Information about the finances of the “Islamic State” is very “foggy,” the journalist writes. Yet it is clear that various “items of income”, including extortion and smuggling of antiquities, helped the terrorists to live for more than a year even with air strikes of the American coalition.

A senior State Department official recently said that militants receive from 1 million to 1,5 million dollars per day only from the sale of petroleum products. True, the coalition bombing their infrastructure and cargo delivery routes caused damage to this business - and there are undoubted financial losses.

Another source of cash flow is the “complex bureaucracy” of the “IG”. The militants of the “state” use threats of violence, including corporal punishment and beheading. The brutal "Islamic State" imposes taxes and fines from about 6 to 9 to millions of people in the areas of Iraq and Syria who live according to its "laws".

According to the Arab media in January 2015, the group had a “budget” in 2 billion dollars. This is probably an exaggeration. And yet, the militants "saved up enough money" to create a "budget surplus," says Benjamin Bani, an analyst at the Rand Trust.

But here are the big cons. The “Islamic State” lost a third of the territory it previously controlled in Iraq, including the city of Tikrit and the refinery in Baiji. Iraqi military and pro-government militias repulsed these areas with air strikes of a US-led coalition. In Syria, the support of the coalition from the air helped the alliance of Kurdish and Arab forces: they conquered state key areas from IG near the self-proclaimed capital of the group, Raqqi.

William McKents, an expert at the Brookings Institution, believes that IG is losing control of cities, and the economy of the group is “suffering from the war” because “tax revenues are declining.”

Analysts say that the loss of territories may have forced the group to turn to terrorism abroad (this includes attacks in Paris, where 130 people died). These attacks are "a way to apply new pressure on enemies." In addition, IG reallocates resources to strengthen its “branches” in other regions of the world, including Libya.

There are signs that the group is “tightening budget spending.” The militants' salaries were reduced from about $ 400 per month to $ 300, notes Columb Strak, a specialist in the Middle East. Terrorists invent new taxes: on events, on products, on mobile phones.

Colin P. Clark, an analyst at Rand, says that with the rise of coalition air strikes, the group will have to “tighten their belts.”

The publication reminds that British military aircraft bombed targets in Syria. Strikes are also made on oil fields.

Russia, which is not coordinating its operations with the coalition, has also strengthened its operations in key oil-producing areas of the Islamic State in eastern Syria.

The rather modest mention of Russia in the American article probably has reasons, we add. The Ministry of Defense of the Russian Federation believes that some of the statements of Washington suggest the idea of ​​"direct patronage" of US oil traffickers.

A State Department spokesman earlier told reporters, the agency notes that the photos of the Russian Defense Ministry, which show hundreds of trucks with oil from the Islamic State, are genuine. However, he immediately said that he “did not see images of border crossings with tank trucks that cross the border”.

“Finally, our colleagues from the State Department and the Pentagon confirmed that the photographs we presented at the briefing — where and from where the oil of thieves flows from areas controlled by international terrorism — are genuine. However, their statements that they do not see border crossings with tank trucks that cross the border cause a smile, if only because the photo is a static image, ”said Konashenkov.

According to him, in addition to satellite photographs, the Ministry of Defense of Russia presented video evidence: trucks without stopping pass checkpoints on the Turkish border.

A spokesman for the Russian Defense Ministry gave the following comment about this: “When US officials say they don’t see how the smuggled oil of terrorists is delivered to Turkey, this is no longer deceit, it smacks of direct patronage.”

“Now it’s clear where the bandits have such money for buying weapons, recruiting new supporters, carrying out bloody attacks and why the territory controlled by ISIL has increased hundreds of times during this time,” said Konashenkov.

It is not surprising, we add in conclusion that the American press has a kind of “patronage” of the IS militants, at least in the person of the Washington Post newspaper (one of the largest in the foremost democracy in the world). Hugh Neilor’s article on Russia’s actions in Syria is given only a miserable paragraph, while the successes of the American coalition and its effective support for local fighters are extolled to the skies by some 4 / 5 material. This is despite the fact that the real achievements of Americans in the air, including the bombing of trucks with oil, are much more modest.

If we recall that the so-called independent press in the United States is funded by the State Department, then everything falls into place. In the end, Obama last Sunday promised to destroy the "IG". And now in the democratic press went triumphant reports.

Observed and commented on Oleg Chuvakin
- especially for topwar.ru
Ctrl Enter
Noticed oshЫbku Highlight text and press. Ctrl + Enter
We are
Rozhava - the land of the Soviets. How do Syrian Kurds fight and build a new world?What threatens the world and the Russian caliphate. Part of 2
46 comments
Information
Dear reader, to leave comments on the publication, you must to register.