Flight tests of the PAK FA are nearing completion.

December 8 2015
58
Flight tests PAK FA (T-50) are close to completion, the aircraft confirms all the characteristics embedded in it, transmits RIA News the message of the deputy head of the Ministry of Defense Yuri Borisov. 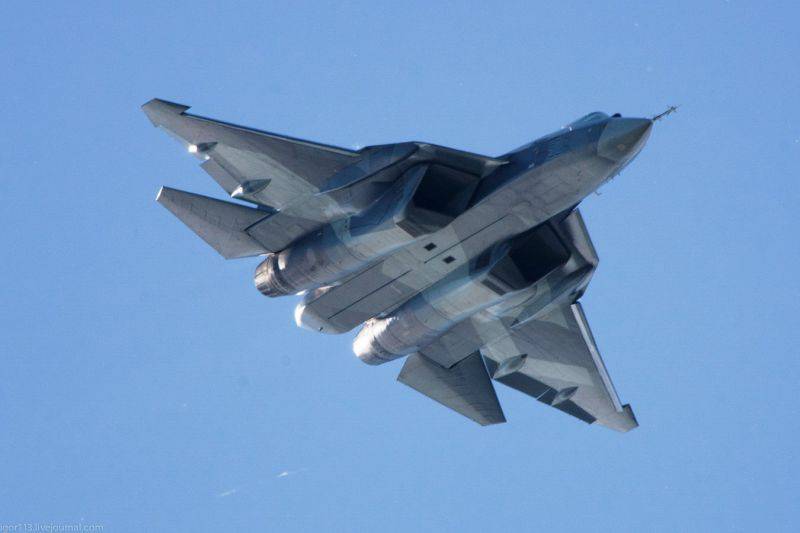 “Now several planes are being tested, first of all, tests of radio-electronic equipment and various means of destruction. In fact, the tests that confirmed the aircraft’s performance have been completed, ”Borisov said on the Russia-24 channel.

Help Agency: “T-50 (project PAK FA) - the fifth generation aircraft, equipped with a fundamentally new avionics complex and advanced radar with a phased antenna array. The first flight took place on 29 on January 2010 of the year in Komsomolsk-on-Amur, the first public demonstration of the fighter was 17 on August 2011 of the year at the International Aviation and Space Show MAKS-2011 in Zhukovsky near Moscow. ”

Ctrl Enter
Noticed oshЫbku Highlight text and press. Ctrl + Enter
We are
Hopes for the anniversary MAKSMedia: Putin vainly admired the T-50 fighter - he was shown the plane with the old stuffing
Military Reviewin Yandex News
Military Reviewin Google News
58 comments
Information
Dear reader, to leave comments on the publication, you must to register.