What awaits science and education in the DNI? 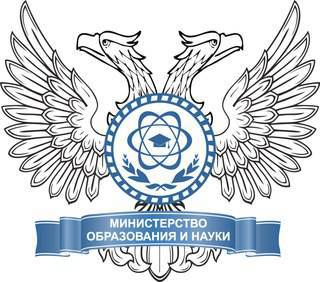 Obviously, a peaceful life, what is largely called everyday life, is settled down in the Donetsk People's Republic. Of course, it can be seen with the naked eye that in the capital and large cities (especially in the rear) this process goes faster and more efficiently than in the countryside, especially near the contact line, where people are still forced to hide in basements, because the Ukrainian side, despite the Minsk agreements, does not even think of stopping the shelling.


These are objective reasons. There are also subjective, associated with a shortage of personnel professional managers who simply had nowhere to take. There is nothing good in this, but there is no point in being ashamed of such a state of affairs.

Most of the so-called. “Strong business executives” one way or another, was inscribed in the previous government and conducting business with them without a special control body (commissars, if you will) inevitably causes costs associated with the old management methods that are unsuitable during crisis times. “Fiery revolutionaries” are incredibly difficult to rebuild themselves from the usual opposition program of loosening the system to the program of its creation. Not because they do not want, but because they are not used to. But they take, nevertheless, and rebuild, as long as they do not want their dream to be turned to dust.

In general, everyone spoke about the key issue of personnel, in particular, Joseph Vissarionovich Stalin, who solved it with the help of the widespread introduction and development of high-quality universal education. The revolutionary Donetsk People's Republic did not face the problem of universal illiteracy (well, Ukraine did not manage to completely destroy the intellectual heritage of the USSR), but appeared to face the problem of recognizing its education documents. Experiences about this are quite justified, but in our case it is very important not to fall into a mystification. To this end, we turned to our sources in the universities of the DPR, as well as in the bodies directly involved in educational issues, and learned the following:

“Framework agreements have been adopted with Russian universities, and they operate. The students went to defend themselves, passed Russian state examinations and received a standard Russian diploma. At the same time, the process in the LC is faster and more optimal. For example, in Lugansk, the opening of the Council on Philosophical Sciences is being prepared. Members of the Council are representatives of the Southern Federal University. It is clear that the inclusion of Russians there is already a kind of guarantee that there will be less problems with diplomas.

We in Donetsk have opened such a Council on historical sciences, but its members are all local. Of course, the problem is being solved, but we must clearly understand that while the DPR is unrecognized, our diplomas are also unrecognized. The process is rather sluggish due to the lack of a global political solution. If this had happened just like it was done in 1997 - a framework agreement between Ukraine and Russia on friendship and cooperation, and there is a clause on education and science - then everything would be fine. ”

The same is confirmed by another source:

“This year there were no problems with our school certificates. There was an official statement to this effect by the Russian authorities and all were calm. This year there were not so many people as in the past, because the situation in the republic is calmer. Fewer parents are concerned about how to send their children away from hostilities. And at a high level in Russia there is a go-ahead to receive people, therefore they accept. Although, it must be said that earlier education documents for foreigners in Russia were not very necessary. After all, education systems are still very different. In general, the dynamics are pretty good.

Higher education diplomas are mostly already received by Russian. Already in the summer, a number of faculties were able to issue Russian diplomas obtained under the external program, while other universities have very good chances of obtaining such diplomas somewhere before the winter session. With regard to the protection of scientific degrees, the HAC (Higher Attestation Commission) has been created and is normatively ensured. Technical capabilities for the protection here. "

What will happen next with obtaining scientific degrees, the deputy of the People’s Council of the DPR, the chairman of the committee on education, science and culture Miroslav Rudenko told us:

“Nowadays, scientific councils are being created, at Donetsk National University, there are two councils in mathematics, on the history of world and domestic, many economic specialties. The Ministry of Education has rather stringent requirements, so there are not so many of them. To find a way, they are trying to attract specialists from the Russian Federation to these councils and, as far as I know, these documents will be recognized. This has been discussed before. Moreover, at the moment, from the cohort that used to prepare for the defense of about a dozen doctoral dissertations, they are ready and will undergo all the necessary procedures for defense at the beginning of next year. They will receive our documents, but they will be quoted in the same way as the documents of the Russian sample.

The Ministry of Education was able to agree on education documents. School certificates were already actively used this year. Diplomas of universities and documents on scientific degrees, I think, will be recognized from next year. Additional receipt of the Russian diploma is not required, because our diploma, in fact, will not be inferior to the Russian. On the territory of the Russian Federation, of course. We cannot wait for recognition from Ukraine or the United States. ”

It is encouraging. It is clear that the main thing is to be a professional and no paper can replace this, but there are many professions where it is simply impossible to hire a person without a diploma: doctors, teachers, scientists, etc.

Therefore, it is not an ephemeral perspective at all, about which, in particular, Miroslav Rudenko said, it cannot but inspire.

However, it is too early to fall into euphoria. Ahead is the hard work not only of the republican leadership, who needs to somehow magically turn from revolutionaries into business executives, but also from every citizen of the DPR, who is required to become a citizen from an ordinary person.

And we will closely monitor and inform the readers about the real state of affairs over the development of the system of science and education in the republic.

Ctrl Enter
Noticed oshЫbku Highlight text and press. Ctrl + Enter
We are
The head of the DPR visited Gorlovka, the cadets took the oath, and in the "Olympic" hosted the forum "Donetsk Republic"Situational analysis of the death of the MH17 flight (Malaysian Boeing 777), made on the basis of engineering analysis from 15.08.2014
Military Reviewin Yandex News
Military Reviewin Google News
6 comments
Information
Dear reader, to leave comments on the publication, you must to register.