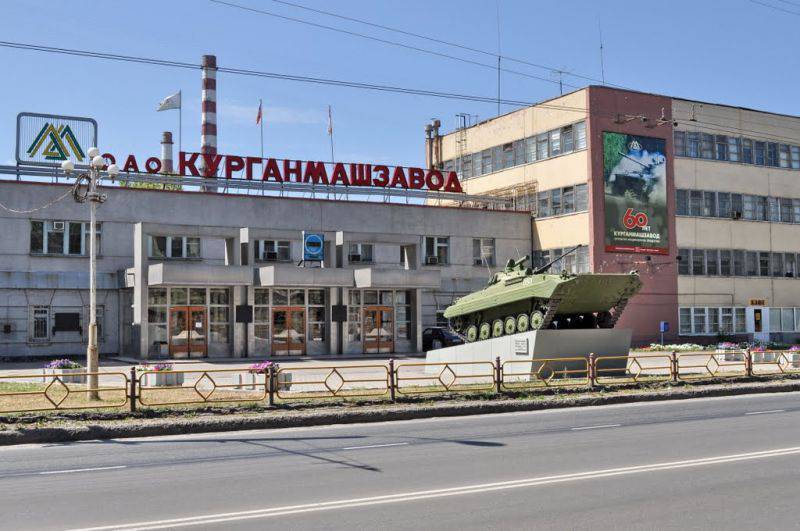 I read the press, especially on current topics of war in Syria and the ATO in Ukraine. I want to be aware of the capabilities of the enemy and our capabilities. I do not call for war, no. But in order to "check the powder flasks," I urge. Any sane person understands that gunpowder is good only when it is dry.

I recall our delight after the parade on May 9 of this year. With what pleasure we looked at new Tanks, new APCs, new infantry fighting vehicles. Power, beauty, confidence. And pride. We could, we are no worse than our fathers and grandfathers. And our technique is the best.

It was then, in May, many readers learned about the existence of a plant in Kurgan, which brought to life what became the basis of our pride. I will not tire of listing everything that is produced in Kurgan. Three items are enough. Only three, so that the reader understood. BMD-4M, "Kurganets-25" - a platform for armored vehicles, BTR "Shell".

At present, in the present conditions such an enterprise cannot be unprofitable in terms of the product range. All three products are not just needed by our army. They were vital yesterday. And the government understands this. Therefore, the orders and the factory literally littered until the end of 2017 year.

Literally a bit stories. For those who are not very familiar with Kurganmashzavod.

The factory was founded in 1950. From 1954, he switched to military production. In particular, tracked tractor. These machines were widely used not only in the army, but also in the oilmen of Siberia and the Arctic. From 1967, he began mass production of infantry fighting vehicles. Currently it is the only company where such equipment is manufactured.

Today KMZ - one of the world's largest exporters of BMP. 28 countries of the world buy these cars of various modifications, and in India and Slovakia, enterprises have been created that produce licensed BMP-1 and 2. 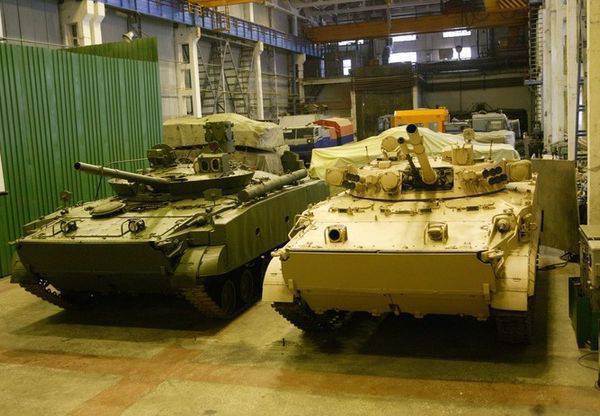 In order to unify the BMP-3 already distributed in the army with the Airborne combat vehicles, the KMZ designers developed and tested new BMD-4 vehicles. 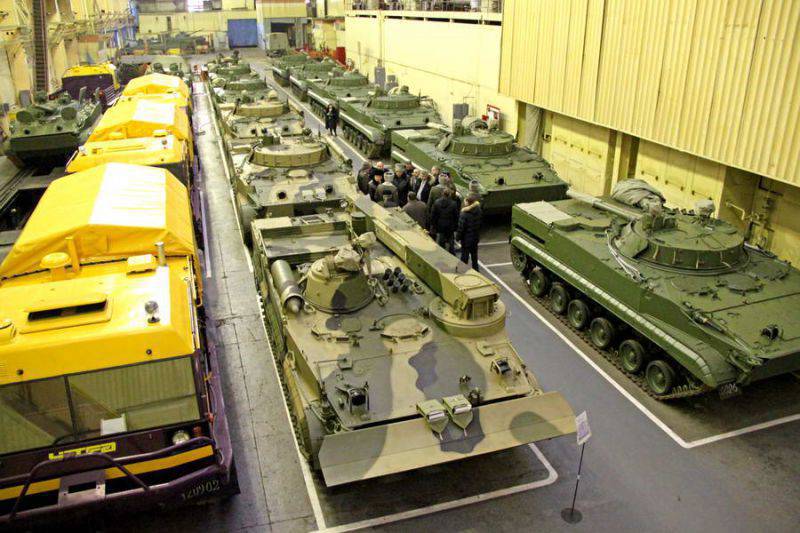 Since 2005, the plant became part of the concern "Tractor Plants". 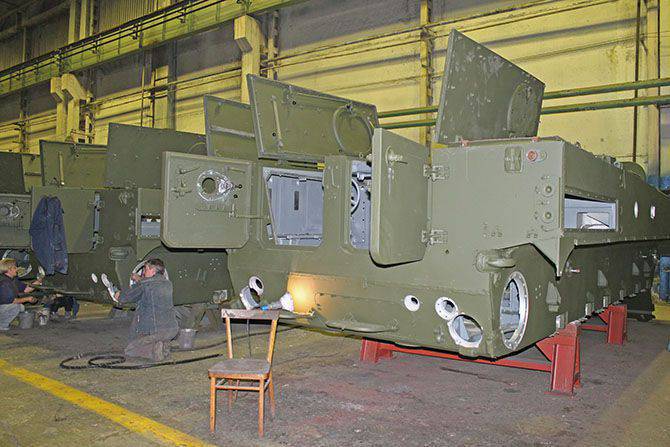 And now the unexpected. The very fig, which is in the pocket. I read the letter on Change.org, and an explosion occurs in my head. Well, can not be. Some kind of nonsense. In order not to paint what and how, just give this letter completely.

"Dear Vladimir Vladimirovich! Many factories of the city of Kurgan have been liquidated, now the question of all future workers of Kurgan Machine-Building Plant about its future fate is very worrying. The debts of the enterprise led to a delay in wages, switching off heating, hot water and gas in the enterprise, people are forced to work in inhuman conditions, the temperature in the shops + 5 + 7 degrees. Due to the low temperature in the shops, the equipment can not work in full, and the equipment itself leaves much to be desired. working on machines with emulsion, hands freeze. After work, people are forced to take a cold shower. And this is all at a time when military equipment is assembled at the plant - BMP vehicles. It also collects civilian products, such as MKSM, tracked all-terrain vehicles. There are minimal workers, on average 10-15, because there are a lot of problems at this enterprise and the management knows everything, but doesn’t take any actions. We, the workers of OJSC Kurganmashzavod, ask to stop the arbitrariness of the management - the collapse of the enterprise! Patience at the limit, and there is no more strength to remain silent and wait for what is not known! "

I hope, of course, to whose address it is written.

I read several comments under this letter. To be honest, horror. How can this be? And then he looked at the rest of the Kurgan plants. Just looked and understood: it may well be.

There was once in Kurgan famous factory "Kurgan wheel tractor". Many people remember his products in the old films. Once he released the MAZ-535, and a little later the MAZ-537 (truck tractor). But we are better known for the famous powerful machines with the wheel formula 8х8 КЗКТ 545, КЗКТ-7458 "Rusich", КЗКТ-8005. These tractors could transport semi-trailers weighing up to 100 tons, trailers weighing up to 80 tons, aircraft weighing up to 200 tons. Could ...

Now they can not. There is no longer this plant. And the team in 11 000 people do not. The plant went bankrupt and was sold in parts at the end of April 2011.

Naturally, we will keep the situation at the plant under control. I wonder how it turns out that defense orders do not solve the problem of non-payment of communal? At what prices are these orders? Or at what prices communal? But in any case, it is impossible to demand outstanding success from a team that works in such conditions. A person who is thinking about how to warm his hands and wash himself after the shift will not think about how to increase the output and ensure its proper quality.

And then we are forced to "express concern" with another exploding carrier rocket or a satellite that did not work. And express. And what's the point?

Just recently, we wrote about the plant "Omsktransmash". And we wrote not only. And I am glad that everything worked out at the factory. Up to the point that the workers who had already been dismissed due to reduction were being touched back. And the workers returned, leaving other places. Maybe more profitable. As one of the "returnees," "plant, he's native ..."

Many good and clever words are spoken on the theme of the revival of our military-industrial complex. But you have to do it. And it begins not with Rogozin’s hot statements, but with hot water in the shower and hot batteries in the workshop.