December 8 2015
41
In early December, there were reports of a new Russian success in the field of armaments and military equipment. The foreign press has published data on the testing of new Russian weapons, which in the future will come to the defense of the country. At the same time, the Ministry of Defense of Russia, for some reason, has not yet commented on the reports of the foreign press and is in no hurry to confirm or deny the published data. Consider this situation in more detail.


The first message about the tests of the new weapons Russian development was published by the American edition of The Washington Free Beacon 2 December. The author of the publication, Bill Gertz, obtained from his sources data on the new Russian project and published them in the Russia Flight Tests Anti-Satellite Missile (“Russia completed a test launch of an anti-satellite missile”). As can be seen from the title, the author touched upon the topic of developing new tools that will be used in the future in the field of missile defense. The subtitle of the publication states that Russia joins China in the construction of its space defense potential.

At the very beginning of his article, B. Gertz claims that Russia conducted the first successful test launch of a promising anti-satellite rocket, which could be considered the beginning of a new stage in the militarization of outer space. According to the author, the launch of the rocket, known as the “Nudol”, took place on November 18. Information about these tests was obtained by the author from a source in the US military, who, however, was not named. The source also noted that this was the third test launch, but the first one that ended with the successful implementation of plans. 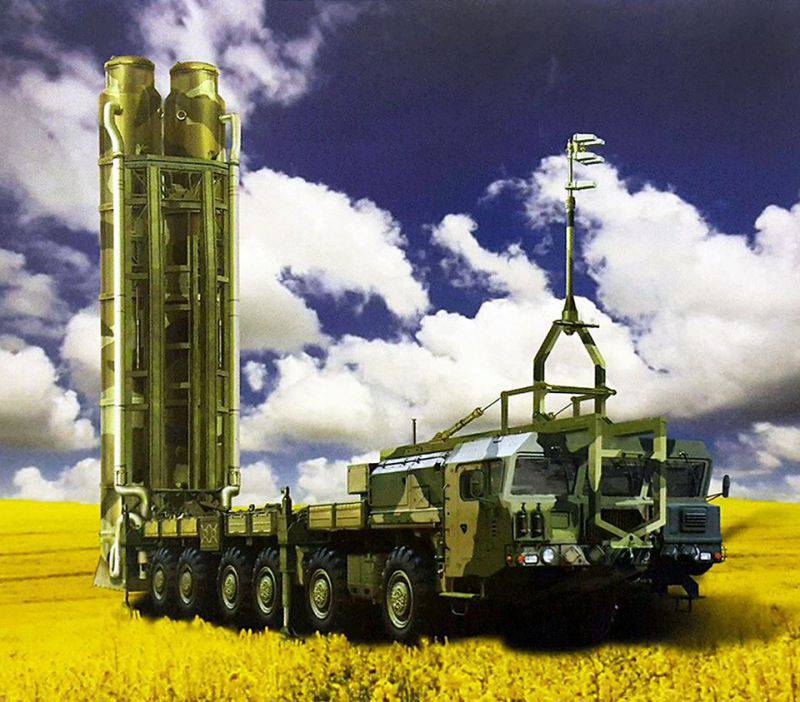 Further, the author recalls the projects of other countries. By launching the Nudol rocket, Russia joins China, which also develops special weapons to attack objects in outer space. So, in the last days of October, Chinese experts conducted a launch of a Dong Neng 3 rocket.

B. Gertts could not get comments from representatives of the Pentagon. Because of this, he had to turn to earlier statements by military officers. The head of the US Air Force Space Command, General John Heithen, warned not so long ago that Russia and China are currently working on new means of war in space, which could be a serious danger to the American group of spacecraft. The general stated in plain text that the new developments of other countries directly affect the interests of the United States.

The author of the publication Free Beacon notes that at the moment there is very little information about the Nudol project in the public domain. Nevertheless, he assumes that this development is being created as part of the construction and modernization of the missile defense system. From open sources, B. Gertz was able to find out that the promising defense system against long-range missiles, as well as a system for intercepting spacecraft, was being created within the framework of the ROC Nudol. The project is being developed by the Almaz-Antey Air Defense Concern.

General Heithen, in his recent speech, stated that he did not want to see the spread of conflicts in outer space. However, he noted that the United States must be able to protect itself from such threats. According to the general, currently several countries in the world are working on promising projects of anti-satellite weapons. These are Russia, China, North Korea and Iran.

B. Hertz recalls the opinion of analysts, according to which anti-satellite weapons are particularly dangerous for the United States. With the help of a small number of interceptor missiles, Russia or China can cause serious damage to American reconnaissance, navigation, or communications equipment built on the basis of spacecraft. As a result of such an operation, the work of military and civil structures will be disrupted.

Immediately the author quotes the congressman from the pc. Kansas Mike Pompeo (Republican Party). In his opinion, testing of the Russian rocket is a problem. He talks about serious problems of a political and military nature: while US President Barack Obama is trying to cut the military budget and build relations with official Moscow, the Russian defense industry continues to develop its military systems designed for work in space. Such weapons, according to M. Pompeo, can make useless American cyber systems or advanced kinetic interceptors.

The congressman calls not to turn a blind eye to this problem, but to start creating a response. He demands to develop defense systems that can prevent the destruction of satellites by interceptor missiles, and also to deprive the potential adversary of the possibility of using anti-satellite weapons for political blackmail purposes.

There is no optimism in the opinion of the former employee of the American military department Mark Schneider, who is also quoted by B. Gertz. Russian tests, according to the former official, demonstrate the inability of the United States to effectively confront other countries in a hypothetical space war. M. Schneider believes that in the field of space weapons there is an abnormal bias towards potential adversaries. Over the past decades, Congress has prohibited the Pentagon from engaging in space weapons. As for the Russian industry, it, according to Schneider, does not face such restrictions. Moreover, Russia, if it needs it, even violates international agreements on armaments.

Having considered the risks associated with the recent tests of the Russian interceptor missile, B. Hertz tried to collect information on the promising Nudol project. With reference to several Russian sources, he mentions that Russia is currently implementing a project to modernize its missile defense. So, he refers to the recent statement by the commander of the missile defense division of the 1 Army Air Defense and ABM Defense Colonel Andrei Cheburin, who mentioned the modernization of existing systems. According to him, the troops will soon have to receive an updated missile defense system with the latest means of destruction.

Also B. Hertz tried to determine the approximate appearance of the promising system “Nudol”. Probably, this system will be used to protect certain regions of Russia from ballistic missiles, as well as to attack enemy space vehicles. It is noted that the only known image of this system implies the ability to quickly transfer some of its components using self-propelled chassis. At the same time, however, B. Hertz expresses doubts about the full realization of the advantages associated with the use of the chassis. To detect targets, the complex will need an appropriate radar station, which should also be mobile.

The author of the publication Free Beacon closes his article with a quote from officials and the latest the news. B. Gertz could not get a comment from the State Department, but he recalled past statements by representatives of this department. Thus, Frank Rose, assistant secretary of state for arms control, argued in February this year that continued development of anti-satellite systems is a destabilizing factor and, in the long run, threatens the security of the world and the preservation of outer space.

In the meantime, a strange event occurred in orbit. 25 November in orbit collapsed spacecraft NOAA 16, owned by the National Oceanic and Atmospheric Administration. The cause of this accident is being investigated. The destruction of the apparatus was discovered by specialists of the space command of the air force. According to the representative of the command of Nick Mercurio, during the destruction next to NOAA 16 there were no extraneous objects. The wreckage of the apparatus does not pose a danger to other satellites.

Of some interest is the fact that information about the first successful launch of the interceptor of the Nudol system appeared in the foreign press, and not in the domestic media. Apparently, the reason for this was the good connections of the foreign author with the intelligence structures, which allowed B. Gertz to quickly obtain information about a promising Russian project.

If B.Gertz's sources provided him with the correct information, then we can talk about certain successes of the Russian defense industry. The existence of a project to modernize the existing missile defense system became known in 2010 year. Now there is information about the conduct of the first successful launch. At the same time, the two previous launches were unsuccessful.

Most of the information about the project "Nudol" is not yet subject to disclosure. According to the available fragmentary data, the main task of the project is to create a promising interception system. It should contain a new anti-missile with a launcher, as well as some aids, such as radar detection and guidance, etc. It can be assumed that the new anti-missile system will work as part of the existing complex and receive target designation from existing radars, such as Don-2Н. However, this requires a new interceptor missile and launcher.

In January, the corporate calendar of the Almaz-Antey Air Defense Concern was published on 2015, one of the pages of which was attended by a drawing of a previously unknown rocket complex. Experts have suggested that the figure shows the launcher of the missile complex being created in the framework of the Nudol project. If this assumption is true, then in the foreseeable future, a six-axle self-propelled machine with a lifting launcher for missile transport and launch containers will be adopted. What could be other systems of the complex, including the rocket, is unknown.

For obvious reasons, even the approximate characteristics of the “Nudol” complex are not subject to disclosure. There are suggestions about the possibility of hitting ballistic targets at ranges of up to several hundred kilometers, but verification of such information is currently not possible. Type of rocket engines, guidance systems, etc. same secret. The lack of detailed information about the project does not allow to draw any conclusions, although it is a good ground for forecasts and speculations.

The Russian military and defense industries are in no hurry to publish the details of the Nudol project. Because of this, in various discussions there are a variety of assumptions of the most different kinds, some of which may eventually be plausible. In addition, the general atmosphere of secrecy does not allow even with confidence to speak about the veracity of the information of The Washington Free Beacon. However, this does not prevent foreign experts from trying to assess the risks associated with the emergence of a promising Russian anti-satellite system. In addition, they receive a kind of confirmation of their opinion on the need for the implementation of certain projects.

In the current situation, against the background of the lack of full-fledged confirmed data, the publication of foreign press about Russian projects is of great interest, but it cannot be said that their appearance is connected with the work of our defense industry. The reason for their appearance may be the desire of foreign industry to receive orders for the implementation of new projects, which is why there are publications with "frightening" information. Nevertheless, it cannot be ruled out that 18 November really had the first successful launch of a promising Russian antimissile, and the new project was successfully progressing to a successful conclusion, thanks to which in the foreseeable future new systems of anti-missile defense will be adopted.