A modern arsenal will appear in the Tver region

December 7 2015
27
In the town of Toropets (Tver region), the construction of an arsenal for missiles and other ammunition is being completed, reports Rossiyskaya Gazeta with reference to the press service of Spetsstroy Russia. 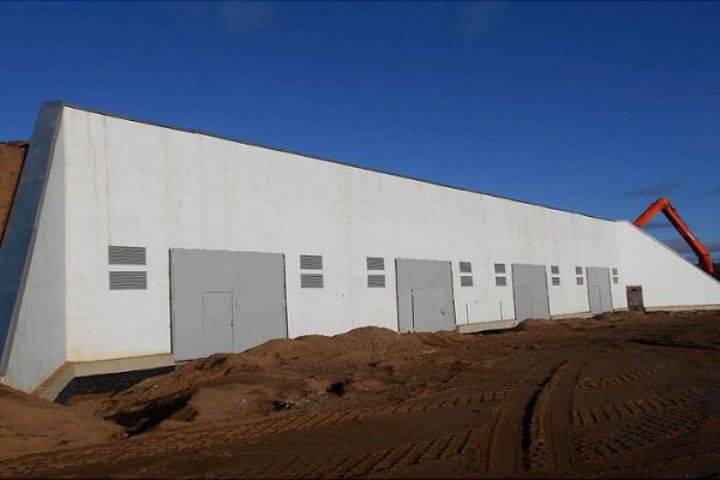 “The foundations, pillars and walls were erected, the overlapping, roofing, sprinkling of the building are being arranged. In the arsenal there will be cold and heated premises, electrical substations, sewage treatment plants, water and fuel storage tanks, more than a hundred fire reservoirs, ”the release says.

It is noted that "during the construction only high-quality materials of domestic production are used." About 200 people and 35 units of equipment are involved in the construction. The cost of the object - 3,6 billion. Rub.

Earlier, Sergei Shoigu reported: “In 2015, 454 will be built to store, thereby completing the arrangement of 13 modern arsenals and bring the storage system of missiles and ammunition in accordance with the established requirements.”

The program to improve the ammunition storage system was launched by the military in 2012 g and is designed to "eliminate the content of ammunition in the open." In total, the department will spend 90 billion rubles on modernization of the arsenals.

Ctrl Enter
Noticed oshЫbku Highlight text and press. Ctrl + Enter
We are
Armament and equipment acquired for the modernization of the "Admiral Nakhimov"Arsenal World of Tanks will replenish with new technology
Military Reviewin Yandex News
Military Reviewin Google News
27 comments
Information
Dear reader, to leave comments on the publication, you must to register.