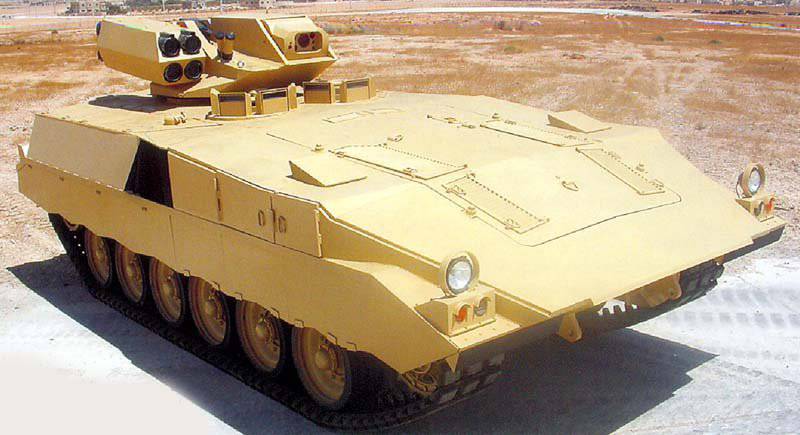 It seems that among the Middle Eastern builders of armored vehicles a new "fashion" is planned. In the late 80s, Israel began to remodel obsolete Tanks in heavy armored personnel carriers, and ten years later Jordan joined him. In the early 90s, Jordan purchased Challenger tanks (Al-Hussein in the Jordanian classification) from the UK to replace the obsolete Centurions (Tariq variant). And, seeing the Israeli experience, the kingdom was not going to send the latter for remelting. On the contrary, it was decided to prolong their life by converting infantry into heavy combat vehicles.

The development of the tank conversion program was entrusted to the Jordanian company King Abdullah II Design & Development Bureau - KADDB (Abdullah II Design Bureau) and the South African MDB. Also, a number of sources mentioned participation in the project of the Ukrainian Plant named after. Malysheva. However, this company at that time was working on another version of the BMP for Jordan - the so-called. project AB13. The Jordanian project for reworking the Centurion, in turn, was named AB14. It was under these names that both samples were presented at the SOFEX 2000 exhibition. The following year, at the IDEX 2001 show in Abu Dhabi, the AB14 prototype was presented under a new name - Temsah (Crocodile). At the same time, as if hinting at the export prospects for re-equipping the tank, the approximate cost of re-equipping the prototype was named in the region of $ 50 thousand per vehicle. A tricky move: not all countries at that time removed the Centurions from service, and the purchase of completely new BMPs will cost several times more. 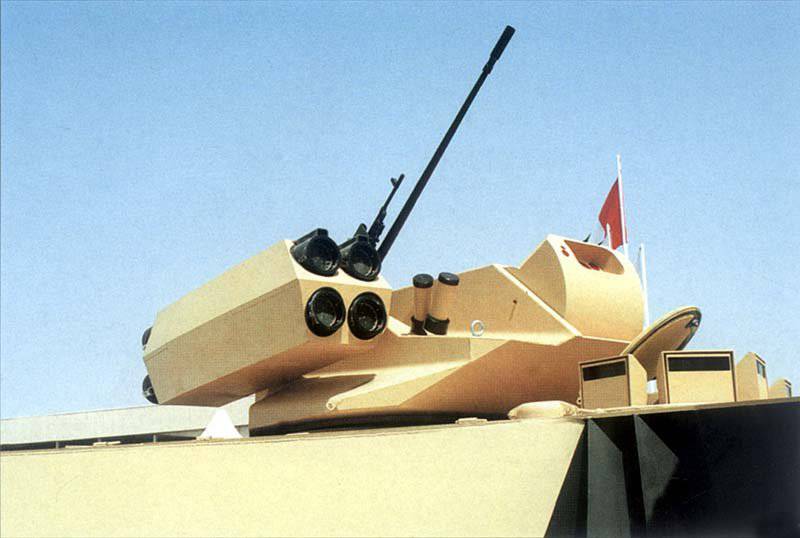 As is known, on the Centurion, the engine-transmission compartment is located aft, and the classic layout of infantry combat vehicles implies the rear placement of the troop compartment and the doors for dismounting. KADDB and MDB decided this problem not by moving the engine down or to the side, as on the BMP-3 (USSR-Russia) or Akhzarit (Israel), but in a more interesting way. Chassis "Centurion" turned backwards. Now the feed with the engine has become the front part, and the current feed has received sufficient volume to accommodate paratroopers in it. In connection with this "coup" had to change the shape of the new nose, change the direction of rotation of transmission gears, as well as adjust the suspension to maintain the desired tension caterpillars. The crew of the infantry fighting vehicle, reduced to two people, was moved forward and placed immediately behind the MTO partition, and at the old place of the driver the troop compartment was made for ten people. As a result, the troop compartment was 1,45 meters tall, 1,5 wide, and 3,5 long. To facilitate the abandonment of the car and return to it, the landing door was equipped with an electric drive. In addition to the aft door, it is possible to install hatches in the roof, from one to six, depending on customer requirements and the purpose of the machine.
In addition to the use of “Temsakh” as a BMP, it is possible to equip the machine with a command post, communication, sanitary and other options. The comfort of the crew, assault forces, telecom operators or doctors is provided by a ventilation system with filters and air conditioning. Also in the version of the BMP under the landing seats set boxes for dry rations and water supply. According to KADDB, there can be put a two-day supply of food and drink for all 12 people. 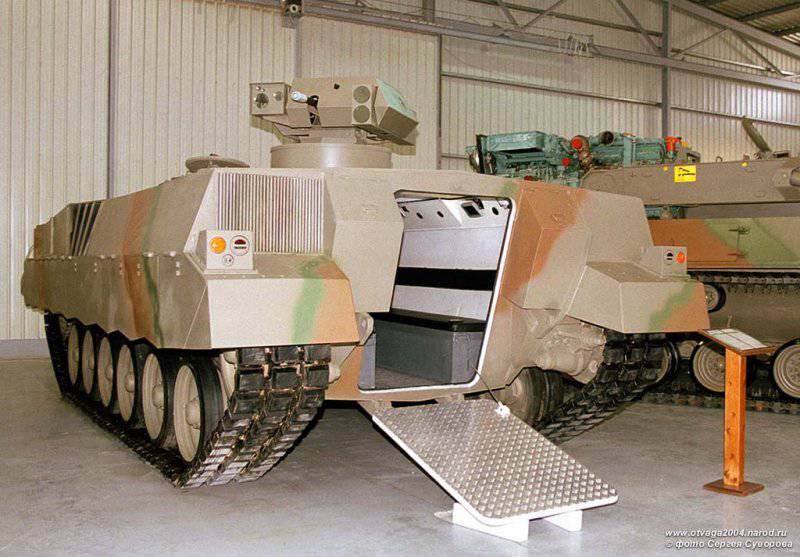 Protection "Temsakh", in addition to native armor "Centurion", is composed of a special casing of synthetic material based on Kevlar. It weakens the infrared radiation emanating from the car, and also slightly enhances protection against small-caliber projectiles. The onboard booking was also enhanced - now the homogeneous rolled sides withstand a hit of an armor-piercing sub-caliber projectile of caliber up to 30 mm. Also on the "Tems" installation of active protection kits is possible. Chemical, biological or nuclear protection weapons provided by a ventilation system.
The power plant, with the exception of the changes associated with the reversal of the structure backwards, has not changed. The General Dynamics AVDS – 1790 engine with an Allison CD-850 automatic transmission delivers maximum horsepower to 850. There is also a power plant option with the hp forced up to 950. engine and new gearbox - CD-1000.

Armament "Temsah" located on the gun installation SWARM, developed in conjunction with the British company Helio. The SWARM combat equipment itself consists of a GIAT M-20 621-mm automatic cannon. On the serial samples, a twin 7,62-mm machine gun M240 and a launcher for two or four anti-tank ZT-35 Ingwie missiles (South Africa, maximum range - 5 kilometers) was added. Ammunition of barrel weapons is 150 projectiles for the gun, plus the same amount in the packing and 600 ammunition for the machine gun plus two thousand in stock. The SWARM turret can rotate 360 °, and the angles of vertical guidance of the cannon and machine gun range from -8 ... + 40 °. In addition to weapons "offensive" on the BMP, there is also a "defensive" - ​​8 smoke grenade launchers. Since the turret is uninhabited, the commander of the BMP, which is also the operator of weapons, has at its disposal a number of means for observing and detecting the enemy. This is a thermal imager, a tele-camera with a zoom lens, a laser range finder and an electronic weapon control system, including a two-plane stabilizer. From his turret, the commander can conduct a survey through the glass on 180 °, for the remaining sector of space will have to use a camera located on the SWARM. Also, at the request of the customer, surveillance cameras can be installed on the vehicle body, the signal from which is displayed on four screens at the commander’s workplace. Boynits for firing personal weapons BMP does not have. 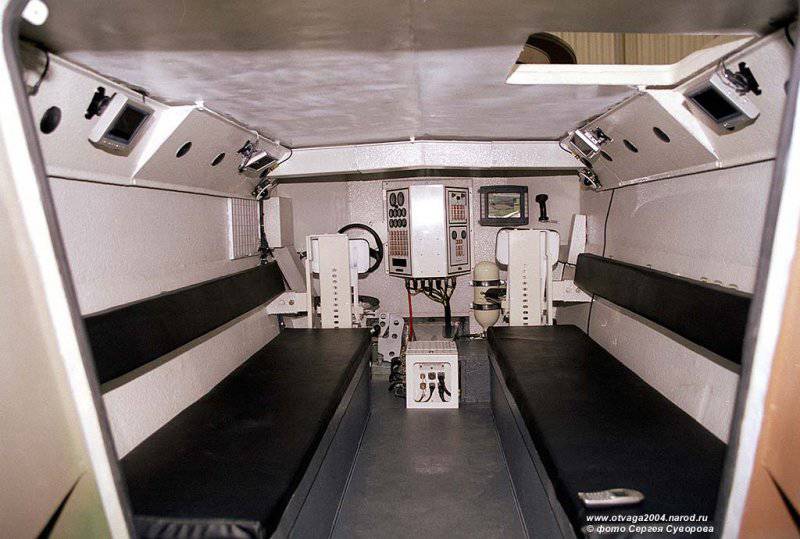 In 2006, a new version of the Tamsah was introduced - a heavy BTR. All weapons were removed from it, and a small trapezoid cabin with large glasses was placed in place of the SWARM. If necessary, the armored glass can be closed with metal shields with slits. Like the original, the BTR has a crew of two and a troop compartment for ten soldiers. In addition to felling, the BTR does not differ from the original. 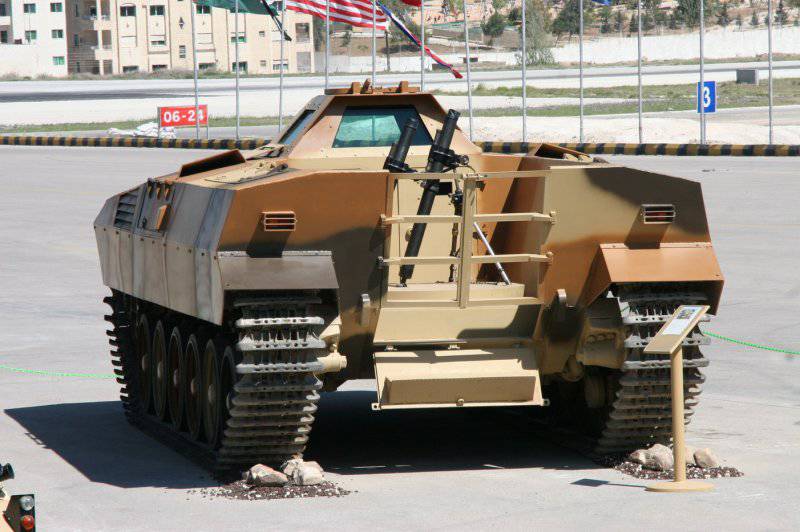 As is the conversion of old tanks into new infantry fighting vehicles, Jordan prefers not to brag. However, from different sources, from time to time, information appears that all three hundred Jordanian Centurion-Tariqs, which were in storage in the 2010 year, will be remade approximately to the 2015-20 year.