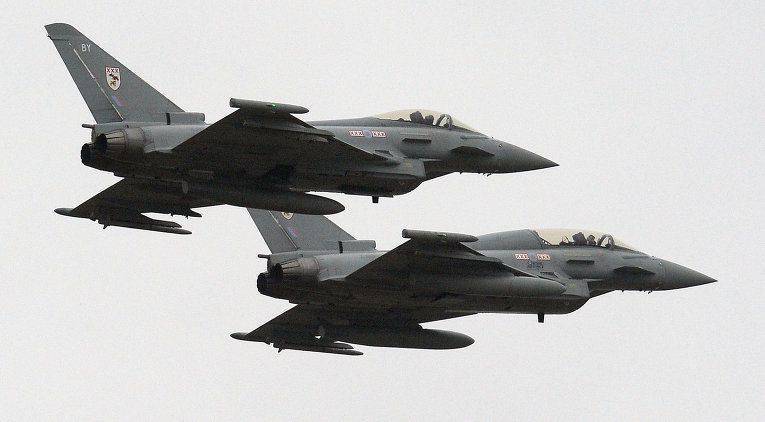 The newspaper notes that, "unlike the Tornado, the Typhoon fighters are equipped with more advanced radar and air defense systems."

"This decision was made in connection with the fears of possible random clashes in the sky over Syria," writes the publication. In addition, the placement of the C-400 SAM system at the Khmeimim base, as well as the equipment of Russian fighters with air-to-air missiles, played a role.

Commented on the situation aviation expert John Lake: "Any aircraft that take off from the British Air Force base Akrotiri (in Cyprus) fall into the range of Russian missiles, and Typhoon have impressive capabilities to protect themselves and others."

Recall the first attacks on DAISH British aircraft inflicted on the night of December 3.

Ctrl Enter
Noticed a mistake Highlight text and press. Ctrl + Enter
We are
Innovation Day of the Southern Military District: MLRS Tornado-GZRK C-200 rust in the woods near Moscow
56 comments
Information
Dear reader, to leave comments on the publication, you must to register.