Ukrovoyaki killed a woman under Gorlovka. And in the DPR on the holiday punitive answered Day of St. George ribbon

December 7 2015
23
The so-called “Armed forces of Ukraine” (and in fact the troops of the fascist junta, who illegally seized power) “celebrate” their professional holiday with shelling of the cities of Donbass. December 4, on the eve of this very Day of the Armed Forces of Ukraine, the fighters distinguished themselves with “glorious peremoga” - they killed a woman in the village of Zaytsevo near Gorlovka. 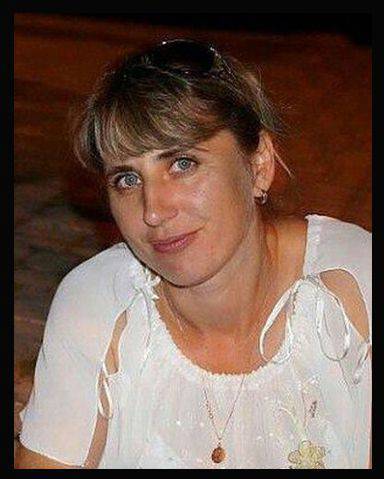 The victim - 39-year-old Victoria Bondar, a nurse who worked in the children's department. She has two minor children. On that day, she was riding a bicycle, and suddenly, at about 16 hours, ukrostref began, which claimed her life.

And it was not the first attack on the village Zaitsevo. Earlier, in the 9 hours of the morning, when the children were in school number XXUMX, Ukrainian punitive struck several blows at the building. Pupils had to urgently evacuate. Fortunately, there were no casualties. According to representatives of the Ministry of Defense of the DPR, the school was released full ammunition from an automatic grenade launcher - at least seven hits.

A group of OSCE observers was called to the village of Zaitsevo. And then the strange began. When in the area of ​​the death of a woman, local residents - witnesses of a crime - wanted to talk with the staff of the international mission, they ... refused. They said, "We are not interested." And they refused to fix the violation.

Deputy Commander of the Corps of the Ministry of Defense of the DPR, Eduard Basurin, called the behavior of the mission "to put it mildly, inadequate." He added: "This organization is here so that we would have peace, but they do not want to contribute to this."

Moreover, the OSCE staff suddenly left Basurin and people accompanying him in the neutral zone. The duty of observers is to be the guarantors of the safety of persons inspecting the shelling sites. In this case, the OSCE act simply put the lives of people at risk, because the absence of observers means the absence of a deterrent factor for the junta troops, who at any time could start firing.

As Eduard Basurin suggested, shelling of Zaitsevo is the fault of the nationalist battalion "Aydar".

Be that as it may, the “Ukrainian armed forces” are in any case responsible for what happened: you cannot separate the crimes of the “voluntary battalions” from the crimes of the junta as a whole. But December 6 addressed to the “heroes” sounded a lot of solemn words on duty from the highest officials of Ukraine - despite all the killings, destruction, shelling.

And in the Donetsk People's Republic of December 6 celebrated the newly established holiday - the Day of St. George ribbon. After all, it was with this symbol that the Crimea rebelled. Donbass also rebelled with this symbol. It is St. George ribbon that is pinned to their clothes by those who dare to oppose the Kiev junta on the territory of Ukraine.

The hero-city Smolensk presented to the young Republic the 400-meter St. George ribbon. The cadets of the Donetsk Military Command School solemnly carried this huge symbol through the Shcherbakov Park in Donetsk. Around the stele "Angel of Peace" in the same park gathered thousands of people. 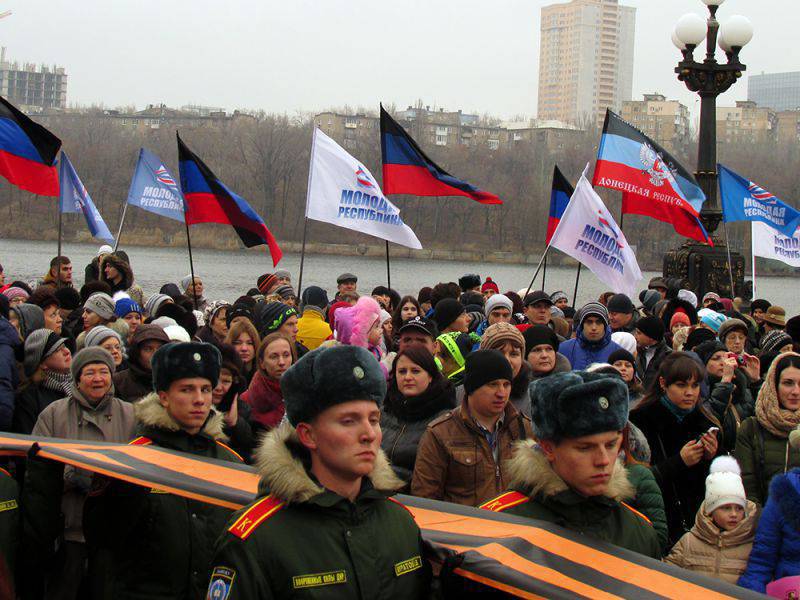 In the hands of the people were black and golden balloons. When these balls soared over the Angel of Peace, the sky was painted for a moment in the colors of the St. George ribbon. The event ended with a patriotic concert program. 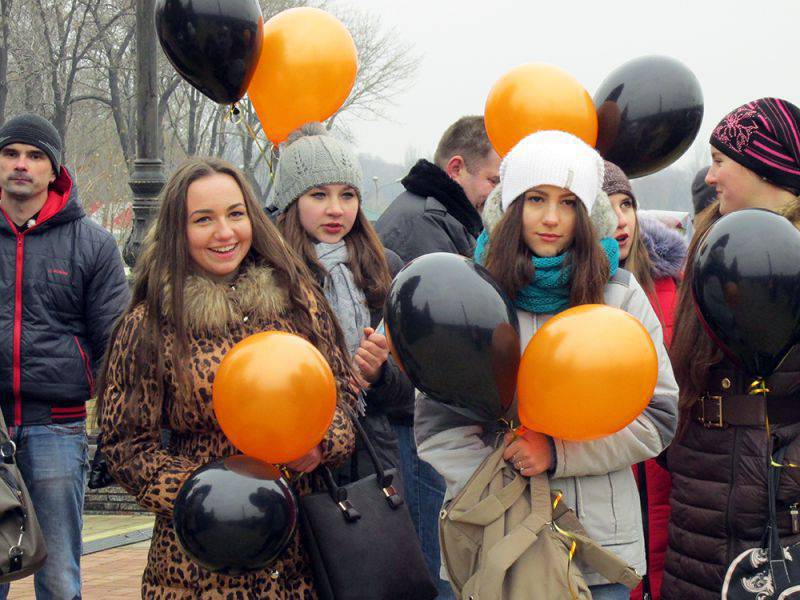 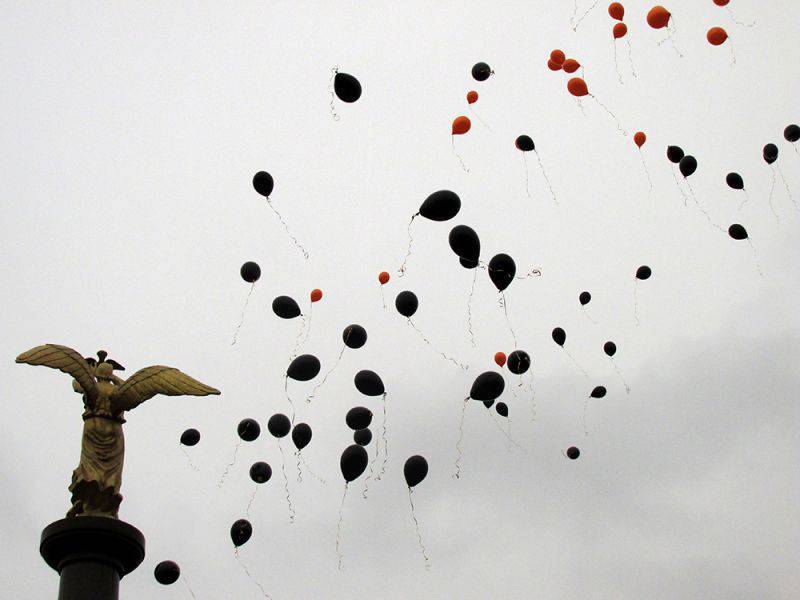 The St. George ribbon was established by Catherine the Second on November 26 (December 7) during the Russo-Turkish War. And today it is a symbol of courage and heroism. Now - the courage and heroism of New Russia, which, despite the death of its sons and daughters, fights and defends such values ​​as historical memory, true freedom and respect for the ancestors. 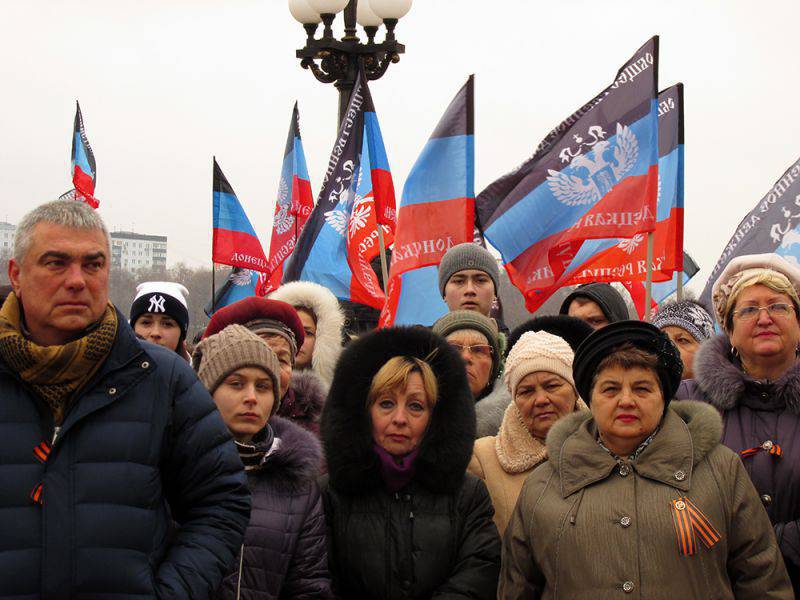 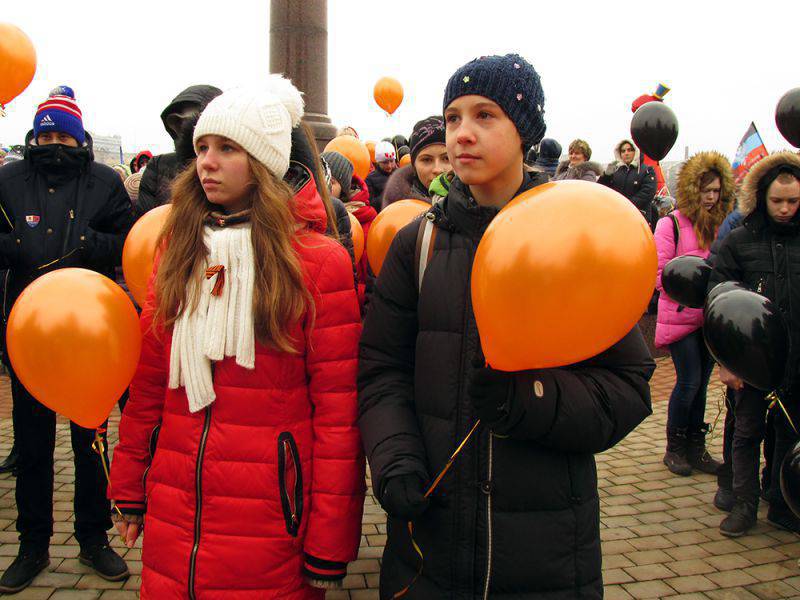 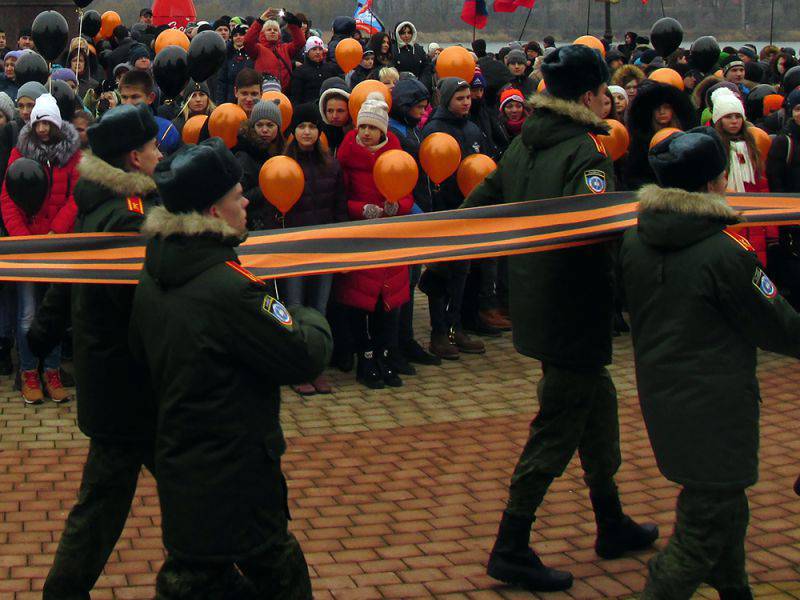 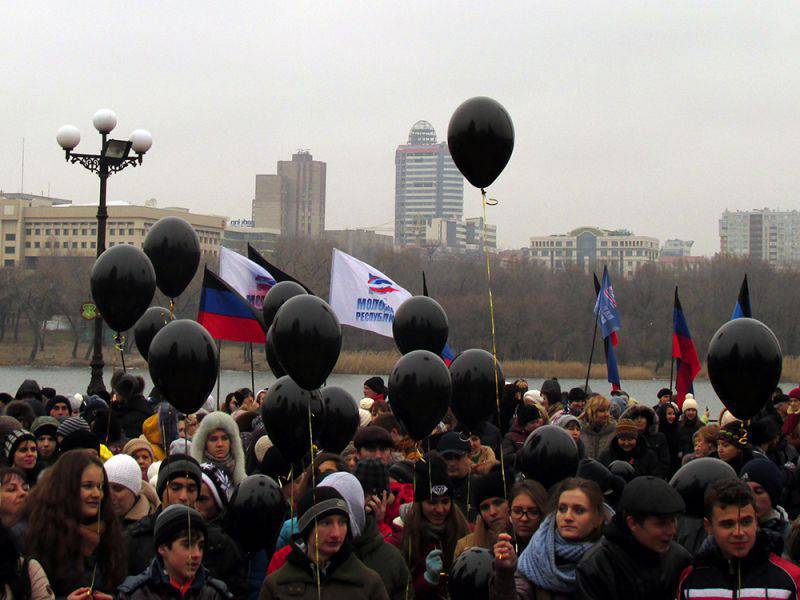 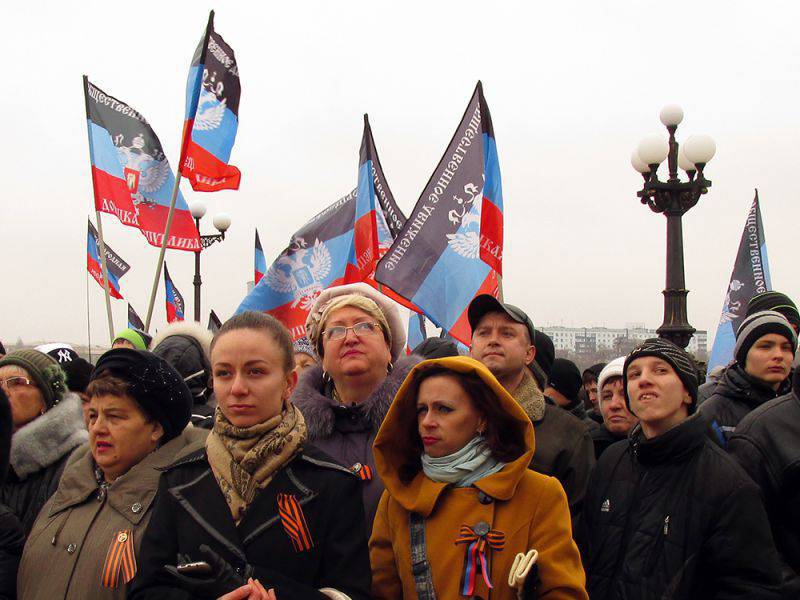 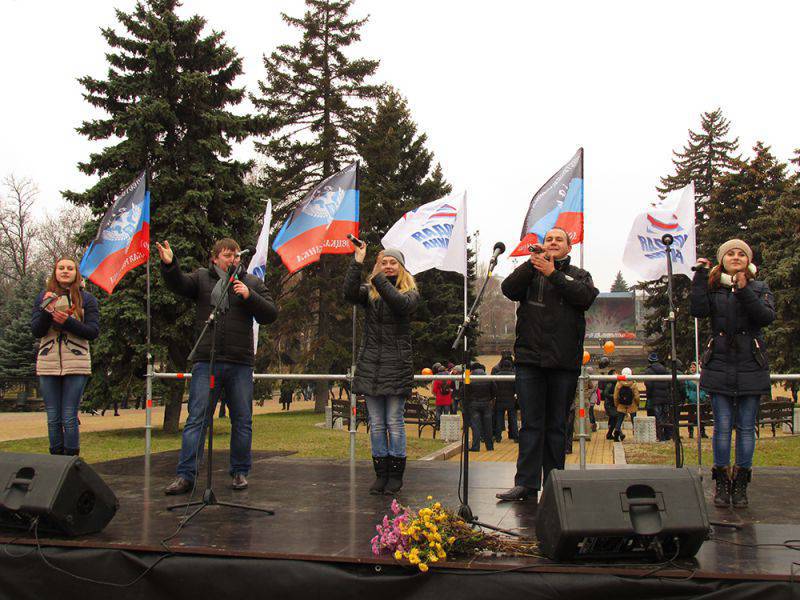 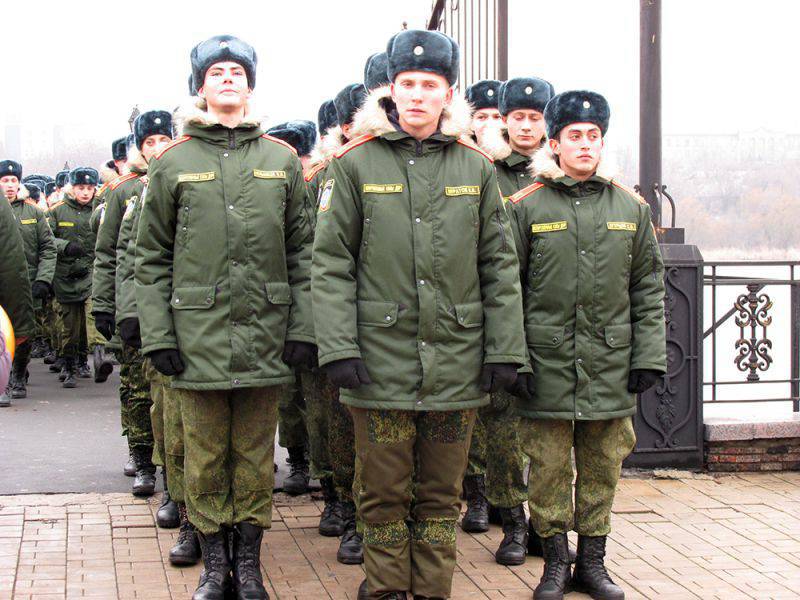 Ctrl Enter
Noticed oshЫbku Highlight text and press. Ctrl + Enter
We are
The pain of Gorlovka and the burned cars of the OSCE observers in DonetskChildren of Donbass against the war
Military Reviewin Yandex News
Military Reviewin Google News
23 comments
Information
Dear reader, to leave comments on the publication, you must sign in.