On the CSTO strategic issue resolved in the Syrian conflict 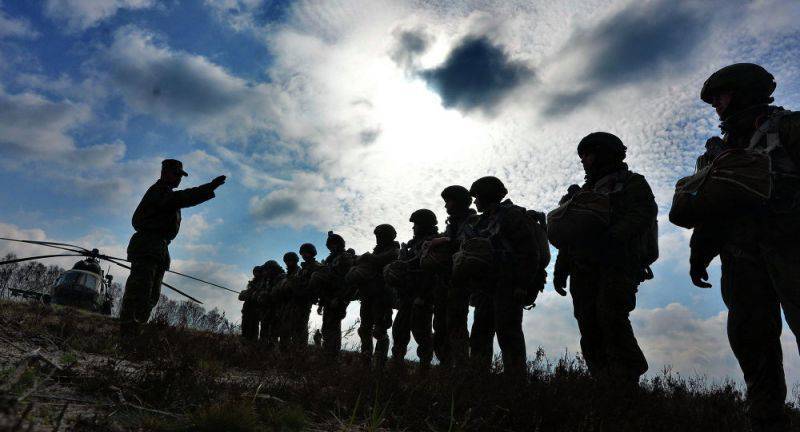 The total number of causing violations of the Turkish army over the past 2 weeks is no longer counted. During this time, the leadership of the largest Mediterranean state - a member of NATO has managed to turn against itself at least three influential states that make serious adjustments in the life of the entire Middle East. At first, the Su-24M front-line bomber of our VKS underwent aggression, followed by the occupation of the north of Syria and Iraq. What this will lead to later is not very clear. But the situation with Turkey is now far from "chocolate". In addition, immediately after the tragedy with our plane, when Vladimir Putin gave a decree to the General Staff to form an unprecedented air defense system in the area of ​​the air operation of the air force, Erdogan made another strategic mistake that led not only to a shift in the balance of forces on Turkey’s eastern border, but also to the complication of the American presence in the Caucasus, and in particular, in Georgia, which in the United States is regarded as the main outpost of the US and NATO allied forces in the Russian operational sector. And in our country, the problem that had existed for years began to "dissolve" gradually.

Long before the exacerbation of the situation in Syria, immediately after the end of the Operation to Force Georgia to Peace, it was first realized that the Collective Security Treaty Organization (CSTO) had serious problems in the south-western strategic direction. We are talking about the Russian military contingent and the composition of the arms of the Russian Federation in Armenia - a country that is located on the most dangerous and unpredictable line of the CSTO. It so happened that Armenia was between the two main evils of the South Caucasus and the Middle East - Georgia (from the north) and Turkey (from the west). And the existing composition of the Armenian Armed Forces, even with the composition of the Russian army in the country at that time, was absolutely lacking not only for offensive actions on the Turkish ON, but even for decent defense if a major regional conflict broke out with the participation of Turkey and NATO.

The equipment and the quantitative composition of the 102 of the Russian military base in Gyumri did not correspond at all to the level of threat from the Georgian, Turkish or Azerbaijani sides. Despite the fact that the capabilities of the Russian-Armenian air defense system could cause irreparable damage to the Turkish Air Force (near the 3624 airbase in Eribuni at least 4-x divisions of the C-300B air defense system are located, and at the disposal of the Armenian air defense forces there are 8 divisions of the C-300PS , and this 72 at the same time firing targets), the air and ground components of the troops were very weak in the face of threats from the NE of Turkey, and the small area of ​​Armenia’s territory was not completely adapted for conducting tactical maneuvers.

Speaking about the fighter squad of the 3624th air base in Eribuni, one could note its complete unpreparedness to repel serious airstrikes of the Turkish Air Force, since 18 MiG-29C front-line fighters were absolutely not enough to gain air supremacy over 200 Turkish F-16Cs, the actions of which are coordinated Aircraft AWACS Boeing 737 "Peace Eagle", put into service in early 2014. The fact is that the range of the S-300V and S-300PS air defense systems did not exceed 80-100 km, and therefore the AGM-88 “HARM” anti-radar missile launch range for Turkish aircraft from high altitudes was absolutely not limited by the worthy fighter potential aviation Russian Air Force. In addition, a large number of F-16Cs armed with AIM-120C-7 and Kharmov missiles could approach the S-300PS / B air defense systems at altitudes of 30–80 m, and then launch dozens of AGM-88 missiles from a distance of 40–35 km, only 18 MiG-29S fighters were not able to repel the threat of 80-100 Turkish fighters. Those. any strike and defensive air operation in the Turkish operational direction was impossible without additional reinforcement due to the aviation of the Southern Military District, which also required vital time in military conditions.

An even more dangerous situation was observed with the ground component of the troops, where the Turkish NEs were several times superior to the quantitative composition of the armed forces of Armenia and the Russian contingent standing on the defensive of the 102 military base in Gyumri.

Armed Forces of Armenia are 144 main combat tankOf which 95% are MBT T-72. The remaining units are several T-54 / T-55 tanks. Turkish NEs have more than 2500 MBT, of which 340 MBT are more or less modern Leopard-2A4, 1000 MBT are M60A1 / A3 TTS, more than 380 MBT are of the Leopard-1A3 / 4 modification and about 1200 M48 tanks. In service with artillery units are more than 100 units. South Korean self-propelled guns T-155 “Firtina”, which are capable of firing ground targets at a distance of 30 - 40 km. The self-propelled gun “Firtina” is an analogue of the self-propelled gun K9 “Thunder”, which is in service with the North Korean Republic. The 155 mm caliber makes it possible to use the XM982 “Excalibur” Adjustable Ammunition; its accuracy is 10 meters and a range of 60 km, which is why the risks for the Armenian Armed Forces and the Russian contingent could increase by tens of times. Moreover, Turkish NEs have one of the most powerful MLRS - the 300-mm T-300 Kasirga. One BM is equipped with a quad launcher, in which 4 NURSs are installed with a range of 100 km and a speed of 4500 km / h. MLRS possesses combat qualities MLRS BM-30 "Smerch". The quantitative composition of these vehicles in the Turkish army can be several dozen.

The Armenian army could boast only 4 BM MLRS WM-80, 6 BM AR1A, 47 BM-21 "Grad". At the same time, only the Chinese MLRS AR1A has the best combat performance. The system uses three different types of adjustable missiles (BRE2, BRE3, BRE4) with a range of 130 km. Combat units of unguided rockets are represented by 480 — 623 by cumulative fragmentation combat elements, which are divorced within 300 m from a cassette warhead of a projectile, and are capable of penetrating to 50 mm homogeneous steel envelope. Despite the fact that the TTX systems exceeded the parameters of the Turkish counterparts, their number was clearly not enough for ground confrontation with the Turks, and therefore the Armenian artillery units urgently needed to be modernized.

The Russian Armed Forces General Staff began to take urgent actions to modernize and increase the Russian army contingent in Armenia in response to the deployment of thousands of armored vehicles and infantry troops by Turkey on the Syrian border (in the provinces of Hatay and Kilis).

Information on the transfer of the most advanced units of the 58 Army of the former North Caucasian Military District to the western borders of Armenia began to arrive on November 26. The President of the Russian Federation ordered the transfer of the most disparate contingent of the army, which included units of rocket artillery, advanced units of the Air Force (equipped with air defense systems C-400 "Triumph"), anti-tank units (operators of Kornet-E and Chrysanthemum-S). , armored brigades and an electronic warfare brigade, equipped with the Krasuha-4 complex. And in early December, on the Kamhud mountain range, military exercises of snipers began in high-altitude terrain. These actions became an obvious response to the actions of the Turkish army in the Middle East and pointed out clear military consequences for Erdogan. And indeed, "Turkey cannot get away with some tomatoes." These words of V.V. Putin became a warning not only for future Russian-Turkish economic and military-political relations, but also expressed further consequences for the deployment of NATO's military alliance in the theater of military operations of the South Caucasus.

WHAT DANGERS BY NATO ELIMINATES STRENGTHENING OF THE SOUTH-WESTERN COST OF THE CSTO?

Along with the increase in the number of Russian armored vehicles, artillery and air defense systems, the personnel of the group will increase in Armenia, which, taking into account the personnel of the 102 military base in Gyumri, will be about 10 — 11 thousand military. The grouping will be fully combat-capable, and will be able to level many threats in the South Caucasus and the Turkish-Armenian border. The most significant issue today is the threat posed by the Georgian Armed Forces, which, after the 2008 war, have already restored more than 60 — 80% of combat potential, and are vigorously seeking to enter the structures of the North Atlantic alliance at the level of Romania and Bulgaria.

At the beginning of 2015, NATO Deputy Secretary General A. Vershbow said that the Georgian military base "Vaziani" is the most appropriate place to house the future training center within the framework of "Georgia-NATO". Earlier, there was evidence that this base would be covered by SAMP-T anti-aircraft missile systems purchased from France in the near future. Some of the capabilities of the Iskander-E-type complex for fighting OTBs were noted, therefore the current policy towards the Russian Federation can still be perceived as aggressive. The purchase of SAMP-T air defense systems for the Georgian air defense system is completely random. After all, American instructors and equipment are increasingly appearing at Georgian military sites, and the issue of using its airfields as advanced airbases deploying the US Air Force in the extreme eastern NATO front is being considered.

Yes, SAM “SAMP-T” is indeed considered one of the best medium and long-range SAM systems. The Aster-30 SAM can overtake a target at speeds up to 4250 km / h with overloads up to 65 units, aided by powerful gas-dynamic transverse control (DPU) engines. Missiles are capable of shooting down most of the existing highly manoeuvrable means of air attack, including almost all PRLR. They pose a certain threat to Iskander, but only when using the same type of OTB or CD. For example, when using the Iskander-E and Iskander-K complexes, when OTB and KR are approaching the complex from different angles and from different heights and directions, SAMP-T will simply choke and be destroyed with 99% accuracy one of the rockets. Therefore, our missilemen have a “master key” against these systems.

When the group of Russian troops in Armenia was in a weakened state, a serious military conflict with NATO could have fatal consequences for our southern outpost, now everything is completely different.

ZRMS S-400 “Triumph” deployed in Armenia along with the rest of 12 ZRKs of the C-300PS / B family completely blocks the rocket-dangerous airspace of Georgia, and at the same time covers our troops and the Armenian armed forces from Turkish missile attacks. The military range of the C-400 in Armenia “overlaps” overlaps Georgia with the radius of the C-300 air defense system deployed in South Ossetia and Abkhazia, and therefore deploying tactical aviation of the US air force at Georgian air bases becomes ineffective because any planned combat mission with implementation significant maneuvers, will end for the American pilots the right interception of our systems.

The deployment of anti-tank units and rocket artillery units will resolve the issue of ensuring the defense of the southern borders of the CSTO from probable offensive actions from both the Turkish and Georgian operational areas. The Russian MRLS “Smerch” will be able to halt any advance of the Turkish troops at a depth of up to 90 km from the Armenian border, breaking through will be stopped using the calculations of the Kornet-E ATGM. The only unsolved task remains the composition of the fleet at the Eribuni airbase, which, undoubtedly, should be increased in the near future.

This is how the Syrian conflict accelerated the pace of strengthening our weakened on the southern borders of the CSTO.

Ctrl Enter
Noticed oshЫbku Highlight text and press. Ctrl + Enter
We are
Front lines in the Syrian conflict as contours of the future world orderThe new concept of the Russian Aerospace Force of the Russian Federation will include a radical response to the Turkish aggression against the Su-24M
Military Reviewin Yandex News
Military Reviewin Google News
44 comments
Information
Dear reader, to leave comments on the publication, you must to register.