December 6 2015
108
Today, in the first half of the day, the Ukrainian units fired mortar shells at the territory of the Donetsk airport, reports RIA News the message is given. 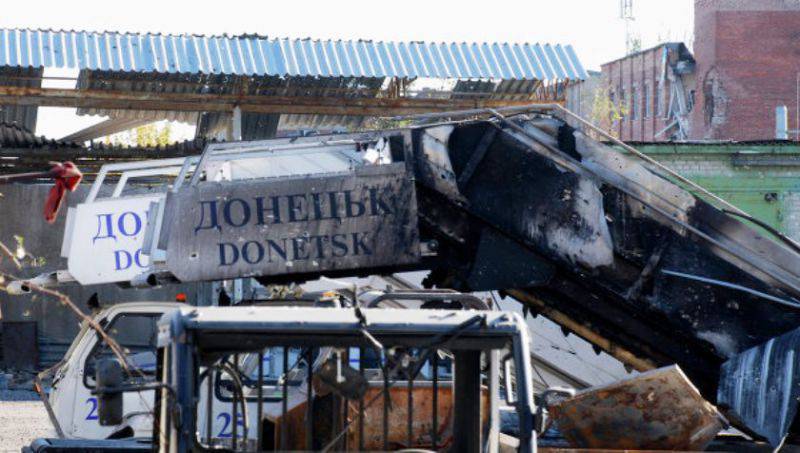 “About half an hour ago, Ukrainian security forces opened fire on the territory of the Donetsk airport,” a source in the DPR Defense Ministry told the agency.

“The fire from 82 millimeter mortars was fought from the position of the Kiev security officials in Pesky,” he added.

In turn, the press center of the ATO announced a night shelling of the positions of the Ukrainian Armed Forces.

“From 18 hours of yesterday and until 6 in the morning, the terrorists continued provocative shelling in the Donetsk and Artyomovsk directions. From grenade launchers of various types, large-caliber machine guns and small weapons the invaders fired unarmed fire on Avdiivka, Pesky, Novgorodskaya and Troitsky, ”the center’s release says.

In addition, according to the Armed Forces of Ukraine, "settlements of Zaitsevo and Mayorsk, as well as positions in Shirokino and Novgorod" came under fire.

Ctrl Enter
Noticed oshЫbku Highlight text and press. Ctrl + Enter
We are
Weekly summary (30 January-5 February) on the military and social situation in the DPR from the military officer "Mag"Reports from the militia of New Russia for 13-14 September 2014 of the year
Military Reviewin Yandex News
Military Reviewin Google News
108 comments
Information
Dear reader, to leave comments on the publication, you must sign in.