9 April 2015, Lobaev Arms set a new world record the range of a single shot from a rifle (3400 / 3720 yards), previously owned by American rifle gunners (3290 meters / 3600 yards). The record was recorded by the crew of the channel Lifenews using simultaneous work of several cameras, as well as independent observers.

In the shooting world, the event was called a new victory of the national weaponsthat did not go unnoticed by the American audience, whose comments contained statements such as: “such records can only belong to America” and “such a record should be broken only by an American.” American gunsmiths and gunners, who consider themselves the undisputed leaders in ultra-long-range shooting, took the Russian record as a kind of challenge that demanded practical action from them.

As a result, an informal confrontation in the field of ultra-long-range shooting between our countries began in this narrow, not only sports, but also applied field.

Design Bureau of Integrated Systems, operating under the brand Lobaev Arms and specializing in the creation of small-range and long-range small arms, assumed the mission of setting a record in response. Defending the prestige of the country and the domestic industry and raising it in the eyes of the world community and potential consumers to a new level, the KBIS actually acts as the engine of the industry in this matter.

STAGES OF THE GREAT PATH

We decided: if we put a notch at a new range, then we need to do it beautifully. And not just beautiful, but with feeling, really, with the arrangement.

It is possible without preparation, but the range is very serious. And you want to hit not with some 19-m shot, like the Americans (although this does not detract from their result - far away!), But as soon as possible. Well, at least almost immediately.

It is possible to leave on the old baggage, but in order to hit at distances far beyond the “three” it was sure that everything in the sniper system must be perfect in execution. Not scored innovative, but truly advanced.

Our classic 408 solid 419 grand mass (D30), with which the previous record was set, 2-3 times the accuracy of Lost River and Jameson analogs on the market, and is quite sufficient for confident shooting at 2500 + meters. But in comparison with the tasks before us, these are children's ranges. To shoot for three, we need something heavier and much more aerodynamically efficient.

And we started this work ahead of time, so that by now, 408 has developed new types of bullets for ultra-long range shooting for the 4 cartridge, in addition to the ultra-long component hunting 2 and AR.

In the pictures below are fragments of tests for gyrostabilization and accuracy of 2-x of the developed types .408 bullets: 30 grams (463 gran) and 32 grams (494 gran), at a distance of 100 meters. Weapons: SVLC-14 test rifle Dusk with a special channel. 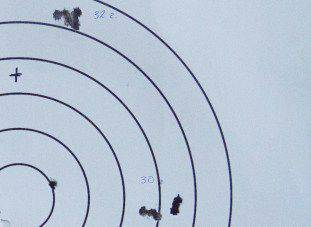 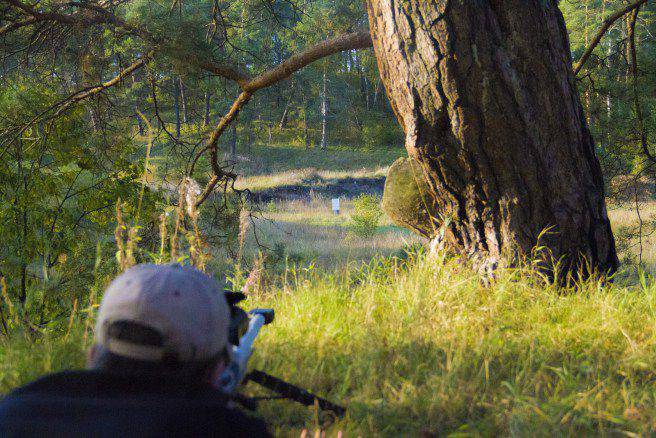 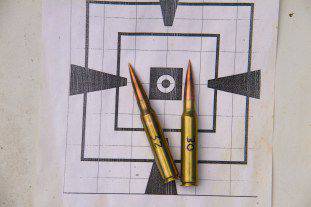 The test results were considered encouraging and 2-type bullets were transferred to the testing phase at 2km and more. Work with other types of bullets continues in accordance with the factory test program.

Also, in preparation for the record, we will experience two developed cartridges that have not yet been presented to the public. They are calculated to be superior to Cheytac in a number of characteristics, and, we hope, they will not increase the mass of weapons, or will increase them slightly.

Even with the firing of a new record, say, our classic 419 gran bullet, we still have weapons options. There are two main defendants: SVLC-14 Twilight and DXL-4 Sevastopol, both in the base in 408 Cheytac.

SVLC-14 Dusk - The flagship model, originally designed for firing at the ultimate range. From its customized version, the previous record is set to 3400 meters. The basic model in terms of performance is not inferior to the record version, even surpassing it in length of the trunk as standard. 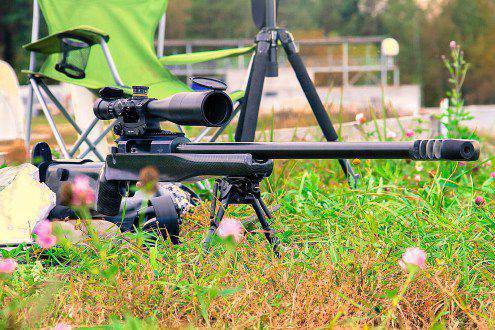 DXL-4 Sevastopol - A new sniper rifle, with its portability demonstrating outstanding long-range quality. The positive experience of achieving stable grouping in high “threes” (0.300 + MOA) on DXL-3 assured us of the possibility of creating a large-caliber rifle so accurate as to be ultra-long. 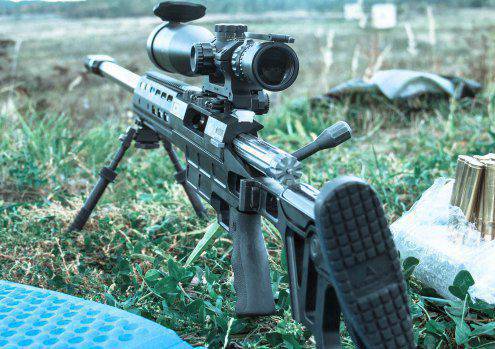 The choice is interesting, because we ourselves have never before compared these two rifles side-by-side "far away." So that in the same wind conditions, but at the same range .... No. We urgently needed a comparative test. Well, at least a preliminary.

No sooner said than done. And here at the site found a convenient place. We expected to find something on 2200, but the most convenient platform was waiting for us on 2165 meters.

Beta tester of both products made Andrey Ryabinsky, a person experienced in shooting "far away", and able to give not only technical expert opinion, but also an unbiased assessment of the characteristics of the two compared models. 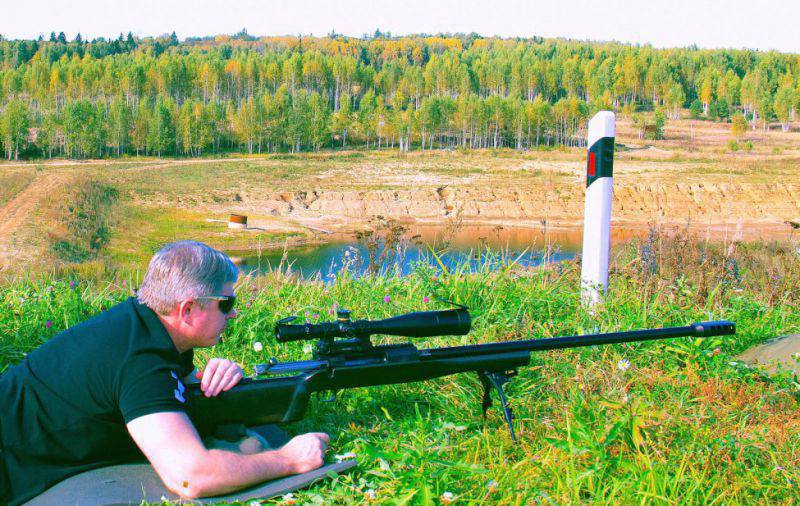 The first was uncovered the main contender - Twilight. SVLC-14, crowned with the new Т-tuner Т6.2, was traditionally reliable at this range and the first made group became a better group of the day. Andrei bummed the best result known to us at a distance of two thousand - 43 cm, in other words, something about 0.6 MOA.

Opinion Andrew on the results:

“Shooting impressions are the most positive. With the new muzzle brake, recoil has become much more comfortable, resembling an ordinary magnum. This allows you to focus on more important things than the right application. " 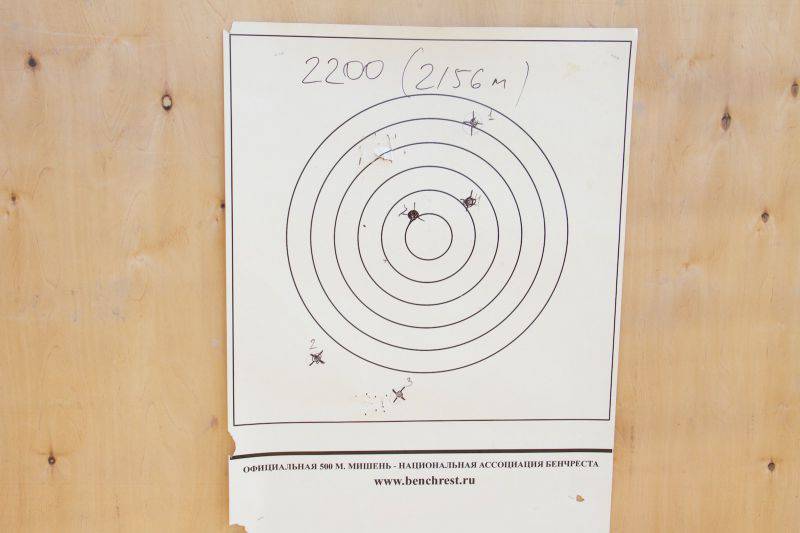 The application was made serious. Targeted people were in light shock, watching the process of forming a group. In the firing position was heard restrained glee. 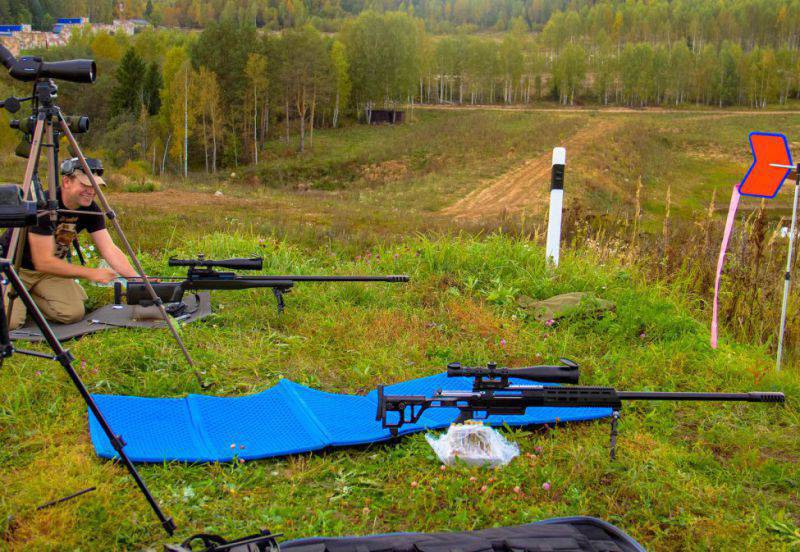 But it is time to print out Sevastopol, accustomed to beating the enemy on distant approaches. This DXL-4 was made in a single-shot version with a custom dual port (dual port) for ease of bookmarking from either side and ejecting to the right side. Of the accessories, the overseas monopod (“third leg”) Magpul can be noted. Both rifles were equipped with March tested sights and adjustable Reknagel brackets. Bipods used standard: Harris and Atlas. At the special Twilight, testing new bullets, adjustable Tsit-Cannon bipods were installed. 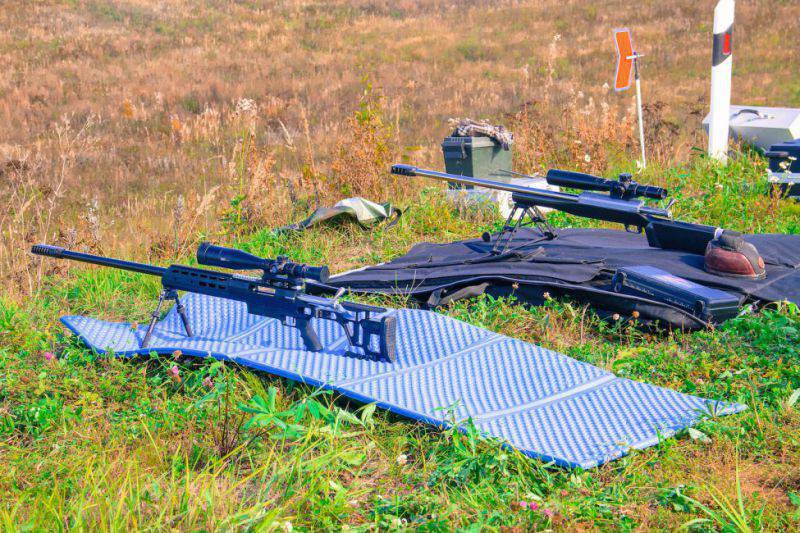 Otherwise, if we ignore the amendments introduced into the scope, it was absolutely comparable in terms of shooting efficiency. 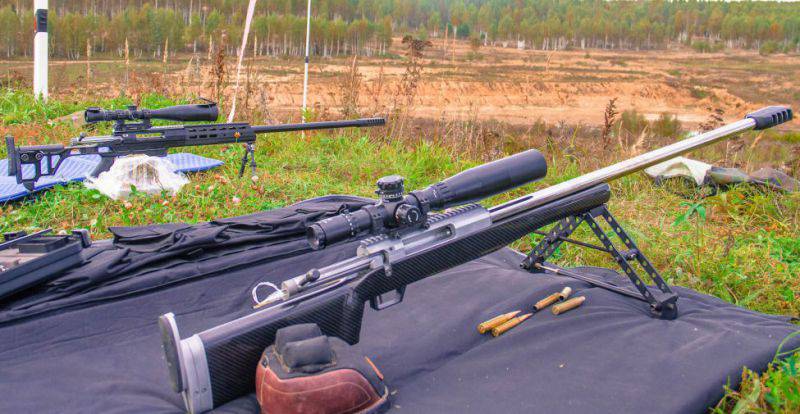 Yes, the Twilight can set records not only in range, but also in accuracy, for which it was actually created, but at ranges up to 2200 meters both rifles showed generally similar indicators in terms of the probability of hitting the given envelope. Without any significant advantage of one of the models. 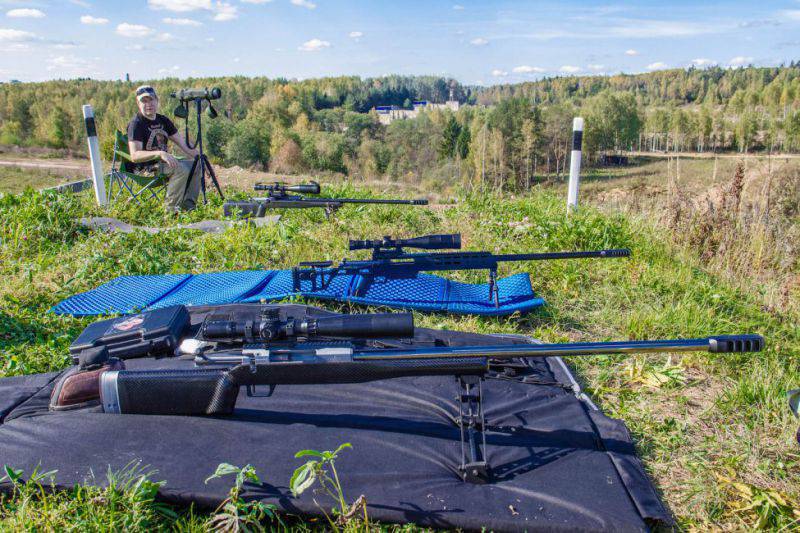 To determine the practical DXL-4 limit in range, we will need to carry out a series of tests, the results of which will determine whether we can “overclock” it to a new record or have to resort to the proven Dusk.