December 7 2015
91
4 December, according to media reports, the head of the press service of the Finnish government, Markku Mantila, said that Finland would no longer comply with the 1947 Paris Peace Treaty of the Year. Earlier, in 1990, Finland had already announced the loss of force of the military provisions of the treaty, but in general it was not denounced as a whole, although it was actually no longer respected. The complete refusal of the contract is an event, one might say, a landmark one. Until now, none of the former Axis countries have openly disowned the postwar world so openly. Without too much drama, we can rightly say that the whole post-war world order is collapsing before our eyes, and the process is proceeding at an incredible speed. 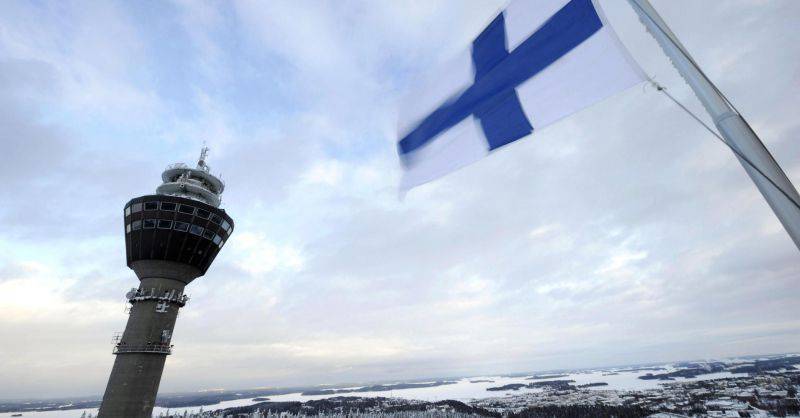 Skeptics, of course, will immediately declare that there is nothing wrong with this statement of the Finns. Like, so they want to legitimize in fact a long-changing reality. In particular, purchases of German weapons (including Tanks Leopard-2), which has long been happening. In the end, Italy has ignored the same treaty for many years and is purchasing German submarines. But something does not fit with such a careless vision. Firstly, the rejection did not occur from any particular article or articles, but from the entire contract, which is fundamentally important. Secondly, this was announced openly, actually throwing the glove, and not somewhere else, namely in our direction. This is an application for something much more than just the right to purchase German tanks and armored vehicles.

It is strange that Moscow did not respond to such a direct challenge. The refusal of a peace treaty opens up broad opportunities for Finland to raise territorial claims. So wide that even in Kiev they will be filled with tears of emotion. This and continental parts of Karelia; and the region in the Arctic, which will give Finland access to the Arctic; and also islands in the Gulf of Finland, without which Petersburg turns out to be practically tightly locked from the sea. All of these territories still belonged to our neighbors in 1930x, and after the well-known events they passed to the USSR. 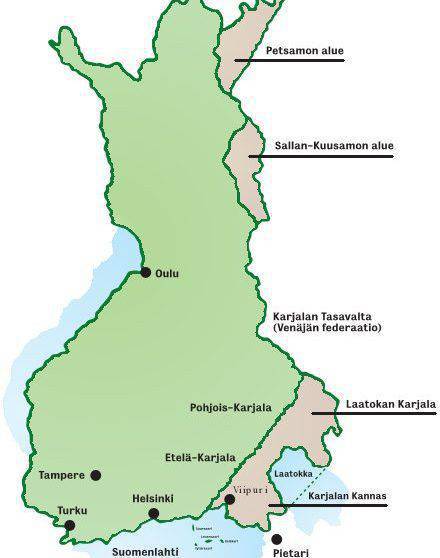 Moreover, such a step directly opens the way to revising almost the entire world order, all peace treaties. We just have to start.

In fact, the Finns forget about a number of significant circumstances that can stand in the way of their grandiose undertaking. The first circumstance of Helsinki may well ignore, namely that the contract can be changed or canceled only with the consent of the UN Security Council. With the diplomatic support of Britain and the USA behind you, you can afford a lot.

The second circumstance is much more difficult. This is a little-known Russian public Saimaa channel, the territory of which Finland rents from Russia. This channel connects the internal lakes of Suomi with the Baltic Sea. After the Winter War 1939-1940 The Soviet Union was transferred to part of Finnish territory in such a way that the external exit was under the control of Moscow, which agreed to lease its part of the channel to its neighbors. Even after the Great Patriotic War, where the Finns were allies of Hitler, the lease was still valid. As a transport branch, the canal is extremely important for Finland and as a response to the revision of the peace treaty, Moscow could well prohibit its further exploitation. 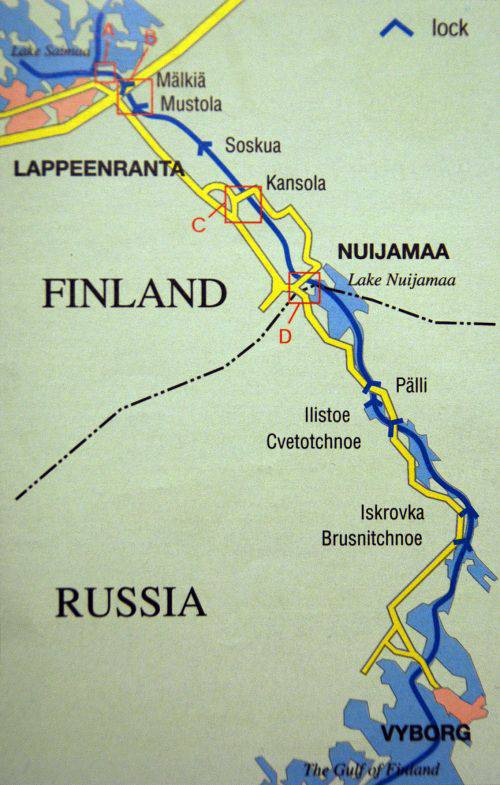 There are other measures of economic impact. So the Finnish industry is very dependent on Russian raw materials and the market. The main thing is to unequivocally voice these threats now (the golden rule - the threat is always more effective than its execution), and not when the nomination of territorial claims on Karelia and the accession of Helsinki to NATO will become a fait accompli. If the Russian Foreign Ministry confirms its reputation as “always late” here, the measures taken will, of course, worsen the financial situation of Finland, but Russia's strategic position will not improve in any way. As you know, the spoon is the road to dinner - and the most telling (though far from the only) example is Ukraine, where 23 diplomats did not understand what, and then, when the disaster struck, they shook their eyes with amazement.

At such moments, I recall with regret that the USSR had its own leased object in Finland - the base on the Porkkala peninsula, which operated until the 1956 year, although initially the contract was designed for 50 years. In essence, these two territories — Finnish in Russia and Soviet in Finland — were kept by the strongest mites from the last thoughtless steps. But what is not, is not ...

The demarche of the Finns can only be perceived in one way: it is a signal to the West, first of all, to Washington that Helsinki is ready to take part in the division of Russia, if conditions arise for that. There is no doubt that those who need it, heard this signal and correctly interpreted it.

Neutral Scandinavians - Finland and Sweden have recently been increasingly cooperating with the United States and NATO, even talking directly about joining the Alliance. The short-sightedness of local politicians and the position of the Ministry of Foreign Affairs of the Russian Federation, which does not have the courage to clearly explain to unreasonable neighbors, what problems they can expect in this case, led to this situation.

If Finland’s refusal of the treaty had happened so in 2010, it would not have such delicate consequences as now, when the world winds are clearer. It is no secret that in the media of many countries around Russia, there has been more active talk that our country will soon face the fate of Syria, that is, civil war and disintegration. Regardless of how such moods correspond or do not correspond to the real state of affairs, we cannot simply ignore them, since they affect the mood and actions of the ruling classes in these countries. A line is being formed right now to get territorial and financial pieces from the bear, and the “friendly Finns” are in a hurry to stake out a place for themselves.