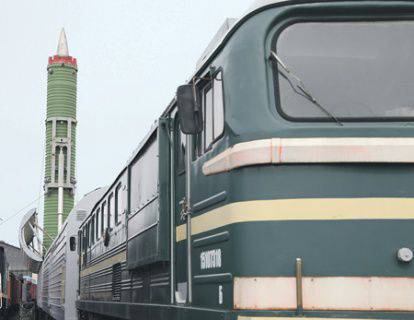 “Nobody will embrace the immense,” Academician Boris Chertok complained in his four-volume memoir, “People and Rockets,” sincerely believing that he wrote everything about the space of the USSR and Russia, but nobody even tried to write about the subject of such work.


The author of this article, having worked at the Moscow Order of Lenin (later twice the Order of Lenin) at the Institute of Thermal Engineering for exactly thirty years (1970 – 2000), of which 13 years was the lead designer of mobile ground-based missile systems (PGRK), and then for the same years - deputy head of the combat department control and protection from unauthorized missile launches, will try to eliminate this disadvantage due to its capabilities. Especially since he is just 71 year - a child's age for writing memoirs.

COMPETITION OF MAJOR AND IMPROVED SECRETITY

As we all know, in the Soviet Union there were two chief designers in the space theme - Sergey Korolev (later Vasily Mishin) and Valentin Glushko, three main designers on missile combat strategic topics - Sergey Korolev, Mikhail Yangel (later Vladimir Utkin and Stanislav Konyukhov) and Vladimir Chelomey (later Herbert Efremov), two main designers of ballistic missiles for submarines (SLBMs) ​​- Vladimir Chelomey and Vladimir Makeev, three main designers of control systems of missiles - Nikolay Pilyugin (later Vladimir Lap gin), Boris Konoplyev (Sergeev and then Vladimir Jacob Isenberg) and Nicholas Semikhatov (later). All of them, since 1965, have been part of the system of the Ministry of General Machine Building and were engaged, mainly in relation to the Strategic Missile Forces (RVSN), mine missile complexes (RK) with liquid-propellant missiles.

Their competition practically led to the fact that gradually the issues of building the RK and their management more and more fell to the Strategic Missile Forces (General Staff, GURVO and NII-4), and the developers of unified command posts (KP) - Boris Aksyutin (then Alexander Leontenkov) and The combat control systems of the Missile Forces - Taras Sokolov (later Vitaly Melnik, Boris Mikhailov, Anatoly Greshnevikov, Vladimir Petukhov, Sergey Shpagin) worked directly on the orders of the Missile Forces.

The Ministry of Defense Industry at the Moscow Institute of Heating Engineering - Nikolai Mazurov and Alexander Nadiradze (Boris Lagutin, Yuri Solomonov) were engaged in tactical and operational-tactical combat missile themes with solid-propellant rockets, naturally mobile, by the Moscow Institute of Thermal Engineering, and then, after Alexander Nadiradze’s transition to a mobile strategic theme, Kolomenskoye KB engineering - Sergei Invincible.

Naturally, in the conditions of the strictest secrecy prevailing in the USSR, some chiefs received only fragmentary information from ministerial scientific and technical councils in the CPSU Central Committee and extremely rare meetings with the country's top commanders, and their deputies from the same secret collection Foreign Press about the Soviet Union. We will cite only two examples: none of the 173 copyright certificates of the honored inventor Alexander Nadiradze has yet been declassified; his name is missing even in the alphabetical index of the Russian State Library.

By this time, the creation of third-generation rocket complexes was completed, each rocket cooperation found its own niche: Yuzhnoye Design Office - mine liquid rockets, Miass - SLBMs with both liquid and solid fuels, MIT - solid-fuel missiles for PGRK.

The development of a new generation of missiles began. They are:

- new solid-propellant rocket RT-23 of mine and rail-based;

- Temp-2CM2 solid-fuel rocket ground-based missile that received the Topol index, or RT-1979PM in 2 year after specifying the direction of work in connection with the signing of the SALT-2 Agreement.

State flight tests of the RT-23 and Topol rockets were conducted at the Plesetsk cosmodrome. The Chairmen of the State Commissions were Colonel General Georgy Malinovsky, Head of the Main Directorate for the Operation of Missile Weapons (for RT-23) and First Deputy Head of the Main Directorate for Missiles, Lieutenant General Anatoly Funtikov (for the Topol complex).

According to the results of the flight tests of the RT-23 rocket, a decision was made to deploy it only as part of the 15P961 combat railway missile system (BZHRK), in the mine version, do not deploy the rocket and begin work on the PT-23UTX rocket.

It should be noted that the main requirements for the fourth-generation missile systems were not so much the traditional requirements for reducing the time of combat readiness and improving accuracy, as the issues of increasing the viability of the Republic of Kazakhstan. This was ensured by an increase in resistance to the damaging factors of a nuclear explosion of mine launchers, the creation of autonomous launchers for a PGRK (autonomous modules for BZhRK).

And it was here that cooperation of various cooperatives began for the first time.

Having carried out the analysis of technical solutions for BZHRK 15P961 by Dmitriy Ustinov’s personal assignment, Alexander Vinogradov, Deputy Chief Designer - Head of the Integrated Division of the Moscow Institute of Thermal Engineering, proposed for BZHRK with the RT-23UTT rocket the principle of creating a train with three missiles from three autonomous modules.

The extremely unsuccessful and unreliable design of the RT-23UTTH rocket lifting system into a vertical position during the prelaunch preparation and launch of the BZHRK was replaced by the rocket rapid lifting system using a turbine with a powder pressure accumulator proposed and developed by the MIT development team under the supervision of the deputy head of the integrated department Valery Yefimov that he was later awarded the title of laureate of the State Prize of the USSR.

And finally, an unprecedented case - the Deputy Chief Designer of the Moscow Institute of Heat Engineering Vyacheslav Gogolev was included in the State Commission for the conduct of joint (Ministry of Defense and Industry) testing of missile systems with the RT-23UTTH rocket!

Somewhere in the middle of the 1980s, for the first time in the USSR, an interdepartmental council of three main designers of missile weapons (Alexander Nadiradze, Vladimir Utkin, Vladimir Makeev) was created to work on the unification of land-based and sea-based missiles for the next generation of RK. The direct result of these works was the creation of a sea-based missile “Bulava-30” in Russia and the development of a new generation of land-based missiles, currently being carried out by the Moscow Institute of Thermal Engineering.

In response to the development in the United States at the Moscow Institute of Heat Engineering, work began on the creation of a mobile version of the heavy rocket developed by Yuzhnoye Design Bureau RT-23UTTX of the mobile soil complex on the 12-axle chassis and mobile soil start with the compact Courier on the 5- axle chassis.

The main designers of the missiles were issued technical proposals for the creation of new and modernization of the existing missile complexes.

Yuzhnoye Design Bureau proposed the modernization of the RT-23UTTH rocket (the work was discontinued due to the collapse of the USSR) and the rocket for the mobile ground stationary RK Universal.

MIT was proposed to upgrade the missile and the Topol complex (Topol-M) with the development of a new launcher on the 8-axis chassis.

Following the review of these works in September 1989, the decision of the Commission of the Presidium of the USSR Council of Ministers on military-industrial issues was issued, providing for the development of the Topol-M universal missile, both mine (15P165 index, head company - Yuzhnoye Design Bureau) and mobile ground-based (index 15П155, parent company - MIT).

The work on the creation of a single universal monoblock rocket was also divided:

- the first stage of the rocket was developed by Yuzhnoye Design Bureau;

- the second and third stages - Moscow Institute of Heat Engineering;

- the planned combat unit (subsequently the development that did not take place) - NPO mechanical engineering.

It also envisaged the assembly of mass-produced missiles for silo-based vehicles at the Pavlogorodsky machine-building plant, and for mobile-based assemblies - at the Votkinsk engineering plant.

The tactical and technical requirements (TTT) of the Ministry of Defense provided for the creation of a new unified command post (TFD) 15B244, while it was stipulated that the development of this TFD should be carried out on a separate customer's TTT. The developer of the UKP was the Central Design Bureau of Heavy Machinery (General Director - General Designer Alexander Leontenkov, his first deputy - Gleb Vasilyev).

For the first time in the practice of developing missile complexes, it was planned to include stationary and mobile command posts of the division as well as an air command post of the division into the complex. True, the cunning author of this article obtained from the Chief of the Main Directorate of Rocket Armament, Colonel-General Alexander Ryazhskikh, the notes to the text of the TTT still valid to this day that “the said command posts are developed for individual TTT MOs within separate R & D and are included with the complex after adopting them in the Soviet Army. "

The development of a draft design and design documentation has begun.

In connection with the collapse of the USSR, the direction of work on the 15P165 complex was somewhat clarified:

- the development of the first stage of the rocket was transferred to the Moscow Institute of Heat Engineering, and its assembly to the Votkinsky Machine-Building Plant;

- it was decided, first of all for financial reasons, to abandon the development of a new PCD and upgrade the PCU 15В222, which had previously passed joint tests as part of the mine RC 15P018М and 15P060;

- a transition to Russian cooperation was planned (and almost completely realized later).

The first launch of the mine rocket was conducted on 20 on December 1994 of the year from the Plesetsk cosmodrome with the converted Yuzhno-1 mine.

Then missile launches were also carried out from the South-2 platform, from silo, converted by serial technology. The last, tenth, launch was held in February 2000 of the year from the Svetlaya-1 site of the 15P718М converted using standard silo technology.

The 15P165 complex was recommended by the State Commission in May 2000 for adoption by the Russian army and adopted two months later by a special presidential decree.

Experimental combat duty of the first regiment (in truncated composition) of the 15P165 complex was launched in December 1997 of the Tatishchevsky missile division (Saratov region).