Day of Military Glory. The beginning of the counteroffensive of the Soviet troops in the Battle of Moscow

December 5 2015
99
Federal Law No. 32-FZ of 13 March 1995 of the year defined a special day, the Day of Military Glory of Russia, on the calendar of military holidays and memorable dates. The day the Soviet forces launched a counter-offensive in the battle of Moscow in 1941. 5 December The Red Army launched an active phase of the counteroffensive on a broad front from Kalinin in the north to Yelets in the south, which led to a crushing defeat that seemed invincible to Hitler’s armada. 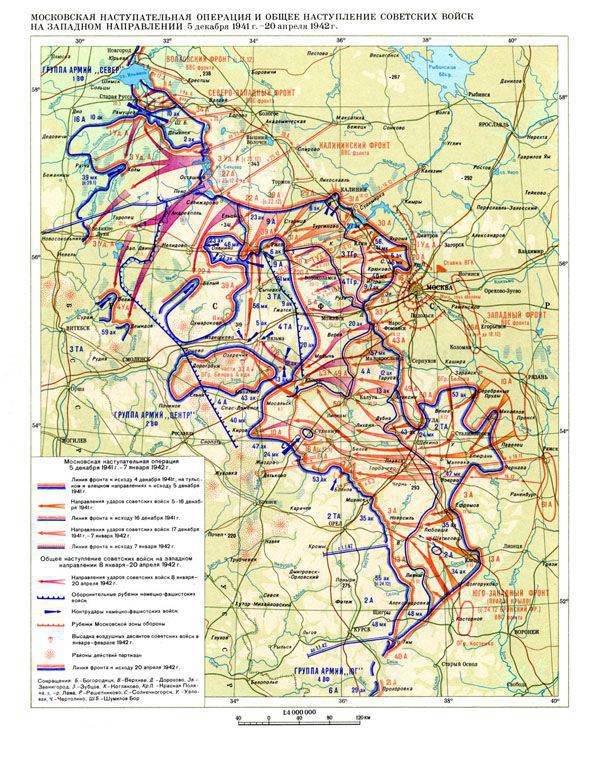 This was the first defeat of the fascist forces, who until then had been accustomed exclusively to marches and with smiles on their faces to pass through the European capitals, to take towns from a swoop, pre-showering their inhabitants with a hail of bombs, shooting from long-range guns if they had the audacity to resist then "bearers of democracy." So it was with a variety of cities, but it did not happen with Moscow. And the “General Frost”, which was not composed by liberal historians, and the notorious “supply difficulties” stopped a huge army of Germany and countries in vassal dependence on it. The Nazis were stopped by the heroic Soviet soldier in the broadest sense of the word - the soldier behind whom stood the people and the Fatherland. He fought to the death and deserved immortality, even if he fell then - in 41-m, slain by a bullet or a fragment of the enemy. 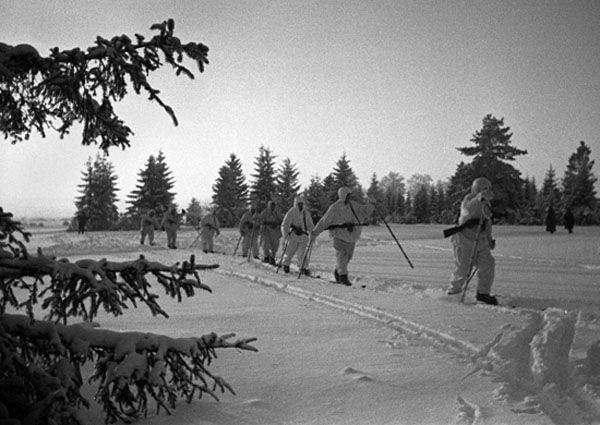 As a result of the counteroffensive, the Hitlerites were thrown back from the Soviet capital, and their dreams of marching along the Red Square remained frozen in ice and snow under Mozhaisk and Volokolamsk, Maloyaroslavets and Rzhev. The bravura songs of Nazi Germany lost their frank major, and for the first time in the Reich slipped a note of doubt about whether "it was necessary ..." Then she slipped only in units, including relatives and friends of those German soldiers, from whom only birch remained in the Moscow Region crosses with helmets pierced on them.

From the speech of I.V. Stalin:
The German invaders counted (...) on the weakness of the Red Army and the Red fleet, believing that the German army and the German fleet will be able to overturn and scatter our army and our fleet from the first blow, opening the way for unhindered advance into the depths of our country. But the Germans cruelly miscalculated here too, overestimating their strength (...). Of course, our army and our fleet are still young (...) they have not yet managed to become fully staffed, while they have before them a manned fleet and a manned army of Germans who have been at war for 2 years. But, firstly, the morale of our army is higher than that of the German one, because it defends its homeland from foreign invaders and believes in the rightness of its cause, while the German army wages an invasive war and robs a foreign country, unable to believe at least for a minute in the rightness of his vile deed. There can be no doubt that the idea of ​​protecting our Fatherland, in the name of which our people are fighting, should give rise to and indeed give rise to heroes in our army, cementing the Red Army, while ideas of capturing and robbing a foreign country, in the name of which the Germans actually wage war , should give rise and indeed gives rise to professional robbers in the German army, deprived of any moral principles and corrupting the German army. (...)
And if these fierce imperialists and the worst reactionaries still continue to dress up in the toga of “nationalists” and “socialists”, then they do this in order to deceive the people, fool the simpletons and cover up their predatory imperialist essence with the flag of “nationalism” and “socialism”.

By the beginning of December 1941, the overwhelming majority of foreign newspapers wrote off Moscow, practicing forecasts only as to whether the Germans would have time to take the city before Christmas (Catholic), or they would have to “linger” on the approaches to the capital of the USSR for another two or three weeks. ". However, the Moscow counter-attack was inflicted so suddenly and effectively that neither for Christmas nor for any other special holiday did the Hitlerites have legs in the capital. Although ... Why not? They nevertheless passed ... Then ... In front of watering machines, under escort, under the hated glances of thousands of Muscovites who took to the streets to look at the "superhumans" whom the Russian army had broken the back of Moscow, buried three times in Hitler's speeches and notes from a number of Western publications. 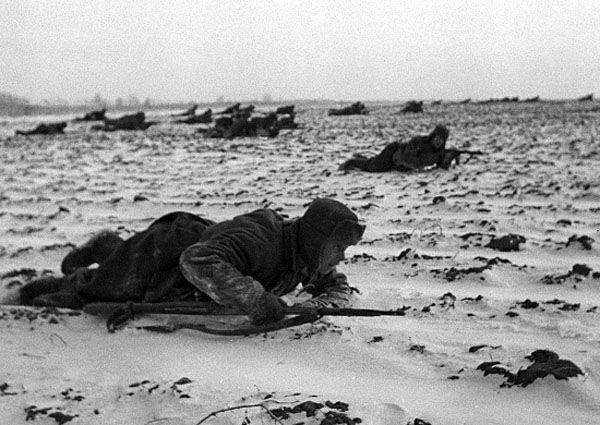 From the memo (the spelling and punctuation of the source are preserved) by the commander (at that time) of the Western Front troops G.K. Zhukov from November November 30 1941 (with the offensive plan near Moscow) to Commissar of Defense Comrade Stalin:

P.3
The immediate task is to strike Klin-Solnechnogorsk and in the Istra direction to smash the enemy’s main grouping on the right wing and to knock off the Nodal and Mother of God (k) flank and rear of the Guderian group to smash the enemy on the left wing of the armies of the Western Front.
P.4
In order to constrain the enemy forces on the rest of the front and to deprive him of the possibility of transferring troops 5, 33, 43, 49, 50, armies of the front are going on the offensive with limited objectives.
P.5
Main grouping aviation (3/4) will be aimed at interacting with the right strike force and the rest with the left Lieutenant General Golikov.

The document is Stalin's stroke with the resolution "I agree." 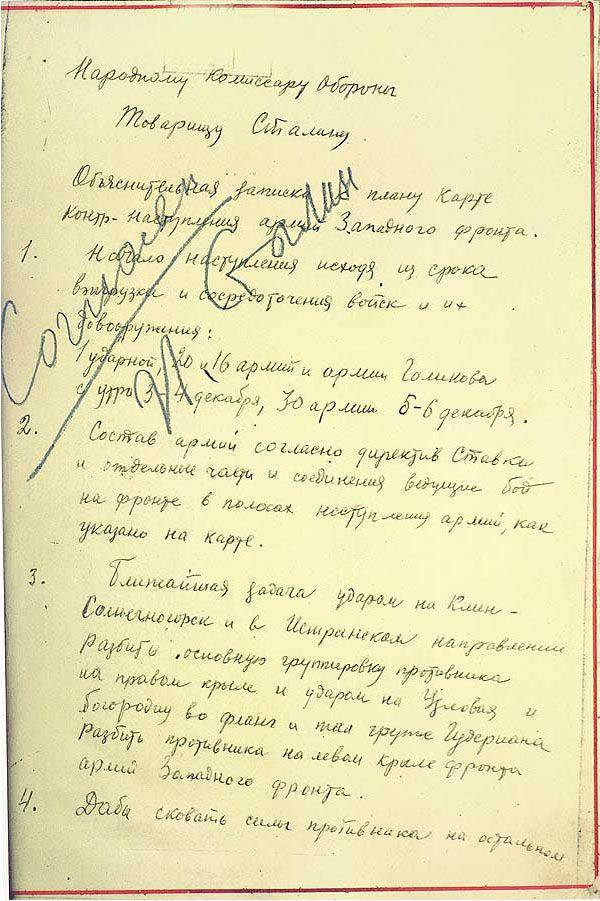 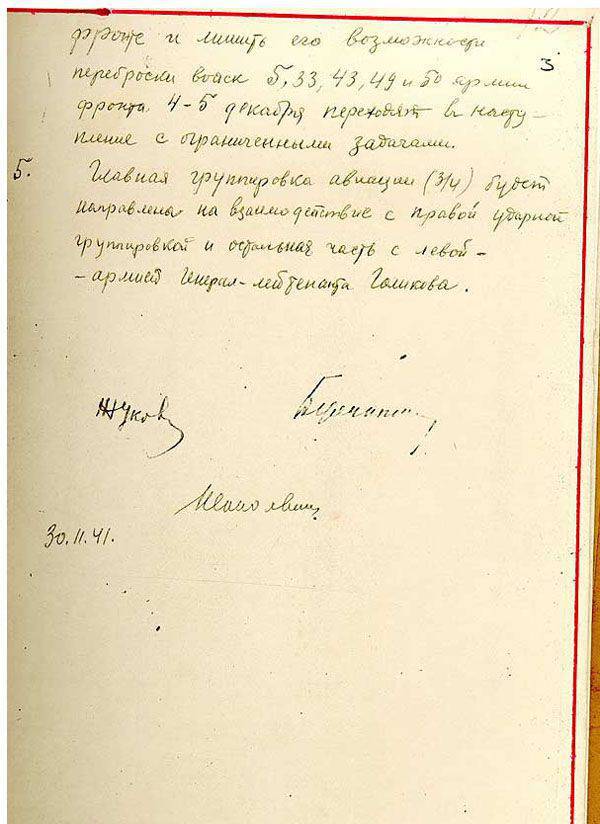 Behind these seemingly simple and mean phrases there is, firstly, a colossal intensity in preparation for the state of affairs at the front, and secondly, that feat, which by definition cannot be put to any formulations.

Early in the morning of December 5, the connections of the left wing of the Kalininsky Front, and around 14: 00 (MSK) and the connections of the right flank of the 5 Army, launched their striking blows at the enemy. This clearly violated the plans of the Nazis, as German field marshal von Buck argued about the practical impossibility of concentrating Soviet troops for a counteroffensive.

At the time of the counteroffensive of the Red Army, the preponderance of the Nazis in l / s was 1,7 million against 1,1 million for the Soviet formations, in tanks - 1170 against 774, in mortars and guns -13,5 thousand against 7652. The only power segment where the USSR had an advantage was the air fleet: 1000 aircraft against 615 from the Nazis.

6 December 1 Shock entered into action, as well as 13, 20 and 30 armies. The 7 and 8 of December were connected to the offensive by the right flank and the center of the 16 Army and the task force of Lieutenant-General F. Kostenko, the left-flank connections of the 16 Army, the task force of Lieutenant General P. Belov, and 3-I and 50- I am the army. The fierce battles took place on the Istra, Klin, Yelets, Solnechnogorsk directions.

In the battle of Moscow, the German army lost about half a million soldiers and officers, no less than 1250 tanks, 2,5 thousand guns, military vehicles. 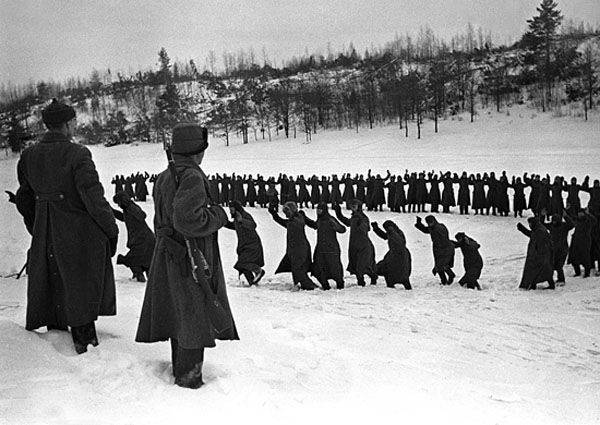 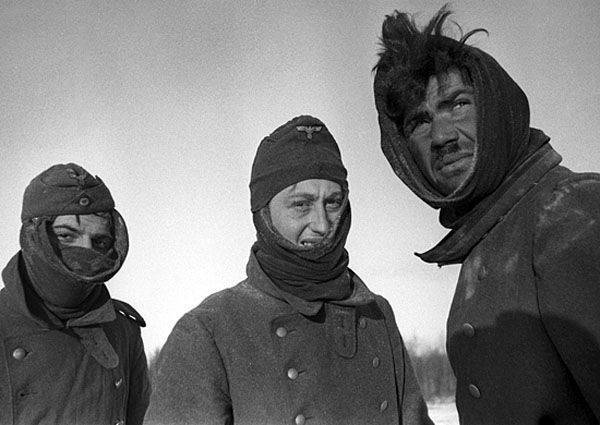 From materials of the Ministry of Defense of the Russian Federation:

Ctrl Enter
Noticed oshЫbku Highlight text and press. Ctrl + Enter
We are
Diplomats of the People's Commissariat of Defense: on the eve and during the warMyths of the Great Patriotic. Papier mache helmet
Military Reviewin Yandex News
Military Reviewin Google News
99 comments
Information
Dear reader, to leave comments on the publication, you must to register.