Ross returns to the Black Sea

December 3 2015
74
Today, the American missile destroyer “Ross” entered the Black Sea to establish interaction with the “allies and partners of the United States”, RIA News press service of the 6th fleet. 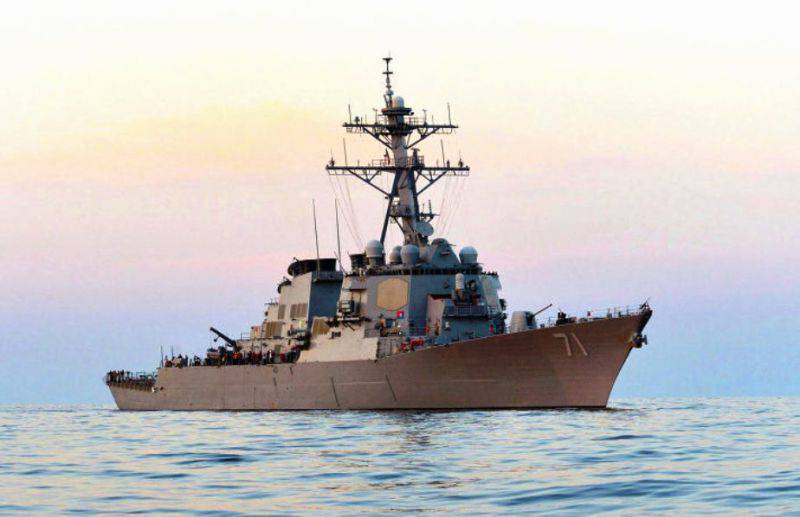 “The destroyer of the United States Naval Forces, Ross, will enter the Black Sea on December 3 to ensure peace and stability in the region,” the release said.

It is noted that "the main task of the ship in the Black Sea will be to establish cooperation in ensuring maritime security and maintaining the combat readiness of the naval forces with the allies and partners" of the United States.

The agency recalls that on October 20 during tests of the marine component of the European missile defense system, the destroyer successfully intercepted a ballistic missile in the North Atlantic.

Help RIA "News”:“ Arleigh Burke’s type destroyers, including Ross, are armed with two Aegis launchers that allow you to carry Tomahawk cruise missiles equipped with nuclear warheads to 56. Also on board the ship is a helicopter SH-60 "Sea Hawk". The crew of the destroyers "Arly Burke" is 337 man. "

Ctrl Enter
Noticed oshЫbku Highlight text and press. Ctrl + Enter
We are
On the way to the Black Sea, the American destroyer Ross met with Russian BDK
Military Reviewin Yandex News
Military Reviewin Google News
74 comments
Information
Dear reader, to leave comments on the publication, you must sign in.