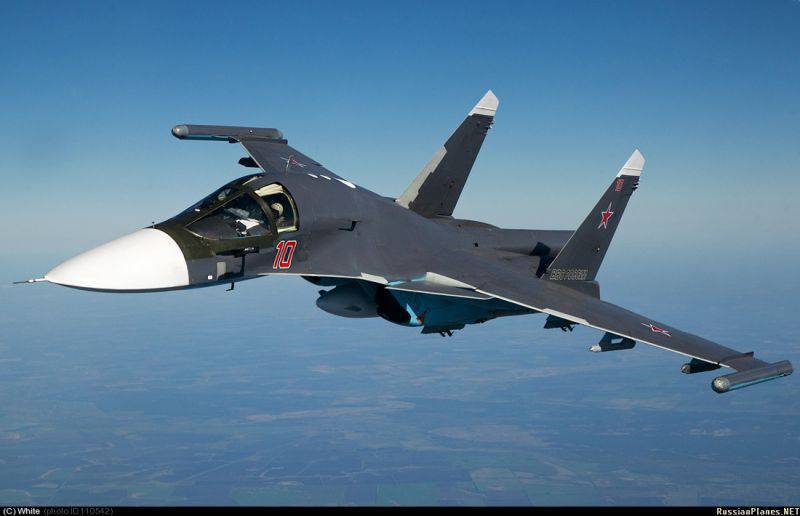 "In a separate bomber aviation Regiment of the Southern Military District, stationed in the Rostov Region, received another Su-34 front-line fighter-bomber. The aircraft’s crew made a non-stop flight from the aerodrome of an aircraft building enterprise in Novosibirsk with a length of more than 4 thousand km, ”the release said.

It is reported that "the arrival of the Su-34 in the regiment completed the creation of a third squadron of fighter-bombers."

"Since the beginning of the new academic year the crews of all three squadrons began scheduled flights with working on the combat use of air and ground targets. Great importance is attached to honing the skills of in-flight refueling, ”the press service told.

It is also noted that “from the beginning of the year about 4 units of new and upgraded aircraft - Su-20, Su-34SM and Su-30М30 helicopters, as well as more 2 Mi-15TSH and MTPPR-helicopters Mi-8MTNMX helicopters of the Air Force and Air Defense Forces of the Southern Military District went down to the aviation of the year. 28H.