In heaven and sea 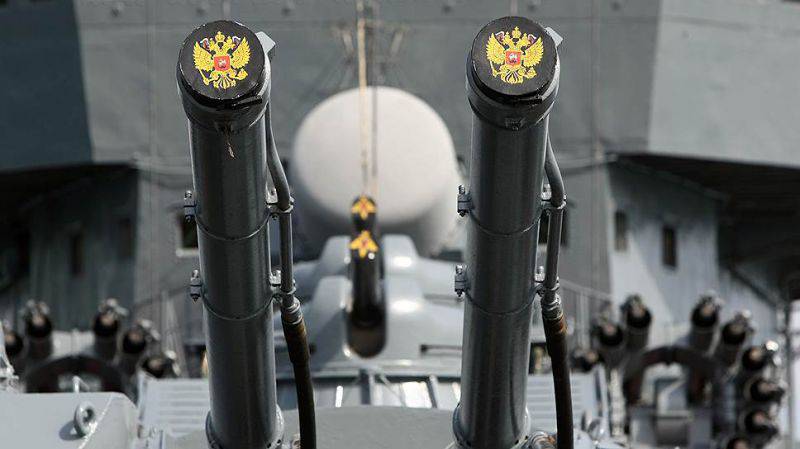 Russia suffered the first casualties in Syria for two months: first, Turkish Air Force fighters shot down a Su-24M bomber in the border area, then a Mi-8 helicopter was destroyed during the clash. Two Russian soldiers were killed. The incident not only aggravated relations between Moscow and Istanbul to the limit, but also served as a pretext for strengthening the Russian grouping in Syria with the latest air defense systems. In such a situation, it will be extremely difficult to create a broad coalition against the Islamic radicals operating there, but the Kremlin does not refuse this idea.

News about the crash of the Su-24 on the Syrian-Turkish border found Vladimir Putin on November 24 at his residence Bocharov Ruchei, where he was preparing to receive King Jordan Abdullah II. Already after the first report of the General Staff, it became clear that the situation was out of the ordinary: the Russian military reported that there was no violation of Turkish airspace (it flew at a distance of 1 km from the border of the country), and the Su-24 bomber was shot down over Syria at the height about 6 thousand m air-to-air missile. According to Vlast, on the basis of the importance of the incident, the question of an emergency meeting of the RF Security Council was considered, but in order to conduct it, it was necessary to quickly gather all members of the council. It was quite difficult to do this, because only Foreign Minister Sergey Lavrov was in Sochi, and all the other officials were either on a business trip (Defense Minister Sergei Shoigu, for example, was on a visit to Egypt), or in Moscow - they could arrive no earlier than In a few hours. Since it was not possible to cancel the visit of the Jordanian leader, who was already on his way to Bocharov Creek, the president decided to make all the key statements at the very beginning of the negotiations.

Vladimir Putin’s words that day were unprecedentedly tough: promising that the downed aircraft "would have serious consequences for Russian-Turkish relations," he accused Turkey of working with terrorists operating in Syria and Iraq. "Today's loss is connected with the blow that the accomplices of terrorism inflicted on us in the back. In another way, I cannot qualify what happened today," he said.

Initially, no one wanted to believe in the version of the deliberate attack of the Turkish fighters, the high-ranking Vlast source in the Russian government structures admits, but the facts supported this particular version. Representatives of the General Staff of the Armed Forces of the Russian Federation wanted to reach their Turkish counterparts through military-diplomatic channels, but they did not want to talk: they most likely expected instructions from the country's political leadership. Representatives of the leadership pointedly and publicly said that the downed plane violated the space of Turkey and their pilots had every right to open fire to kill, especially since ten warnings were allegedly issued to the crew of the Russian Su-24M. The Ministry of Defense of the Russian Federation did not have such information, but the means of their objective control clearly indicated: the bomber was shot down in Syrian airspace. It was impossible to contact the Turks - none of the many attempts to success led, and in the meantime, Turkey made contact with the NATO countries. According to Vlast, this fact was the last straw, due to which Vladimir Putin allowed himself to speak out, practically not holding back.

The situation was aggravated by the death of Lieutenant Colonel Oleg Peshkov, commander of the Su-24 - he was shot by the terrorists still in the air, literally a few seconds after the ejection from the wrecked plane. The navigator Konstantin Murakhtin miraculously escaped: the military said that the captain not only promptly made contact with the Khmeimim airbase, where the Russian air group is stationed, but also hid for hours from the pursuit of the militants. As soon as the UAVs recorded its location, two Mi-8 helicopters with special forces were sent to the Kyzyl-Dag mountains. By this time, Murakhtin had already been found by servicemen of the Syrian government army, the co-workers could only evacuate him and deliver him to Hmeymim. However, during the operation, one of the helicopters came under fire and was forced to sit down near the Turkmen mountains. A shootout ensued, during which the Marine Alexander Poznich received a mortal wound to the neck. As a result, one helicopter managed to fly away, the second, according to the General Staff, was destroyed by mortar fire. All three servicemen presented to state awards. Two - Peshkov and Pozynic - they got posthumously.


Apart from these losses, the second month of the Syrian operation was quite successful for Russia: they were reported at the General Staff that in only 48 days aviation The Russian Air Force performed 2289 sorties and launched 4111 missile and bomb strikes on the main infrastructure, accumulations of military equipment and manpower of the militants. Reporting to the president on November 20, Sergei Shoigu stated that the main efforts are focused "on undermining the financial and economic base" of the terrorists of the Islamic State banned in Russia. "This ensures the successful operation of the Syrian government forces in the regions of Aleppo, Idlib and mountain Latakia, as well as Palmyra," the minister reported, adding that the number of terrorists arriving in the country is declining. The aviation group, on the contrary, was growing: Su-24M and Su-34 bombers, Su-25SM attack aircraft, Su-30SM fighters, and four Su-27SM3 fighters and eight Su-34 fighters, were located in Hmeimim. At the same time, strikes were also carried out with the help of strategic aviation (Tu-95MS, Tu-160 and Tu-22M3), which are armed with cruise missiles X-101 and X-555.

The maritime group in the Mediterranean and the Caspian Sea consisted of ten ships. At the same time, the 20 November rocket ship Dagestan and the small rocket ships Uglich, Grad Sviyazhsk and Veliky Ustyug launched 18 cruise missiles Caliber-NK on seven targets in the provinces of Raqqa, Idlib and Aleppo. In total, according to Sergey Shoigu, in the period from 17 to 20 in November, an 101 cruise missile of air and sea-based missiles was launched, as a result of which, taking into account the bombing, the enemy’s 826 objects were eliminated. According to a source in Vlasti, in the operational military command and control bodies, the build-up of forces and means to fight terrorists in Syria took place in stages and depending on specific tasks: for example, shelling of Caliber missiles from the Caspian Sea was carried out because large objects of gangs. “They had to be eliminated as a matter of urgency,” he explained, adding that for the same reason, strategic aviation was involved. The increase in the air group in Khmeimim occurred to cover the troops of Bashar al-Assad at the time of the attack on the position of terrorists.

Despite the general attitude towards the struggle with the "Islamic State", there are quite a few obstacles to creating a broad coalition.

The incident with the Su-24 led to major changes during the operation: the next day, the Guards missile cruiser "Moscow", serving in the Mediterranean group of the Navy, took a new position in the coastal part of Latakia. Moreover, armed with the C-300F Fort, an anti-aircraft missile system, he was ordered to destroy any airborne target that poses a potential danger to Russian aircraft. The newest C-400 Triumph air defense systems were deployed in Khmeimim, for which the Syrian operation was the first combat test, and all Russian bomber aircraft should perform combat missions solely under the cover of fighter aircraft. There is an imbalance: on the 24 front-line bomber (in 12 units Su-24M and Su-34) there are only eight Su-30СМ and Su-27СМ fighters. However, according to the interlocutor of "Power", he will be corrected in the near future by redeploying another fighter link to Syria.

Obviously, these measures are not aimed at fighting the "Islamic State" (they do not have aircraft), but at controlling the airspace in which also aircraft of NATO countries, including Turkey, fly. At the Pentagon, not all measures taken by the Russian Defense Ministry found understanding. “Such systems (C-400.—“ Power ”) will further complicate the already complicated situation in the sky over Syria and will not do anything to advance the fight against terrorists,” said Lieutenant Colonel Michel Baldans. A senior military official of the Ministry of Defense commented on this statement to the authorities briefly: "We do not intend to fight against coalition planes, but we will ensure the safety of our aircraft and our people by any available means."

If relations between Russia and Turkey are affected in almost all areas (Prime Minister Dmitry Medvedev spoke directly about the introduction of sanctions against recent friends last week), then the chances of creating a broad coalition, despite the extremely tense situation, still persist. Speaking at the ceremony of presenting foreign ambassadors of credentials to 26 on November 12, Vladimir Putin said: “I hope that a truly broad international antiterrorist coalition will finally be formed, which will act in a coordinated manner as one powerful force, and in particular will support the actions of the Russian military performing successful operations against terrorist groupings and structures in Syria. " He expressed the hope that after the terrorist attacks aboard the Russian Airbus A-321 airliner in Egypt and the bombings in France, the brutal massacres in Lebanon, Nigeria and Mali "there will come an understanding of the need to unite the efforts of the entire international community in the fight against terror."

Military and diplomatic officials interviewed by Vlast argued that even after the crash of the Su-24M, there is a chance of creating a coalition, especially since the idea is supported by the leaders of Italy and France. After a series of terrorist attacks in Paris, the President of the Fifth Republic, Francois Hollande, even offered to forget about disagreements and “unite the might” of France, Russia and the USA and in support of his words sent the aircraft carrier Charles de Gaulle with multipurpose aircraft to the shores of Syria. Vladimir Putin ordered Russian sailors to establish contact with French colleagues and act "as allies."

Despite the general attitude to the struggle with the "Islamic State", there are quite a few obstacles to creating a broad coalition. For example, according to an official spokesman for the Russian Foreign Ministry, Maria Zakharova, by November 26, "not one of the countries of the anti-Igil coalition had ever named a single district or an object belonging to terrorists." Until now, Russia and the NATO countries disagree on who exactly is being hit: the West believes that Bashar Assad’s opponents are the victims of Russian planes and missiles, and not radical Islamists. In Moscow, it is refuted. The statement by the NATO leadership regarding the existing confirmation of the Turkish version of the Su-24 crash added fuel to the fire. And although it was subsequently disavowed, it is not necessary to count on an early stabilization. “What the Turks have done is treason, and we don’t forget betrayal, as well as those who cover these traitors,” a high-ranking Kremlin source told Vlast.

Ctrl Enter
Noticed oshЫbku Highlight text and press. Ctrl + Enter
We are
Heroes of the war: the loss of the Armed Forces of the Russian Federation during the Syrian operationThe new concept of the Russian Aerospace Force of the Russian Federation will include a radical response to the Turkish aggression against the Su-24M
Military Reviewin Yandex News
Military Reviewin Google News
60 comments
Information
Dear reader, to leave comments on the publication, you must to register.