Presentations of new projects were held as part of the Army-2015 exhibition held in July and the Naval Salon in St. Petersburg that followed it. The public was shown the layout of an aircraft carrier, and we saw that it would be as big as its American counterparts, and, interestingly, atomic.

How are they and how are we

The Americans, who always wanted to have a “long arm” in the ocean, took up their carrier fleet almost a century ago. Back in 1920, they converted Jupiter Carbohydrate into the USS Langley aircraft carrier (CV-1). Curtiss TF-1 piston planes were based on it, and communication between the flight crews and the ship was carried out using pigeon mail.

When the USS Enterprise was launched in 1960, the first American aircraft carrier with a nuclear power plant, it already had an index of CVN-65, that is, it was the 65 in the US aircraft carrier account. The new-class aircraft carrier Gerald R. Ford received the CVN-78 index, and its two sisterships, John F. Kennedy and already the third Enterprise, will bring this bill to 80. These figures illustrate an already well-known fact - America has long regarded aircraft carriers as a crucial military-political tool. The only country that, in addition to the United States, built an atomic aircraft carrier, remains France with its Charles de Gaulle.

We had nothing of the kind in our fatherland, and some more or less convincing attempts to create a carrier fleet in the USSR began only in the 1960s, when our country launched two helicopter carriers, Moscow and Leningrad. Of course, something was done before - you can recall the hydro-aviatransports of the Russian Empire or the Red Army “Kommunu” - the barge “France”, reworked during the Civil War for the transport of aircraft. Of course, they could not take off from the barge. There was also a pre-war draft aircraft carrier (project 71), which was stopped by the war. And after the war, while the giant US aircraft carriers, accompanied by AUG, as they say, plowed the seas, the Soviet leadership was inclined to an asymmetric response, mainly in the form of a nuclear missile weapons and far aviation. The situation changed with the removal in 1964 of Nikita Khrushchev from the leadership of the party and the state. In 1968, it was decided to stop the construction of the 1123.3 anti-submarine cruiser at the Black Sea plant in Nikolaev and instead begin work on the first large anti-submarine aircraft cruiser of the 1143 Krechet project. During the 1970s, four ships of this project were built (they could carry 12 Yak-36 / Yak-38 vertical take-off aircraft and a certain number of helicopters, and Kiev was the first-born). In reality, the combat capabilities of these ships were very modest. Differing from the low-armed aircraft carriers of the United States with an impressive set of missile and artillery weapons, they could not boast of air power. The Yak-38 was not the best product of the domestic aviation industry - it did not even have an airborne radar and was lightly armed. Of the four sisterships of the Krechet project, only one is operational today. In the past it was called “Baku”, then “Admiral Gorshkov”, and now it goes to sea under the Indian flag and the name “Vikramaditya”.

The development of this Soviet line of heavy aircraft-carrying cruisers was the 1143.5 project, within which the aircraft-carrying cruisers Varyag and Admiral Kuznetsov were built in Nikolaev. And they were closer to the traditional aircraft carriers. Due to the rejection of some of the weapons, these ships had an increased flight deck with a characteristic springboard. Unlike the 1143 project, they bore planes taking off with a takeoff run. All of the above Soviet heavy aircraft-carrying cruisers had a boiler-turbine powerplant, and it was planned to equip Ulyanovsk TAKR only with the 1143.7 project with an atomic heart. In addition, the ship was supposed to install a steam catapult, the design of which was worked out on the famous Crimean ground NITKA. But “Ulyanovsk did not survive the collapse of the USSR and was dismantled on the stocks in 1992 year. 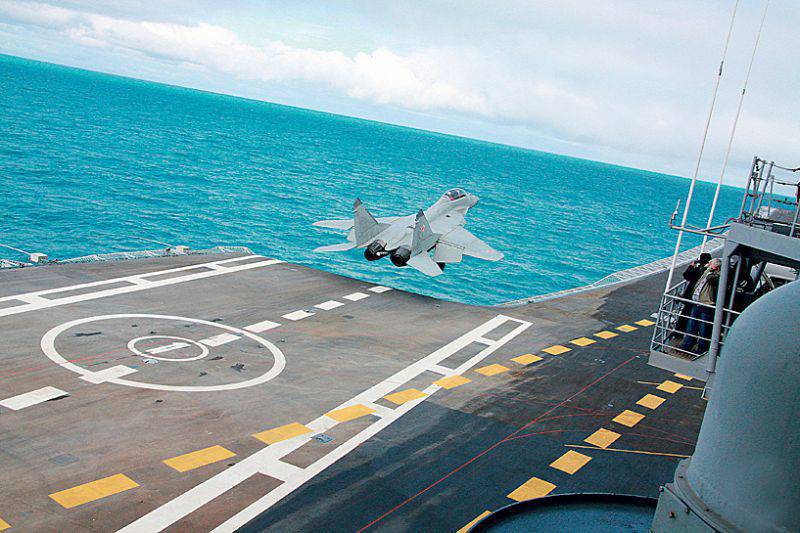 The deck-based MiG-29 is a multifunctional all-weather machine of the 4 ++ generation. Their tasks include air defense and anti-ship defense of connecting ships, and striking enemy ground targets. The most modern modification is the MiG-29 KUB.

The day after tomorrow

In this история domestic aircraft carriers is over. The Admiral Kuznetsov continues to remain in the ranks, but this year he embarked on a major overhaul. "Varyag" was bought by China from Ukraine, allegedly to create an entertainment center, and then completed and put into the Navy PLA under the name "Liaoning".

Two important conclusions can be drawn from this whole story. The first conclusion: all domestic aircraft carriers were built at a plant in Nikolaev, and cooperation with this company, located on the territory of Ukraine, is impossible for the Russian defense industry today due to well-known circumstances. The second conclusion: none of these aircraft carrier cruisers was equipped with a nuclear power plant. Of the warships using atomic energy, in our Navy there were only submarines and heavy nuclear-powered nuclear cruisers of the 1144 Orlan project. One of the four such cruisers - "Peter the Great" - is in service. Ships of this type were produced in Leningrad / Petersburg, at the Baltic Shipyard, and thus the competence in the construction of heavy surface ships with a nuclear reactor in Russia remains.

And now it has been announced that in the field of aircraft carrier construction we from the Soviet past should step into the day after tomorrow. Russian nuclear aircraft carrier to be. But when? A model of a promising ship was created within the walls of the St. Petersburg Krylov State Research Center, perhaps the main think tank of the Russian military shipbuilding. In June, at the “Army-2015” exhibition, the model was exhibited at the stand of the Russian Navy. The second-rank captain Maxim Sorokin, who works at the stand, speaks about the project with typical military caution: “What we see on the stand is the likely appearance of the ship and those aircraft that will be based on it. Finally, the fate of the project is not resolved. There is no final decision on both the designer and the company in which the aircraft carrier will be built. There are two programs for the construction of the Navy - short-term (up to 2020 year) and long-term (up to 2050). The creation of an aircraft carrier, therefore, refers to the 2020-2050 period. ” 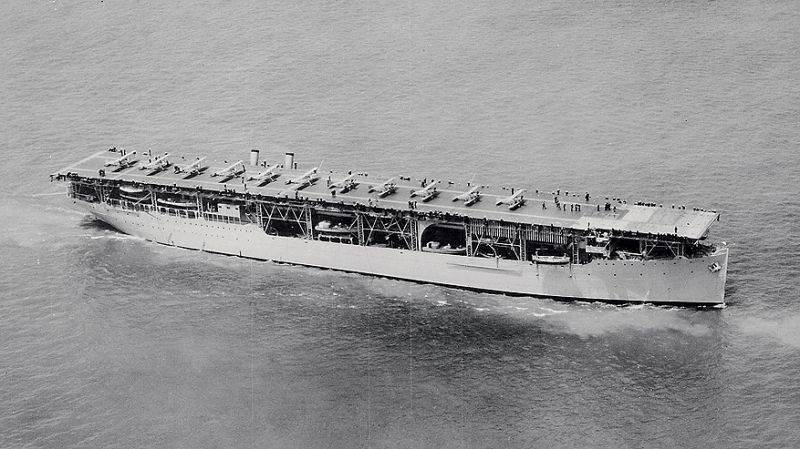 The USS Langley (CV-1), the first real aircraft carrier in the US Navy, was converted from Jupiter coal as early as 1920. Since then, the United States has acquired a powerful carrier fleet, which has several generations.
Islands and jumps

The advance project was presented in sufficient detail by representatives of the Krylov Center at the Navy Salon - 2015, held in St. Petersburg in July. It became known that the project received an index 23000 "Storm". It is assumed that the aircraft carrier will have both a nuclear power plant and an additional (backup) gas turbine. The numbers are voiced a little, but what is known is interesting to compare with the parameters of the newest American aircraft carrier Gerald R. Ford. Both ships - existing and designed - have a displacement of about 100 000 t. The length of the "American" - 337 m. "Storm" on 7 m shorter. The width of the hull on the waterline is respectively 41 and 40 m. Draft - 12 and 11 m. Similar and speed - about 30 nodes (55,6 km / h). Ford can carry more than 75 aircraft, including multifunctional fighters, DRLO planes, helicopters and drones. In the Russian project with a similar structure of the aviation grouping 90 aircraft announced.

This simple comparison suggests that the Russian project in terms of weight and size parameters and weapon sets is guided not so much by Russian traditions as by the latest samples of American aircraft carrying ships. However, there are some noticeable differences. One thing has already been said - this is a hybrid power plant. The second is that, unlike the US aircraft carriers, instead of one “island” on the deck of the “Storm” there are two, but “thinner” ones. According to representatives of the Krylov Center, such a scheme with separation in space of the control points of the ship and aircraft will increase the survivability of the ship. However, it is unlikely that such an option can be recognized as domestic know-how. Two "islands" on the deck are installed on the recently launched Queen Elizabeth, the newest British aircraft carrier. The third difference is that, in the spirit of national traditions, our ship will have a springboard, and even two. Two springboards will lead to them (one short, the other long). Trampolines on their ships, the Americans, as you know, do not use. They use catapults - steam, and now electromagnetic, and launch from a catapult in the project "Storm" is also provided. 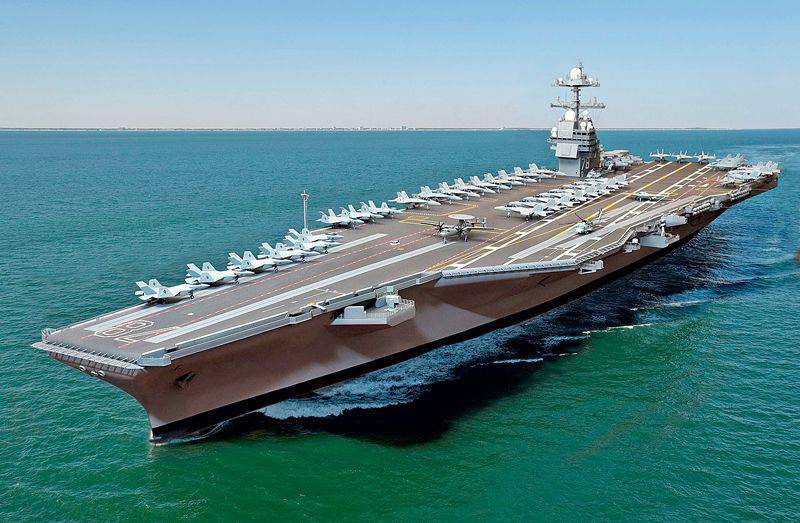 USS Gerald R. Ford (CV-78) belongs to the newest generation. The ship is equipped with two atomic reactors and is capable of carrying around 76 aircraft. Due to the total automation of management, the number of crew members is significantly reduced.
If we talk about the aviation grouping of our prospective aircraft carrier, then it will presumably include the MiG-29KUB multi-purpose carrier-based fighter jets, as well as the deck version of the 5 generation fighter, now known as the T-50 PAK FA. In addition to the strike aircraft, the ship will take a group of DRLO facilities. Probably, these will be airplanes developed on the basis of the unrealized Yak-44 project, which was worked out back in 1970-s and had an American E-2 Hawkeye (developed by 1950-x, which is still in the US Navy) as its obvious prototype. It’s difficult to say anything about the unmanned component, as promising Russian models are under development. Unlike the Soviet TAKRs and following the example of the American aircraft carriers, the Storm will not have a significant amount of ship armament on board, but it will be equipped with an anti-aircraft missile system and anti-torpedo defense.

However, the absence of a large number of own weapons suggests that the aircraft carrier is guarded not only by its own aircraft, but also by other military surface and submarine ships. So the implementation of the project "Storm" will undoubtedly mean an update in other classes. Along with the aircraft carrier, the Krylov Center presented this summer the project of the Russian destroyer Shkval, which is an export version of the nuclear destroyer Leader, which, by the way, is also just a project. These multifunctional ships, developed using the stealth technology, will, in particular, be involved in the air defense and missile defense systems and will take on board such means as the C-400 and C-500 complexes (when and if the latter will be created).

If an aircraft carrier under the Storm project is once built, this will, of course, be an outstanding achievement of the Russian defense industry. And the question of how it will fit into the Russian military doctrine, and what this doctrine will be at the time the ship is launched, will probably be discussed for a long time. 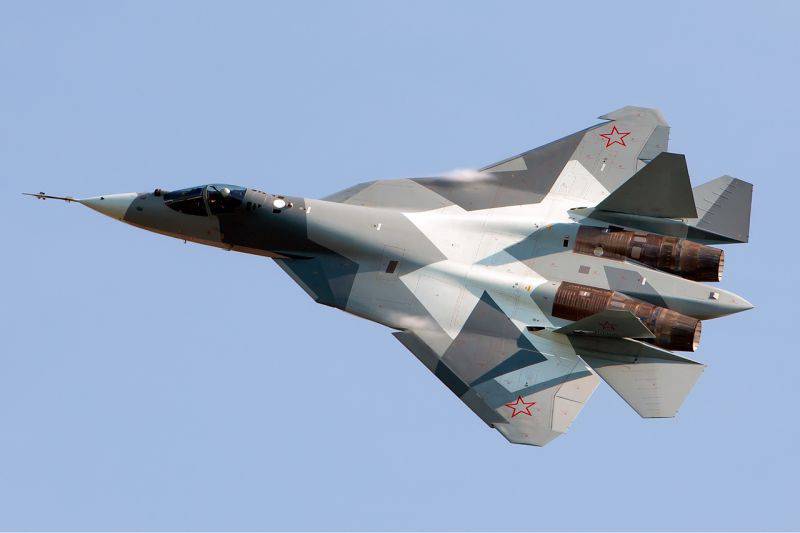