December 6 2015
29
Scientific and technological progress forms threats that can put humanity on the brink of extinction.


In recent years, such a concept has emerged as convergent technologies, which include the NBIC (nano-, bio-, info- and cognitive), designed to fundamentally improve both the environment and man himself. The convergence of these technologies is due to the highest degree of interdependence and an increase in their efficiency in conjugate, interrelated application. They include biomedicine and genetic engineering, psychophysical effects, computing and communication tools, cognitive neuroscience.

Convergent technologies provide the emergence of such an abundance of innovations, which in the form of some comprehensively tested, tested (including safety for humans and the environment) and prepared for mass production of samples, not even an economically and technologically developed country can do.

Convergent technologies are capable of delivering indisputable advantages to consumer products based on them. This fact marks the beginning of a new technological race that carries many dangers.

“The horizon is already close, beyond which the formation of armament systems for the new-look armies on the basis of the currently existing technologies and technical means will become a meaningless exercise”
They are not only about the possibility of creating a super destructive weapons and new types of microorganisms hostile to humans, constructed by bioengineering methods, in catastrophic destruction of habitat by nanotechnology products, in pollution of the communicative space of modern civilization with information and cybernetic products ... Now only one computer villain or genius is able to provide the planet with nuclear Armageddon.

The mastery of mankind by a set of modern advanced technologies, which multiply its capabilities, naturally and inevitably causes the most significant changes in the life of society, including its material condition, safety, moral and ethical, moral relations with other individuals and societies as a whole.

The problem of further technological development may be the fact that the distinction between industrial, household and military tools will be practically blurred. At the same time, its accessibility to any state, social groups, organizations, and even individuals becomes more and more with the increase in the communication of societies. The boundary between the state of war and peace is being erased. An assessment of the opportunities offered by NBIC technologies shows that armed violence will increasingly become secondary, other forms and methods of hostile influences on the state, society and the individual will emerge. The problem of controlling the spread and application of new technologies is becoming akin to arms control, but because of their specifics, it is much more complicated.

The greatest influence of convergent technologies is expected in the field of biology, primarily in medicine, since it most clearly affects the very basis of the existence of living matter. Convergent technologies, providing access to the molecular dimensional level of the physical world and its endowment with artificial intelligence, provide tremendous opportunities for changing the “man-made shell” of civilization. But at the same time they make a distinction between living and nonliving very unsteady. 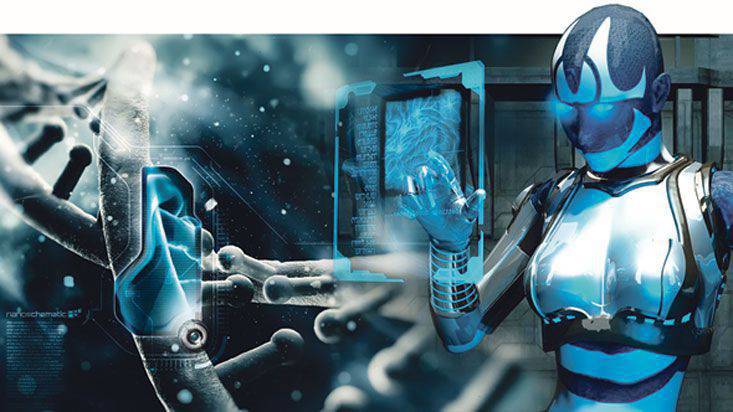 Biotechnology is able to provide the widest use of living organisms, their systems or waste products to solve technological problems and create new creatures with the necessary properties.

The most radical application of nanotechnology in medicine will be a qualitatively new level of diagnostics and treatment, the creation of molecular nanobots that can destroy infections and cancers, repair damaged DNA, tissues and organs, duplicate whole life support systems of the body and even change its properties.

The list of threats posed by convergent technologies in this field of medicine is very obvious, because almost every achievement can be turned to harm people and society. Instead of destroying infections with the help of nanorobots — cellular construction of known and new bacteria and viruses, damage and destruction of vital organs and areas of the human body, individual and mass neuroprogramming, blocking the reproductive functions of members of a certain nation or race — the list can be very long. The newest biotechnologies create tremendous opportunities for intervention and inevitably face the moral question: to what extent can intrusion into natural processes be allowed, will this activity lead to the appearance of viruses or even higher organisms against which humanity and the existing ecosystem will be powerless?

Convergent technologies in the energy sector will be embodied primarily in alternative sources. Nanotechnology can improve the efficiency of the refining industry and at the same time lead to a sharp decrease in the importance of this industry. The distribution of low-cost solar cells will begin the process of forming a new, more efficient, environmentally friendly and more decentralized energy management.

In recent decades, the theory of the information society has been actively developed, historical phase of the possible evolutionary development of civilization, in which knowledge is combined and multiplied in a single information space. The information technology revolution will quickly turn into a new production force and will make possible the mass production of cognitive and systematic information, new technologies and knowledge. The leading branch of the economy will be intellectual production, the products of which will be accumulated and distributed through new telecommunications facilities.

Material objects will be able to exchange information with each other and with management servers without human intervention. Using a global network with many wireless access points, objects can interact with each other at any distance.

One of the applications of the Internet of things directly in relation to a person is the so-called bodinet. This is a system of implants that monitor the condition of a person and his organs, and transmit messages about this to medical institutions. In the future, it is expected to realize the possibility of correcting this state by introducing appropriate drugs.

If we take into account that by now the volume of information flows has doubled in less than five years, then not so much the possession of information becomes strategically important, as the ability to process, systematize and get new actual knowledge from it faster than others. The cognitive technologies, which in turn can be built on the formalization of cognitive abilities, are focused on solving this problem.

Do not be late with control

In the future, cognitive technologies may lead to the creation of a new mega-industry comparable to the computer industry.

They are focused on helping a person to set and solve problems, including poorly formalized creative (political, economic, military, etc.), to identify and effectively use their cognitive potential, the ability to learn and create. 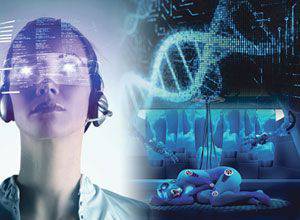 The social consequences of the introduction of convergent technologies consist in changing the communication systems and the emergence of social forms based on the new capabilities of neural interfaces and virtual reality. Any communication system is currently local in nature, but the combination of machines and the human brain will give the prospect of a new level of communication where information can circulate in the human-machine chain. With the help of nanostructures and nanobots — human-machine interfaces and nanochip implants — direct access of local and global information networks to the human brain and sensory organs will be possible.

Given these achievements and the benefits provided by cognitive technologies, you can try to formulate a range of threats induced by them. Threats can be structured on three levels: global, interstate and local.

Global threats include changes in the goals of wars, which will be conducted precisely for economic control over production built on convergent technologies in all its forms. But this is not the war in the usual sense. It is rather a war of technology, intelligence, confrontation based on information and technological superiority. A kind of material embodiment of this type of war is what we currently call informational and cybernetic wars.

New conflicts will be wars not so much people as artificial intelligence, and they created technology and virtual reality.

In interstate relations for developed countries, there is a temptation to use their advantages in computer technologies and means of information and psychological impact on the individual and public consciousness of a particular country or region for informational, political, economic and cultural expansion.

Today, thanks to new technologies, the effects of information exposure may be comparable to the results of hostilities in the framework of the traditional military confrontation.

Local threats include the following:

-the use of nano-weapons by terrorists;
-side effects of new drugs developed using nano- and biotechnologies;
- ill-intentioned impact on the human condition through the “bodinet”;
- environmental damage caused by poor handling of nanoproducts and genetically modified materials;
-the emergence of new forms of discrimination, including total control over life and human activities.

Some of these threats are relevant today. These are information wars, genetically modified and nanoproducts with not fully studied properties and consequences of application. A number of others will become relevant in years, some will appear in decades. But the emergence of these threats is obvious, predictable and inevitable. Therefore, it is necessary to prepare for their parry.

Summarizing, we can note the following. The horizon is already quite close, beyond which the formation of armament systems for the new-look armies on the basis of the currently existing technologies and technical means will become a meaningless exercise. The scientific and technological revolution, which is based on convergent technologies, increasingly requires the awareness of the spectrum they generate and the nature of the threats, respectively, and the formation of a “response system”. Obviously, this is no longer a weapon system in the usual sense of the word, since the confrontation of states and societies in the future is not only and not so much a military one. This is a kind of integral impact of one society on another, covering all possible spheres of human activity - from material to mental, all types of nature - animate and inanimate, all levels of knowledge - macro and microworld.

Therefore, one cannot rule out a scenario that, instead of an unrestrained and extremely dangerous arms race based on convergent technologies, humanity, for the sake of its own salvation, will be forced to tackle the problems of total legal, organizational, instrumental control over the development and practical application of these technologies. It is technologies, and not final products created with their use, that is, weapons models. Only one question remains: will human civilization have time to reach such a high level of awareness of danger in order to take this path, or will it slip into a disastrous technological trap earlier?