December 3 2015
28
The second year in a row in Russia 3 December is the Day of the Unknown Soldier. This date is dedicated to the soldiers who fought for the freedom and independence of the motherland, who fell on the battlefields - the soldiers whose names after their death could not (or could not for a long time) be established. 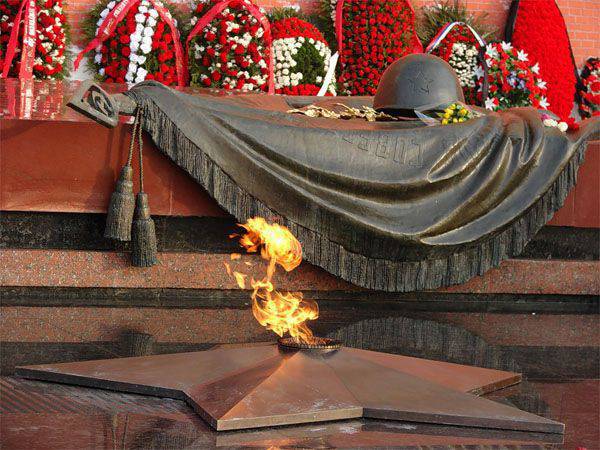 The initiative itself to create such a memorable date is primarily associated with the fighters who fell during the Great Patriotic War. Until now, in hundreds of unknown mass graves from Stalingrad and Bryansk to Prague and Berlin lie Soviet soldiers, whose feat of freeing the world from Hitler’s brown plague cannot be forgotten. It was for this purpose that the Day of the Unknown Soldier appeared in the calendar of military holidays and memorable dates - a soldier, whose name is unknown, and the feat is immortal.

The decision on the introduction of the corresponding holiday in the calendar of holidays was adopted by the State Duma of the Russian Federation in October 2014. This decision was taken as an expression of tribute to the memory of those soldiers who laid down their heads for the future of the country and people, and who lay in the damp earth under the monuments without names and surnames carved in gold letters, or even in burial places, about which nothing is known and more than 10 years after 70 after the red banner of Victory was hoisted over the defeated Reichstag.

The work on the identification of the remains of Soviet soldiers who died during the Great Patriotic War, is carried out by volunteer organizations that have recently made a truly great contribution to the cause of writing military pages. stories. Thanks to such people who are doing the hard work of finding the remains of soldiers, identifying events, reburial of the remains of the heroes, an unknown soldier turns into a soldier who has found his name after his death on the battlefield.

Enthusiasts from the search squads, often working in places where large or local battles took place during the Great Patriotic War, were able to "return" the names to tens of thousands of fallen soldiers. Such work is worthy of great gratitude, and Military Review says THANKS to all those who have been engaged in such work and continue to do it now. Thanks to your initiative, your interest and your involvement in the process, what should happen is happening: the descendants will learn the names of their ancestors - those who stood to death near Moscow, took Hitler’s army in the ring in Stalingrad, burned the enemy’s Tanks near Kursk, he beat Bandera evil in Western Ukraine, forced the Dnieper, took Berlin.
Thanks to the careful and responsible work of search teams that work in various regions of the country, unknown soldiers of other wars are finding their names. Sometimes, by a small shred of a half-ruined document, a crucified cross with an engraving or a miraculously preserved letter, it is possible to identify the remains of the soldiers who fell during the First World War and in the civil war years into the Russo-Japanese.

One of the many public organizations engaged in search work, operates in the Moscow region. This is a search party Naro-Fominsk "Boomerang". Here are those fragments of documents according to which representatives of “Boomerang” were able to identify the remains of the Red Army soldiers who died in 1941, and stopped the advance of the Nazis to Moscow: 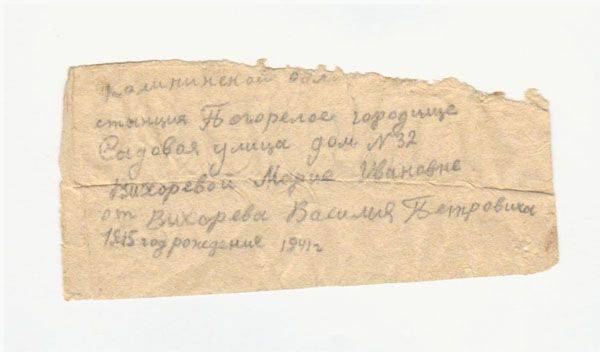 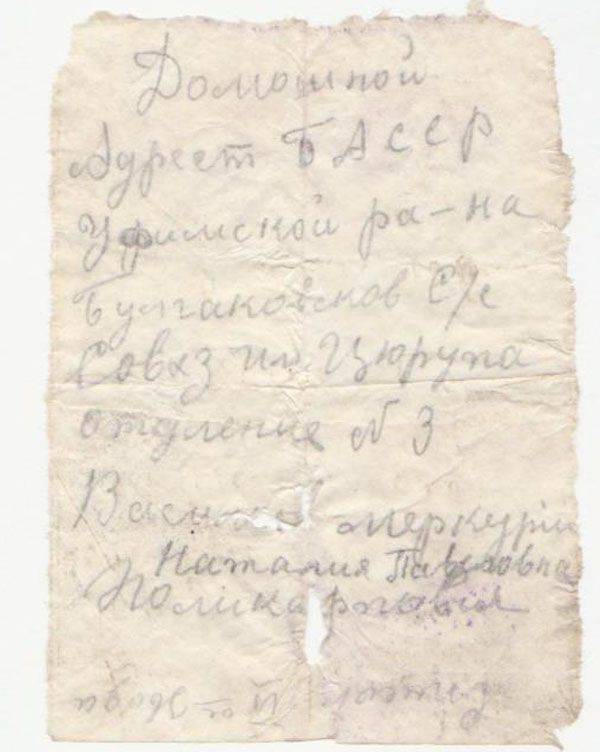 Thanks to this work, the names of the dead Red Army soldiers became known: Private Vasily Petrovich Vikhorev 1915 b., Mercury Polykarpovich Vasiliev 1905 b., Peter Ivanovich Asabin 1908 b., Kirill Feoktistovich Krotov 1918 b., Commander of the branch Ivan Pavlovich Lapina 1903 b.

In the Kursk region operates a search squad "Frontier"based in the city of Zheleznogorsk. In August 2015, the search engines of "Rubezh" identified the remains of the Red Army soldier Konstantin Ivanovich Klukin, who was killed during the Great Patriotic War. In total, "Frontier" was able to detect and establish the names of more than 120 fighters of the Red Army. The procedure for the identification of the remains was carried out by personalized medallions, rifle shells with notes, letters to soldiers from relatives, signed personal belongings, information received from local residents and from archival documents. In some cases, photographs of unknown fighters were discovered, the names of which, thanks to the work of the children from Rubezh, have now become public knowledge and, most importantly, the relatives of the fallen soldiers now know exactly the burial place of the remains of their dead grandfathers and great-grandfathers and could bring fresh flowers to the grave.

Arkady Semenovich Trushnikov born 1915 (air gunner-radio operator 4 BAP 42 DBAD), was killed in a battle in October 1941 in the Oryol region. 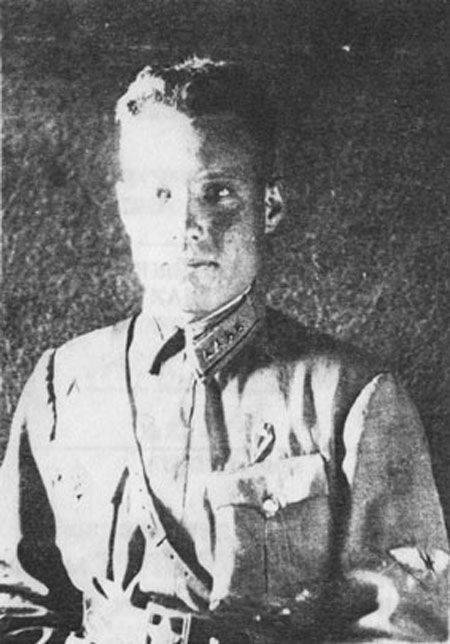 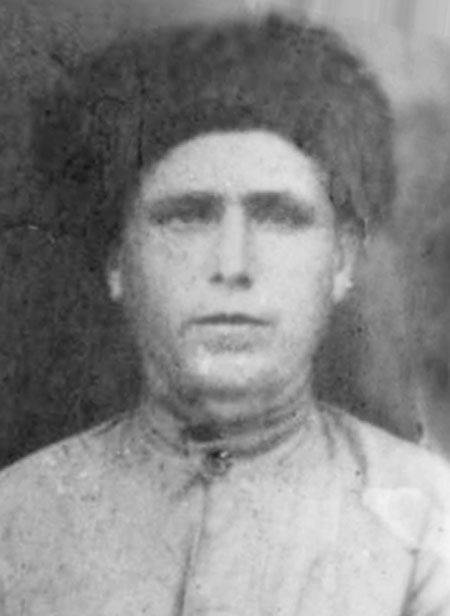 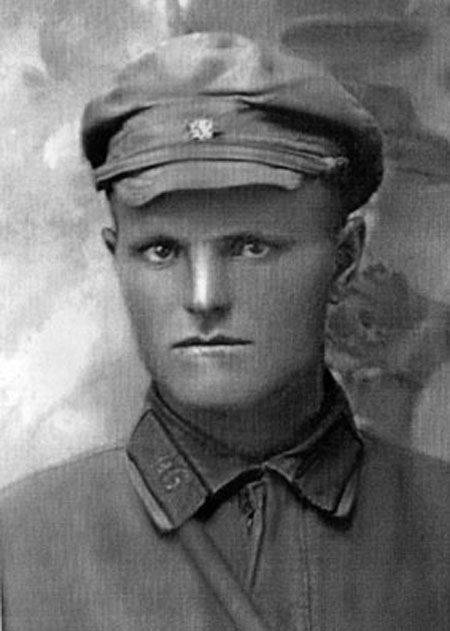 On the Day of the Unknown Soldier, memorable events and memory watches will be held throughout the country with the participation of both veterans' organizations and initiative youth.

Unknown soldier, we do not know your name, but we know about your feat!