December 2 2015
61
On Wednesday, the 558 Aircraft Repair Plant handed over to the Belarusian 10 Air Force overhaul MiG-29 aircraft, reports MIC with reference to the country's Defense Ministry. 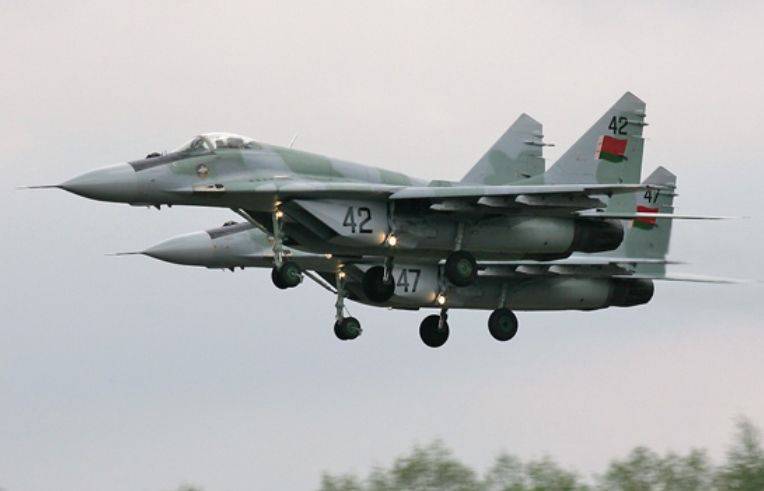 “The repaired MiG-29, of which eight combat aircraft and two training aircraft, entered the 61 fighter airbase in Baranavichy (Brest region),” the report said.

The press service noted that "the planes underwent a scheduled overhaul since April 2014 of the year."

Earlier, Alexander Lukashenko declared that “the repair and modernization of military equipment remains an important direction” in Belarus, since “it is not always possible to buy new equipment”.