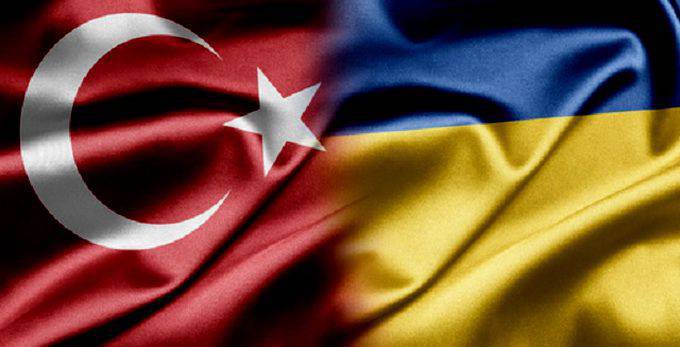 The right of nations to self-determination is one of the fundamental rights enshrined in international law. And, to one degree or another, recognized by all civilized nations of the planet. This does not mean that any people, after desiring state sovereignty, immediately receive what they want. Much depends on the geographical location of the places of its compact residence. And from much more. However, there are generally accepted civilized procedures for solving such problems. And the cultural and administrative autonomy of even small nations is a matter of course.

In this case, stories known to the state-unique. States that deny the rights of nations not only to self-determination, but also to existence. The most striking example of such a state is Nazi Germany. And in the modern world - Ukraine and Turkey.
And if we know everything about Ukraine, which does not recognize the rights of their culture and civilization choice for Russians, then Turkey is something abstract for us. Leather jackets, sandy beaches and "Hey, Natasha." Turks - they are Turks.

Meanwhile, Turkey, before Ukraine, which considers itself “Ponad Uce”, came up with the idea that there is no one around but the Turks. And not the Turks should become Turks or die. So all Armenians died on the territory of Turkey, and this cannot be called anything other than genocide. It is impossible to forget that most of Armenia is annexed by Turkey. And the symbol of the Armenian people, Mount Ararat, painted on the coat of arms and brandy label, in reality, is located on the territory of modern Turkey. And only the employment of big wars and international conflicts for a hundred years has distracted us from the restoration of justice.

The other affected people, and perhaps the most affected, are the Kurds. A nation of tens of millions. The largest people in the world, out of statelessness. Yes, that there, statehood! The people took away his land and the right to be called a people. From the point of view of the Turkish authorities, such a people does not exist!

For decades, the Turkish army has destroyed the Kurdish people. Destroys cities and towns. Aviation strikes Kurdish settlements in other countries. In the destruction of the Kurds, Turkey knows no boundaries, does not recognize their presence. Turkish secret services hunt for Kurds around the world. And the head of Kurdistan, Ocalan, even managed to steal from Moscow. Despite the fact that the State Duma adopted a resolution granting Одcalan political asylum. And it’s even interesting if there are exhibits dedicated to this event in the recently opened Yeltsin Center.

But nothing can last forever. People can not be destroyed. You can only, by destroying the people, destroy their own state. This happens sooner or later. Nazi Germany had enough 13 years. Ukraine went to disaster for a quarter of a century. Turkey stretched a hundred.

Today, when international conflict unfolds on the fragments of the Ottoman Empire, when Superpowers are interested in ensuring stability and optimizing inter-ethnic relations in the region, Turkey, which is accustomed to playing on contradictions and does not recognize the right to be themselves for peoples, will have to change with the region. Probably, we are talking about a cease-fire, the withdrawal of the army, a general amnesty and the granting of autonomy to Kurdistan. All this should be enshrined in the constitutional amendments. Decentralization of government and federalization of the state.

Ctrl Enter
Noticed oshЫbku Highlight text and press. Ctrl + Enter
We are
The world we leave, the world we enter, and the world between them"International law? I do not know what it is, contact my lawyer "
Military Reviewin Yandex News
Military Reviewin Google News
65 comments
Information
Dear reader, to leave comments on the publication, you must to register.