Kerry: Erdogan is ready to close the border with Syria

December 2 2015
56
The US foreign minister, John Kerry, said that a common language was found with Turkey in terms of the need to close the border with Syria. According to Kerry, the military (the United States and Turkey) “have already begun work on this” (at closing the border). We are talking about the Turkish-Syrian border, the length of which is about 100 km. It was through this section that insurgents entered Turkey from the Syrian territory in order to “lick” wounds, and smuggling oil flows were sent and sent using multiple tank trucks. 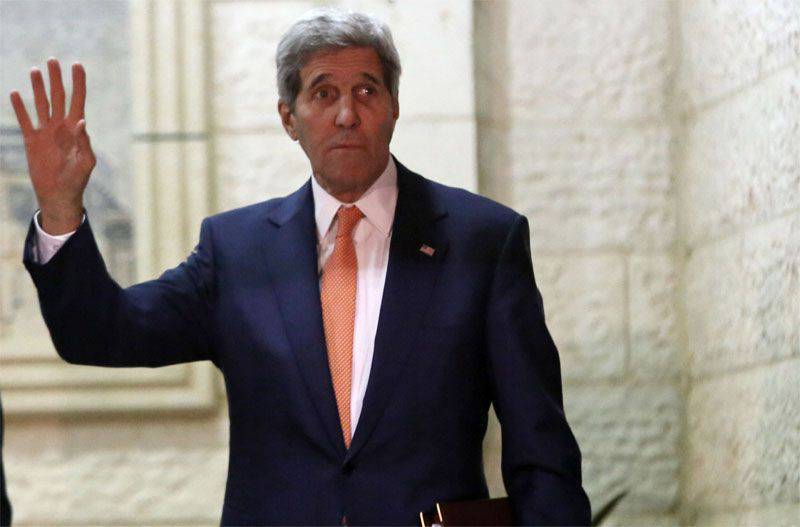 RIA News cites a Kerry statement:
It remains to close the 98-kilometer section of the border, we have full agreement without having to discuss the consequences of how to act to close this section of the border. President Erdogan intends to do this. We will work together on this, we are going to hold the necessary consultations between our military to do it.

Earlier in the United States stated that without the closure of this site, "the struggle with the IG can be delayed."

Attention is drawn to the fact that the site, which is allegedly not controlled by Turkish border guards, began to pay particular attention after publishing material in the Turkish newspaper Respublika about the dispatch by the Turkish intelligence service weapons the militants in Syria, as well as after the statements of the President of the Russian Federation Vladimir Putin that the columns of gasoline tank trucks on an industrial scale supply contraband oil from Syria to Turkey - to large ports.

Recall that after the publication of the above-mentioned publication, the editor-in-chief and correspondent of the Turkish newspaper arrested the Turkish President Erdogan’s personal lawsuit, which now requires life sentences for journalists.

Ankara is clearly trying to whitewash itself with statements of readiness for measures to “close the border”, although in fact, by closing one section of the border, Turkey will immediately “stop controlling” another in order not to lose the channels of “live” communication with the militants in Syria.