For the cruiser "Moscow", located off the coast of Syria, is closely watching the American destroyer 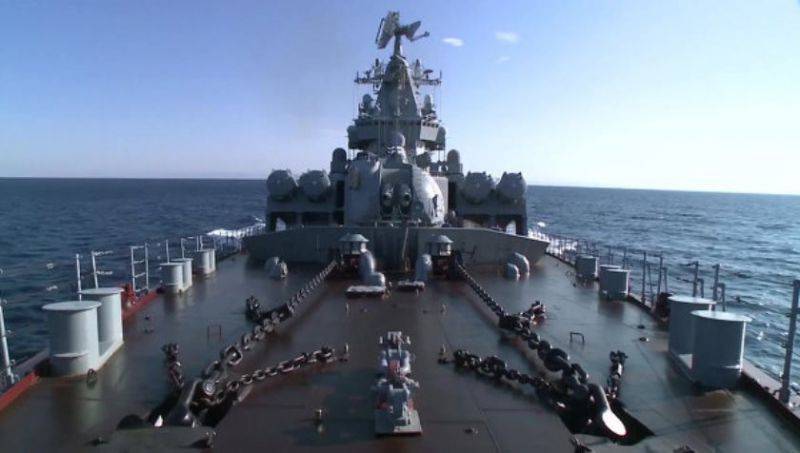 "For the missile cruiser" Moscow ", which covers the Russian airbase" Khmeymim ", observes the destroyer of the US Navy Carney. The ship arrived from neutral waters south of Cyprus, ”the report says.

According to the channel, "the destroyer Carney is named after Admiral Robert Carney, launched in the summer of 1994 of the year."

In addition, Turkish submarines established surveillance of the Moscow. “In particular, two submarines, the Dolun and Burakreis, are watching the ship,” the message reads.

The Russian ship settled off the coast of Syria (in the coastal part of Latakia) from November 25. It is equipped with an anti-aircraft system "Fort", which is analogous to the C-300.

Photos used:
Press Service of the Ministry of Defense of the Russian Federation / RIA Novosti

Ctrl Enter
Noticed oshЫbku Highlight text and press. Ctrl + Enter
We are
"Krasuha-4" covers the Russian airbase in Syria from intelligence satellites and radar E-8 JSTARSNew SU-34 arrived at Baltimore Air Base
154 comments
Information
Dear reader, to leave comments on the publication, you must to register.