Project "ZZ". Strengthening of the Middle Kingdom and the extinction of Europe

December 2 2015
51
This week, the Chinese yuan has fallen into the basket of the International Monetary Fund. Yuan became "his" in the company of the dollar, euro, yen and pound sterling. Until 30 November 2015, nothing like this happened in the financial world: the key currency never became a currency that could not be called freely convertible. Experts say that the status of China as an economic force of world importance will soon rise. Other analysts point out that today the Celestial Empire is in a very favorable position, skillfully taking advantage of the sanctions against Moscow and Tehran.


Keith Bradscher at "New York Times" spoke about how the Chinese yuan proclaimed one of the reserve currencies.

The analyst calls the IMF decision "epoch-making" because it emphasized the "growing financial and economic weight of the Middle Kingdom."

The new currency position will allow Beijing to "pave the way" to the widespread use of the yuan in trade and finance. In addition, the author of The New York Times writes, China’s status “as an economic force of world importance” will be strengthened.

In addition to the yuan, the IMF basket contains only four currencies: the dollar, the euro, the pound sterling, and the yen.

It was not easy for the Chinese to determine their currency in this very basket. The journalist reminds that Beijing’s path to the new status was “thorny”. The IMF put forward a number of stringent requirements, without which the yuan would not have become a key currency. In order to fulfill these requirements, the PRC had to partially loosen state control over the yuan. As a result, inflation occurred - in August 2015, the devaluation of the yuan "shook the world markets."

Similar phenomena with a monetary unit can lead to an even more unstable situation in the PRC - after all, today the country's economy and finances are not in the best condition; economic development is slowing.

On the other hand, the American analyst points out, adding the yuan to the group of major currencies is a clear signal from the IMF: this currency is safe and secure.

According to Christine Lagarde (Managing Director of the Fund) in Washington, the inclusion of the yuan in the basket of reserve currencies is "recognition of the progress in the transformation of the Chinese monetary and financial systems." In her opinion, the Chinese authorities in recent years have managed to achieve progress in this. 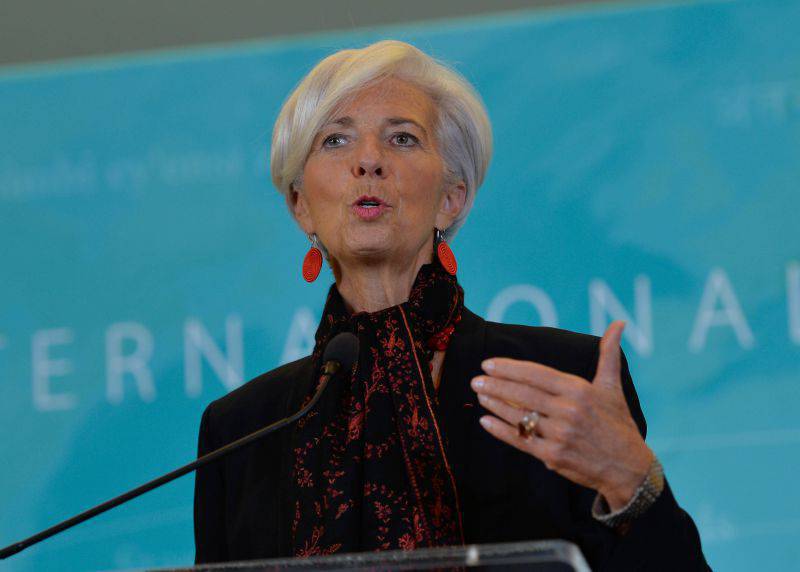 She believes that Beijing should “continue and deepen” the corresponding efforts, which in the end should lead to the strengthening of the international monetary and financial systems. And here there is a direct benefit for China: such a strengthening, in turn, will contribute to the growth of both the global and the Chinese economy.

Keith Bradscher has no doubt that obtaining key status for Beijing is a matter of "great pride." After all, the desire to "get" in the basket was one of the priorities of the economic policy of the PRC.

According to Mr. Bradscher, the Foundation’s decision also speaks of something else, namely, on the extinction of European influence. The journalist believes that now the yuan will quickly win back positions from the euro.

The key status assigned to the yuan (by the way, it will enter into force only in September 2016 of the year) will give the Chinese monetary unit real advantages over other non-key currencies. Specifically: the yuan will be one of those currencies used in the issuance and repayment of international loans.

Notes the author of the article and a number of financial problems in the PRC.

Yes, the yuan is declared a reserve currency, but this does not mean that the modernization of the Chinese economy is complete. The Chinese state still excessively regulates the financial system. In China, the situation with the protection of human rights is also unimportant. According to the American, a major role in judicial decisions is played by the Chinese Communist Party (CCP). How can a party, the courts and “human rights” relate to currency and its international advancement? The most direct: existing problems may limit the attractiveness of the yuan in the world.

China is doing well not only in the currency “battlefield”, we’ll add. A decaying Europe is being stewed in front of the Chinese and on another front. It has already reached the point that American experts recommend not only the European Union, but also the United States, to tune in to the closest "partnership" with the Middle Kingdom.

This is written in "The Wall Street Journal" Elizabeth Rosenberg and Zachary Goldman. These are not reporters, these are experts.

According to experts, China benefits from international sanctions imposed on Russia and Iran. In such a situation, the authors of The Wall Street Journal recommend that both Europe and the United States tune in to a close partnership with China.

The fact is that measures against "regimes that threaten international security" have brought Beijing "significant benefits." And in the future, the benefits of these sanctions for the Chinese will also grow.

Here is an explanation for the success of China.

Russia was punished for actions in eastern Ukraine by denying access to capital markets in the West. What did Russia do? Appealed to the Chinese. However, Beijing did not speak with Russia as a friend: the Chinese, the authors write, set out to "conduct a dialogue from a position of strength." It took some time, and it turned out: Beijing, using the situation, deftly imposed Moscow on disadvantageous conditions under two gas agreements (referring to the Power of Siberia gas pipeline). Gazprom, which had nowhere to go, was forced to agree to the unfavorable price conditions imposed by Beijing. The conditions, the authors note, are so unprofitable that the profit will hardly pay back the costs of developing the deposits.

Negotiations were underway, the issue was discussed, however, since the West does not plan to lift sanctions on Moscow, China will surely get out favorable terms for itself, experts say.

It was the Western sanctions that helped the PRC to push its yuan into a key currency position. And it was precisely the sanctions that helped the Celestial Empire to create an alternative to the previously dominant global financial system, tied primarily to the circulation of the dollar and the euro. A new Chinese financial platform has emerged - the CIPS payment system, which is, by the way, an analogue of SWIFT. The Chinese system applies to international payments related to China, but outside the jurisdiction of the United States and the European Union. Thus, participants in this system can ignore US and EU sanctions.

China can also get an interesting benefit from cooperation with Iran. Only here everything is different: the benefit of the PRC will not be from sanctions, but from their removal.

Partial lifting of sanctions from Iran will give China the opportunity to invest in Iran, ahead of the timid West. Western banks and energy companies are still afraid to invest capital in the Iranian economy, but the Chinese are likely to show less caution.

From this, one can already see that “springboard”, from which the Celestial Empire will jump to the leading positions in the international financial system.

This does not mean that the positions of the United States and the West in general will be shaken in the coming years, but it’s simply absurd to deny that sanctions really support China’s economic ambitions.

Therefore, European and American politicians should bear in mind some unintended consequences of sanctions, write Goldman and Rosenberg. China should be treated as a partner involved in the construction of a global security system. If you adhere to the policy of partnership, then Beijing will learn: it was accepted into the international financial order. As a result, the Celestial Empire will get rid of the desire to impose financial systems on the world, giving the chance to the “rogue” to avoid sanction strangulation

So, China has made another economic step to the global financial peak. The leadership of the Celestial Empire uses any opportunities to strengthen its economy, develop the country and promote national interests in the world. Putting the yuan in the basket of IMF currencies is undoubtedly a step towards world financial leadership, and it is not without reason that serious American experts advise the United States and Europe to closely “partner” with China, this real economic force of the planet. Against the background of "fading" Europe, China really looks like a giant. More precisely, the cunning giant, able to benefit from any political situation for which the West does not know how to calculate the consequences.