The Internet was created for war. 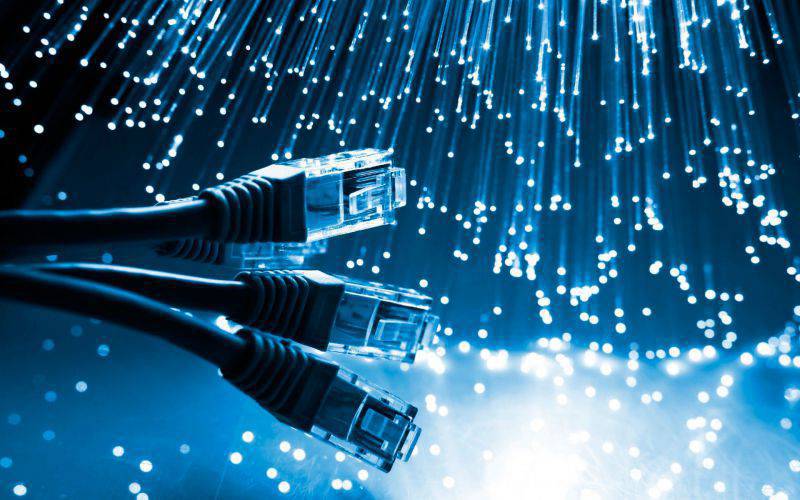 The creation of the Internet, like many other "peaceful" achievements of mankind, was associated with military confrontation. During the “cold war” (in fact, it was the Third World War), the American authorities decided to create a network that can operate even in the conditions of a nuclear war. The telephone networks used at that time did not provide adequate stability, since the loss of only one large node could divide the network into isolated sections.

In the 1957 year, in connection with the launch of the first satellite by the Soviet Union, President Eisenhower issued a decree establishing the Agency for Advanced Research Projects (ARPA, then DARPA), which collected the best American scientists. It was this agency that a few years later concentrated its activities on the use of computers for military communication needs. Computer network development was assigned to the University of California, Los Angeles, Stanford Research Center, the University of Utah, and the University of California at Santa Barbara.

The first test of technology occurred on October 29 1969. The network consisted of two terminals that were as far apart as possible from each other to test the system in maximum modes. The first terminal was located at the University of California, and the second at a distance of 600 km from it, at Stanford University. The test task was that the first operator entered the word “LOGIN”, which was the login command, and the second had to confirm that he sees it on his screen. The first experiment was only partially successful: only the letters “L”, “O” and “G” were displayed. An hour later, the experiment was repeated and was successful.

The computer network was named ARPANET (from the English. Advanced Research Projects Agency Network); in the framework of the 5 project of December 1969 of the year she united four head scientific institutions. All work was funded by the military. Then the ARPANET network began to grow and develop actively. The network began to use scientists from different fields of science. 1971 terminals were also connected to the 15 year. In 1973, the first foreign organizations from England and Norway were connected to the network, and the network became international.

In 1983, the military part of the ARPANET was separated into a separate network - MILNET (from the English Military Network, that is, translated as “Military Network”). MILNET passed unclassified information. MILNET then became part of the Defense Data Network (DDN) - US military networks within the country and abroad. The Defense Data Network subnets included, besides MILNET, Defense Secure Network One (DSNET 1) for transferring secret information; Defense Secure Network Two (DSNET 2) for the transfer of sensitive information; Defense Secure Network Three (DSNET 3) for the transfer of sensitive information of special importance. In the future, this system has been developed.

In addition, it is worth noting the contribution of England and France to the development of the network. In 1965, Donald Davis, a scientist at the National Physical Laboratory in England, proposed the creation of a packet-based computer network in England. By 1970, he was able to create a similar network to meet the needs of a multidisciplinary laboratory and to prove that this technology works in practice.

However, this breakthrough was still not enough for universal communication between computers. Still, every computer on the network had to completely download information from the sender, and only then, manually connecting, send it to the next computer in the chain. A small local network CYCLADES, in which experiments were financed by the French government, was able to solve this problem by creating a TCP data management protocol, which made it possible to verify the completion of data transfer. And only after the commissioning of a full-fledged TCP data management protocol (1976), the Internet was finally established in the world.

By 1990, ARPANET lost to its rival, the NSFNet inter-university network created by the US National Science Foundation (NSF). In 1991, the World Wide Web (WWW) project was implemented. The foundation of what we understand today as WWW was laid in the 1980s by Tim Berners-Lee in the process of creating a hypertext system at the European Laboratory for Elementary Particle Physics (European Center for Nuclear Research). As a result of these works, in 1990, the first text browser was introduced to the scientific community, allowing you to view on-line text files associated with hyperlinks. Access to this browser was granted to the general public in 1991, but its spread outside the scientific community was slow. New historical a stage in the development of the Internet is due to the release of the first Unix version of the Mosaic graphical browser in 1993, developed in 1992 by Mark Andersen at the National Center for Supercomputer Applications.

Since 1994, after the release of Mosaic versions for Windows and Macintosh, followed by Netscape Navigator and Microsoft Internet Explorer, the explosive spread of WWW popularity and, consequently, the Internet among the general public, first in the United States and then throughout the world. In 1995, NSF transferred responsibility for the Internet to the private sector, and since then the Internet has existed as we know it today.

Thus, the USSR stimulated the creation of the Internet. The threat of a big war became the motive for creating a network. The United States began to create a network, England and France completed the process.

I must say that the network has become an excellent help, and then almost the main tool of the special services. If earlier it was necessary to directly monitor a person, using rather cumbersome equipment, then with the advent of the mass Internet, the task was greatly eased. Recent scandals with the NSA of the USA and other special services have shown that “Big Brother” controls not only potentially dangerous groups, but also the whole society, including politicians, government officials (including state leaders), prominent public figures, etc. Spread all the necessary information to the network, you only need to track and analyze. For such surveillance, the NSA has a sort of another secret Internet that monitors the first Internet.

Ctrl Enter
Noticed oshЫbku Highlight text and press. Ctrl + Enter
We are
World War II: the postwar periodWorld War II: The Fall of Imperial Japan
18 comments
Information
Dear reader, to leave comments on the publication, you must to register.