German Defense Minister: we will not inform Russia about where we are going to Syria ... 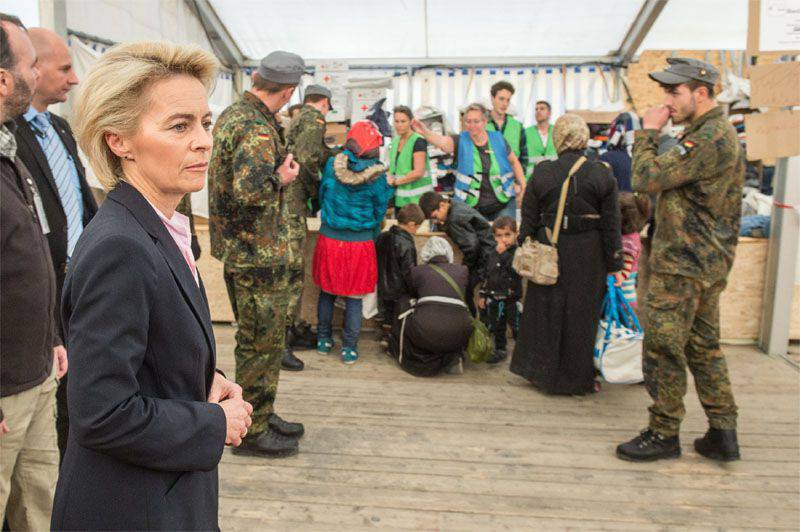 According to the head of the German Defense Ministry, who spoke on the N24 channel, the Russian side "will not be provided with data on flights of the German Air Force in the skies over Syria."

Ms. von der Lyayen's words RIA News:
I want to clarify once again: the pictures and data about where we are flying are exclusively at the disposal of the members of our coalition I spoke of. They will not be provided to Russia.

At the same time, von der Lyayen immediately added:
It will only be discussed, who flies where to avoid collisions.

Today it became known that the German government approved the participation of the Air Force and the German Navy in the anti-Igilov mission in Syria. Berlin is going to send reconnaissance aircraft, refueling aircraft to Syria. A German frigate should approach the shores of Syria. The total number of German troops involved in the operation, 1,2 thousand people.

The haste of the "allies" is understandable. The end of the DAISH (ISIL) and other terrorist groups in Syria is approaching, and therefore the West has joined the opening of the “second front” in order to divide the victory ...

Ctrl Enter
Noticed oshЫbku Highlight text and press. Ctrl + Enter
We are
German Defense Minister Ursula von der Lyayen announced the conditions for Syria under which Berlin will cooperate with the armed forces of the SARInnovation Day of the Southern Military District: Pictures from the Exhibition
Military Reviewin Yandex News
Military Reviewin Google News
311 comments
Information
Dear reader, to leave comments on the publication, you must to register.