December 1 2015
30
The United Instrument-Making Corporation is working on technologies, on the basis of which 3-generation robotic technology will be created in the future, reports TASS message of the enterprise. 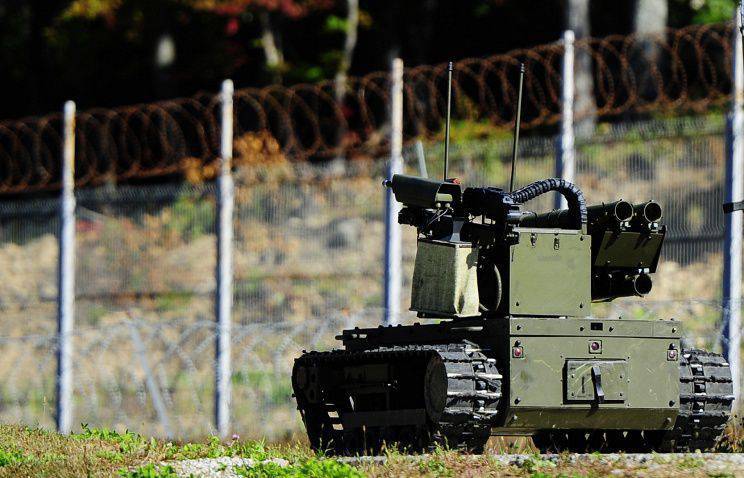 “Without robotics and GPS / GLONASS signals, such robotics will be able to navigate in space, independently choose the route of movement, recognize objects from the video image, conduct reconnaissance, interact with UAVs and other robotic complexes. At the same time, the machines will remain practically imperceptible for electronic intelligence and other means of detection, since they will have almost zero radiation level, the agency told the corporation.

“We have made significant advances in research in machine learning, artificial intelligence, and intelligent automated control systems for robotics, as well as technical“ vision. ” They taught robotics to “communicate” with each other, help each other and solve problems together, ”said Alexander Kalinin, director of the defense industry department.

The company's specialists believe that "ground robots of the new generation will be able to navigate in space even with the loss of navigation system signals, as well as recognize objects." According to them, “with the help of SLAM technologies (Simultaneous Localization And Mapping, a method of simultaneous navigation and mapping), robots will be able to create three-dimensional maps of the terrain along which they move.”

Earlier, in October, it was reported that the defense complex had completed work on the Unicum technology, which is capable of automatically controlling up to 10 of robotics units simultaneously.

Ctrl Enter
Noticed oshЫbku Highlight text and press. Ctrl + Enter
We are
The next wave: race to the wars of robotsUnited Instrument Corporation is working on third-generation robots
30 comments
Information
Dear reader, to leave comments on the publication, you must to register.