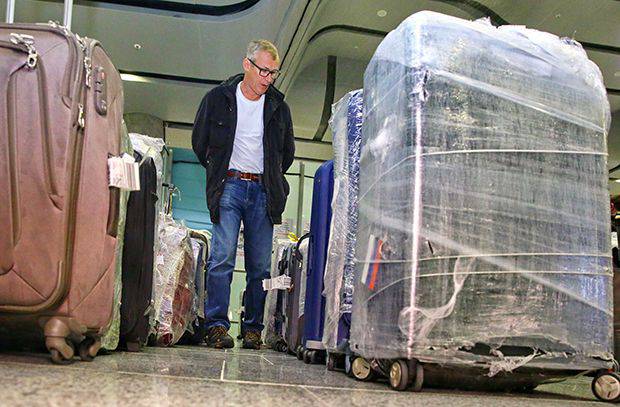 How Russian scientists responded to the terrorist threat

A series of terrorist attacks that took place recently in different parts of the world and took the lives of several hundred people, made the Russians focus on personal security. Increasingly, in public places there are demands for precautionary measures and vigilance. But, as practice shows, it is not always possible to calculate in real conditions in transport or on the street potential terrorists. This can only help a special technique. Therefore, Russian scientists have focused on developments that allow time to identify potential terrorists and avoid new tragedies. "Russian Planet" found out how these inventions work and how effective they are.

10 meters to the threat

Scientists of Tomsk State University presented to the public a unique development - a radar capable of reacting to electronic elements at a distance of 10 meters and more - launching devices that do not distinguish between metal detectors.


According to representatives of the TSU, the device looks like a half-meter reflector. Its capabilities allow for a relatively short distance to find electronic components hidden under clothing or in bags: diodes, microchips, launchers, and many other radio components that can trigger explosive devices, for example, a shahid belt. A simple man in the street, he rather reminds the "plate" of satellite television.

As it turned out, the device could have come into being much earlier. The first scheme and model appeared in Tomsk University more than 30 years ago. According to Professor Vladimir Yakubov, who stood at the origins of the creation of the device, now the radar is not much different from the prototype.

- Everything new is well forgotten old. The idea came to me about 30 years ago, but the first sample was assembled by another person. Since then, he has been with us, and recently we decided to improve it, ”says Vladimir Yakubov. - Then the detection range was small - about 50 cm, in some cases - meter. We at the department slightly upgraded our development with some devices, mirrors, and the range of directional action has increased significantly - now it amounts to 10 m and more.

The development was considered closed for a long time, but, the professor notes, the times have now changed. If over the first radar worked about 10 people, then today, three people have upgraded it, not counting several university students.

The cost of the locator for today is about half a million rubles.

According to Yakubov, the modernization of the device will not stop there. In the future, the weight will be reduced, the design will be simplified, and the length and range will be increased. But now the results can be considered pretty good. During the experiment, the device was able to detect an imitation of an explosive device — a bar of soap with a trigger attached to it — through the wall, in the carrier’s bag. Now the detection accuracy is about 10 m, and there is no longer any analogue of such a radar in the world. Due to what happens such an exact localization, the developer keeps secret.

Scientists suggest that Radioglaz-antishahid will find wide application in crowded places and at strategic sites.

The development of Moscow scientists was presented on November 17 at the booth of the international exhibition Milipol, held in Paris. The device called HumanRisk is able to respond to the emotional behavior and stress of a person, it is developed by STT-group.

As the general director of the company, Ivan Tkach, said, the device remotely notes the stress of a person, his anxiety and aggression. Thanks to the simplest camera and digital post-processing, microvibrations are noticeable on the face, peculiar to people under internal stress. Even a trained person will not be able to deceive the device, the developers say. The device is somewhat reminiscent of a lie detector that can capture human emotions, but with its own characteristics. Data processing takes about one second, the detector can work in places where open video is prohibited, HumanRisk is able to function offline and without human intervention.

Also at the exhibition, the domestic company presented two more developments: a device for the detection of unexploded ordnance and a non-linear detector. The second development is similar to the invention of Tomsk specialists: it is able to find various electronics, which, for example, are forbidden to bring to closed objects. The list of detectable devices that are declared on the official website of the French exhibition includes cell phones, voice recorders, memory modules and SIM-cards. In addition, the device finds improvised explosive devices, as well as remote fuses and triggers, as well as all kinds of miniature electronic chips and chips.

It is noteworthy that the weight and size of the Moscow device is several times smaller than the Tomsk counterpart - about 1,5 kg. Power is provided by two batteries. But compactness also affects the range of the device, which is much worse in the metropolitan analog: cell phones are visible from a distance of 1 and less.

Another domestic company, Logis Geotech, presented a new stenovizor. It is impossible to prevent a terrorist act with his help, but he is able to help with rescue or assault activities.

From the description of the device it follows that the radar can determine the exact location of people outside the walls of virtually any material, whether it is reinforced concrete, brick or wood. It is noted that the wall thickness should not exceed 60 cm, while the person can be seen at a distance of 21 m. In addition, the device can check communications, including looking for explosive devices in the walls, the floor. 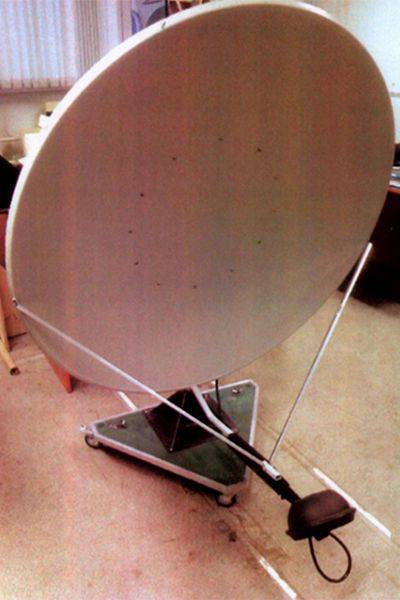 According to scientists, the device will be upgraded: the weight will be reduced, the design will be simplified, the length and range will increase. Photo: tsu.ru

How we are protected is a mystery

Representatives of the Tomsk airport refused to talk about how to prevent and prevent terrorist acts, citing the secrecy of such information.

The situation could be clarified by Timur Kurbangaleyev, head of the information and public relations department of the Transport Department of the Russian Ministry of the Interior in the Siberian Federal District. According to him, the refusals to give answers on security and are part of measures to prevent terrorist acts.

“As for the situation in Paris, there are no special changes after it, and the set of measures that was used before is used now only in a reinforced mode,” said the official. - There are reinforcements on the ground, and lately there has been no specific know-how in this area. Nevertheless, even the familiar arched metal detectors installed at airports and train stations are not as simple as they might seem. As for the employees, there used to be interaction with various structures: traffic control stations and railway stations, duty crews and so on. Now this collaboration has become as solid as possible. Special attention is paid to the so-called "human factor".

According to the UT officer of the Ministry of Internal Affairs, in Tomsk and the region there were no detentions of people who were really involved in extremist activities.

The effectiveness of the development of Tomsk scientists Timur Kurbangaleev difficult to discuss, since no tests and tests of the radar law enforcement agencies have been conducted. While talking about the equipment of this locator crowded places is still early.

In addition, law enforcement officers raise questions about how the device will react to cell phones, tablets and other electronics, which the radar can regard as a means to carry out a terrorist act. But, according to Professor Yakubov, this is another trick of the locator, which he did not speak about during the test period.

“The radar does react to electronics, but otherwise than to something that is dangerous,” Yakubov said. - Now the alert occurs with the help of the simplest sound signaling, but it will be possible to display information in digital form.

According to Yakubov, it will take no more than one year to start the mass production of the device, and production can be arranged almost everywhere, including in a number of Tomsk enterprises. All the documentation, as well as specialists, is in the country, the only question is in the financing of the project. So far, no offers have been received from investors wishing to invest money in further development. But the scientist is sure it is only a matter of time.