"It is possible that Turkey will leave NATO in general" 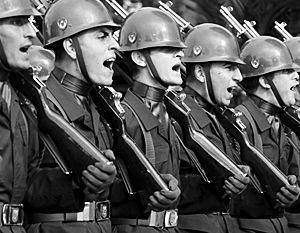 “The Turkish military has become disillusioned with global international security structures. Searching for technologies that could provide Ankara with rocket and nuclear weapon"- Turkologist Alexander Vasilyev told the newspaper VIEW. He also does not exclude that the Turkish army, where ideas about the national empire are alive, will soon invade Syria.


On the eve of Russia launched a C-400 anti-aircraft missile system in Syria. Together with the Fort complex of the Moscow-launched missile cruiser, it will ensure the safety of the flights of the Russian air group and destroy any targets that pose a danger to it. It took about a day to implement this solution.

The same day, the Turkish President said that in the event of intrusion into the country's airspace military will act in the same way as in the case of the downed Russian bombers. This republic has long and consistently building up its military presence near the border with Syria, pulling back heavy weapons and artillery.
It is clear that the war between Russia and Turkey is not yet able to walk and talk, but the incidents and clashes in Syria (the country, which Ankara considers a zone of its interests) with the participation of the military in both countries is now quite possible. Than it threatens Russia? What is currently the Turkish army? How it sees the future of Turkey? In an interview with LOOK told about it at the Institute of Oriental Studies and the Russian-Turkish educational and scientific center of Russian State Humanitarian University, a visiting expert of the Center for Analysis, Strategy and Technology Aleksandr Vasilev. 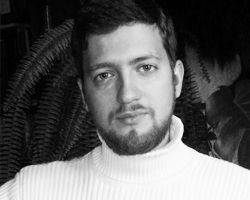 Alexander Vasilyev (photo: rsuh.ru)
Alexander Vasiliev: Maybe this army is not as high-tech as the United States, but it is very numerous, well-armed. Two circumstances distinguish it favorably from the armies of Europeans and Americans - this is the readiness for great casualties and the readiness to fight in extremely uncomfortable, harsh conditions.

Best of all psychologically motivated commandos and officers. The army is formed on the basis of the call, and most of it up recruits. But in the barracks is being reinforced advocacy process. And in general, when initially lower level of motivation than the officers, recruits will also be motivated enough.

If you look at the biographies of the latest chiefs of staff, you will see that they speak two or even three Western languages, have studied for many years not only in Turkey, but also in Western Europe, in NATO structures around the world. They have great political, administrative, and sometimes diplomatic experience. The generals consist of educated people and at the same time determined. The main ideology is, of course, nationalism, but it often turns into ultra-right views.

VIEW: And how high are now among the generals Erdogan's credibility? It is known that at the beginning of his reign, he was faced with a constant dull resistance war.

A. V.: Attitudes towards him changed. Just recently, the archives were made public in the cases of Kuvalda, Ergenekon, and Baloz Plan, in which preparations for a coup were incriminated to the military. A lot of personal correspondence has been published, from which it can be seen that the attitude in the general staff to Erdogan was far from enthusiastic, and the attitude towards the question of whether the military should interfere in politics is ambiguous.

Some in the general staff were going to intervene in politics, but the moment did not give them a chance. Erdogan used the criteria that the European Union put forward for entry, to break the military, to subjugate it to his will. It ended with the fact that a civilian specialist became the Minister of Defense, and economic issues were removed from the competence of the General Staff and transferred to the Ministry of Defense. Financial and industrial banking structures of the military were also hit. The so-called "Mutual Assistance Society of the Military" controlled large sectors of the economy, but it did not report to anyone, but was controlled by senior officers. Erdogan made this “society” publish accounts for the first time in 30 years. Thus, he proved that he could easily put the military in place.
However, at the end of August of this year, the annual meeting of the Supreme Military Council of Turkey was held, on the eve of which a part of those arrested in connection with the preparation of the coup unexpectedly came out of prison. Many "hawks" rehabilitated and returned to their seats. Moreover, some of them are even promoted. All this indicated that Erdogan had generally agreed with the military. Although a year ago the armed forces were experiencing a crisis of governance due to that wave of arrests.

VIEW: But generals can still go back to the real power, as it was before Erdogan?

A. V.: It is possible. A few years ago, many analysts said that he broke the back of the army. But now everything has changed. Entry into the European Union was postponed indefinitely. The future of Erdogan himself became hazy. It is not clear who will be his successor. Hence, there are chances for revenge generals.

Now he rehabilitated the army - unwittingly, under the influence of difficulties in Syria and Iraq. It took a lot of time to train and promote loyal officers to the top. But officers are needed here and now.

VIEW: The generals are likely to applaud the death of the Russian aircraft?

A. V.: The General Council has long proposed to conduct a more active foreign policy. It is possible that he would not even like to limit himself to the destruction of a single Russian aircraft, but to prepare for the open annexation of the Turkish regions of Syria.

In recent years, the Turkish government is very actively developing the theme in the media that the border at the end of the First World War, that is the border with Syria, have been laid unfairly divided and the Turkish people.

Keywords: NATO, Turkey, Tayyip Erdogan, Russia and NATO, army and weapons, the war in Syria, Russia and Turkey, the crash of Su-24
It is disturbing that forces continue to build up on the border with these Turkoman regions. Pulled up Tankshowitzer artillery. Against the background of Erdogan’s unpredictability, we may well expect a land operation in Syria.
VIEW: But such a step as part of the accession of Syria, will meet explicit rejection allies? NATO can not be composed of the state with disputed borders.

A. V .: I made a very curious observation during a recent visit to Turkey. Many military have become disillusioned with global international security structures. Now the search for technologies that could provide Ankara with rocket and nuclear weapons is on the agenda. In the future, after achieving this goal, it is possible that Turkey will leave NATO at all.

I saw the reports of Turkish military experts thesis that only the possession of nuclear weapons will help Turkey to fully pursue an independent foreign policy.

In addition, Turkey has recently achieved success in creating missile weapons, primarily with the help of technology that the Europeans and Americans passed on to it, and, of course, by purchasing ready-made missiles in China. In particular, Turkey already has tactical missiles, such a clone of the Chinese system with a launch range of about 300 kilometers. The latest exhibition of weapons IDEF-2015 in Istanbul showed quite great successes of the Turks in rocket production. It is very dangerous.

VIEW: How have shown themselves recently the Turkish Air Force?

A. V .: It is difficult to say what kind of modification was the F-16, which attacked our plane, but in the last two or three years the Turks have modernized part of their F-16 fleet. I think it was carried out with the aim of expanding the range of its capabilities as an attack aircraft, rather than as a fighter, for delivering, above all, ground strikes.

In general, the Air Force professional enough, well equipped, although there are a number of problems. There is a shortage of trained pilots. Many of the cadets did not renew contracts and massively went to the civilian sector after the devaluation of the lira, the salary of military pilots was too low.

Another problem is the aging of the aircraft fleet. Now the basis of the Air Force are F-16 and F-4 of various modifications. So many of the F-4 already, apparently, have exhausted their resources. In less than a year, the 3 – 4 crash involving F-4 does not happen, and the most frequent victims are young pilots. F-4 is used either for training, or for reconnaissance, or as attack aircraft - due to the lack of modern attack helicopters.

VIEW: In what state is now the navy?

A. V .: The fleet is probably going through one of the best moments in its stories. Erdogan 10 years ago announced an ambitious program to create the Navy. It is planned to build a universal landing craft and a whole series of frigates and corvettes, a series of submarines — all this by the efforts of the national industry. And in anticipation of these ships, in the quality of, so to speak, temporary compensation, the Turks turned to the creation of speedboats. Actually, the long coastline also requires patrols on such boats.

In general, the armed forces still maintain the priority of the Army and Air Force. Navy and Coast Guard were financed before the secondary basis. But Erdogan's ambitious program shows change, priorities shift toward the Navy. I am personally very concerned that the next 5-7 years planned to build a series of amphibious ships, helicopter carriers, which will significantly increase the possibility of the Turkish army on the prompt transfer of power on the sea. The question is not whether they are intended for the Crimea or our coast.

Ctrl Enter
Noticed oshЫbku Highlight text and press. Ctrl + Enter
We are
What you didn't want to know about EnglandInterview by President Bashar Al-Assad to the Sunday Times
Military Reviewin Yandex News
Military Reviewin Google News
69 comments
Information
Dear reader, to leave comments on the publication, you must to register.