Is General Sukhomlinov guilty of the First World War projectile? 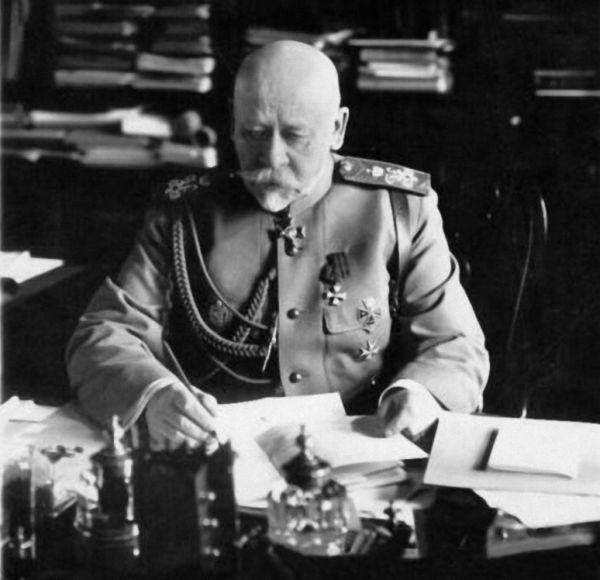 "The historiographic myth grows out of the political and gives it a noble reflection of objectivity. As a result, the real existence of the former, turning into scientific truth, as a rule, is no longer questioned" 1. Such myths include the “Sukhomlinov case”, in which the former military minister, General V.A. Sukhomlinov was accused of espionage in favor of Austria-Hungary and Germany, as well as of the criminal inaction of the authorities, which led to a disastrous shell hunger in 1915 and caused the defeats and retreat of the Russian army. According to the official version, Sukhomlinov did not care about supplying the army and was only interested in bribes. However, the documents say otherwise. Today we can assert that Vladimir Alexandrovich Sukhomlinov was the scapegoat for the mistakes and miscalculations of others 2. But how did the minister of war see ways to overcome the shell hunger? How did his vision of the problems of the military industry correlate with the views of the artillery bodies of that time, first of all, General A.A. Manikovsky?

"Offices worked - each by itself"

The First World War showed a lack of preparedness of the military Russian industry. Russia had to resort to foreign orders. But "overseas orders in general on the 9,3 million shells did not bring any benefit to the armies. Instead of million orders of shells and remote tubes, 5 thousands of cartridges were delivered to Russia" 3.

One of the most talented gunners of the time, A.A. Manikovsky remarked that "during the war, the efforts of customers, and especially Russia, of American industry were imparted with valuable experience in military production and, through gratuitous briefing by Russian engineers, a rich frame of experienced specialists in various branches of artillery equipment was created in America" ​​4.

Manikovsky showed the main drawback, not only of the Russian military industry itself, but also of its management: "During World War II, the supply business of the Russian army was actually in the hands of capitalist breeders and the representatives of the royal power in their favor, pursuing in most cases only their own or other personal interests Agencies worked - each by itself, apart from the others, trying to appropriate more of those or other advantages, at least to the detriment of others and the general benefits of the state "5.

Manikovsky analyzed the reasons for the failures of the military industry mobilization, stating the findings in a secret report to the Minister of War D.S. Shuvaev 20 October 1916 G.6

He pointed to one of the reasons for lack of preparation, which was that "in assumptions about the need for combat supplies for a future war, we, based on the experience of our Manchurian campaign ... determined too little of this need, and therefore did not develop the proper way, neither our state-owned plants, nor those of private ones that in peacetime manufactured military supplies "7.

Other countries experienced similar problems. “I had to resort to the very least — orders abroad, mainly in America and from our allies, England and France, who, by the way, themselves, at the same time, lacked combat supplies” 8.

"It is necessary to quickly develop our industry"

The general believed that “it is necessary to develop our domestic industry in the most urgent way, and, moreover, not only for the needs of the current war, but also in anticipation of the future. But it is necessary to use one important indication of past experience: for each individual production of combat equipment to be organized its own independent group of factories ... the main core, so to speak, the permanent staff of the group, should be state-owned factories, which in cases of mobilization not only develop themselves, but also will identify the appropriate technical staff to instruct the rest of the "9. Manikovsky also noted the need for early preparation of a plan for industry mobilization.

Therefore, it was no coincidence that Sukhomlinov’s attitude toward Manikovsky. September 11 1914 Mr. Sukhomlinov wrote to General N.N. Yanushkevich: “Your answer has now received that the Supreme Commander speaks strongly against the appointment of Manikovsky as [head of] the [avny] artiller of the [ruling] administration. What did I do, the only way out was for me to make this department work with might and main ... Manikovsky energetic, knows the business and I don’t know a more suitable person, he would greatly help improve the artillery supply of the army in the 10.

22 January 1915 Mr. Sukhomlinov said to Yanushkevich: “It’s terribly annoying that he led [ik] to [Sergey] Serg [her] Mih [Aylovich] his personal“ I ”put above state interests and put a stick in the wheel. But maybe God willing, Man [Ikovsky] will succeed in moving even more energetically under these conditions. ”11.

Not long before his retirement, 6 on June 1915, Sukhomlinov wrote to Yanushkevich not without enthusiasm: “They decided to not be shy of Man [Ikovski] and abruptly took the steering wheel with him to the right aboard. impacts, but let's go, lifting the visor "12. Does this phrase of the former Minister of War mean his solidarity with Manikovsky in his view of the problems of the military industry? We can answer this question in the affirmative, especially since this is confirmed by sources.

"I go to the factories and ponkayu"

In the same correspondence, Sukhomlinov reveals much in common with Manikovsky. 9 September 1914 Sukhomlinov wrote to Yanushkevich: “The second trouble is the artillery [Jewish] cartridges. The expenditure is enormous, unbelievable, and the performance of our mining plants is weak ... Everything that we can do, we do ... but you yourself know how our factories are poorly equipped and, as we all the time, despite my protests, were based on foreigners "13.

2 December 1914 Sukhomlinov said: "I myself go to the factories and pushes, but I come across strikes, lack of coal, non-delivery of machines from abroad, but we do not have them" 14. In a letter from December 15, the general reported that "without powerful serviceable factories, it is difficult to accomplish the tasks that fell on us in this war and not on us alone, but on all the warring armies: our enemies have exactly the same flaws ..." 15.

23 May 1915 Mr. Sukhomlinov wrote to Yanushkevich: "For a ten-month sanguinary struggle, what kind of light I have not experienced, it is no wonder to go to hunger for military supplies, and especially for us, with our poorly developed industry ..." 16

Similar estimates can be found in Sukhomlinov’s diary. For example, in the record from 23 February 1915 G.: "The huge consumption of shells and the vigorous demand to replenish them, and our factories do not cope (delay in delivery of coal), lack of preparation, the lack of manufacturing machines in the country. - Permanent orders abroad" 17. Or in the record from 4 June 1915 G .: "Shostka. A well-established factory. It can be duplicated - with almost the same composition of the administration and technicians. When I was drafted a project - it would cost about 12 000 000 rubles. If the Main Artillery Directorate thought about this with the beginning of the war, everything would be ready now. The factory remembers that the second minister arrived. The first was Arakcheev "18.

23 October 1915 was already a former minister Sukhomlinov wrote in his diary: "A very interesting letter from the [head]] General [avny] art [Iller]] [General] Manikovsky’s management in Novyj Vremeni:" Until now, the military industrial committee has not not a single projectile; all the shells that arrive at positions that the correspondent had to see were delivered in pursuance of the orders given by the Main Artillery Directorate at the previous time, before the opening of military-industrial committees. ”And left-wing newspapers found that thanks to [the new military minister A.A. .] Polivanov began to get plenty of shells and all supplies. It turns out that it’s not like that "19. Earlier, on October 18, the former minister noted that he "more and more often hears that the" mobilization industry "began to live in clerical work, useful not for the army, but for the plutocracy" 20.

11 December The 1915 General noted: “Large numbers of military-industrial committees everywhere receive a lot of money, but they are unlikely to be of real benefit for the present war. It would be necessary to direct their activities to ensure that the manufacturing industry will continue to us so that our former dependency and overseas bondage disappear "21.

Thus, the views of Sukhomlinov and Manikovsky on the problems of the Russian military industry during the First World War coincided. The lack of a clear plan of action and a strategic vision of the development of industry among the country's leadership played a role in Russia's subsequent troubles. A turn of the rudder, joint with Manikovsky, as Sukhomlinov put it, could change the situation for the better, but the accumulated system slips and contradictions did not allow this to materialize. 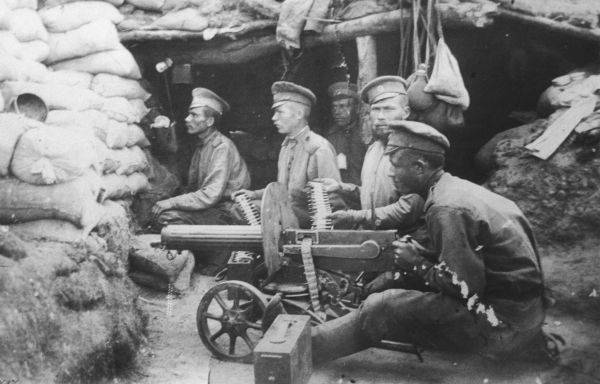 Ctrl Enter
Noticed oshЫbku Highlight text and press. Ctrl + Enter
We are
The destruction of the Austro-Hungarian Empire did not bring Central Europe peaceAustria-Hungary retained the Eastern Front only with the help of Germany
13 comments
Information
Dear reader, to leave comments on the publication, you must to register.