VKS RF transferred another bomber Su-34, all of them in service around 70-ti

November 30 2015
78
Another Su-34 bomber transferred to Sukhoi by the Russian military, reports MIC with reference to information published by Interfakas-AVN. 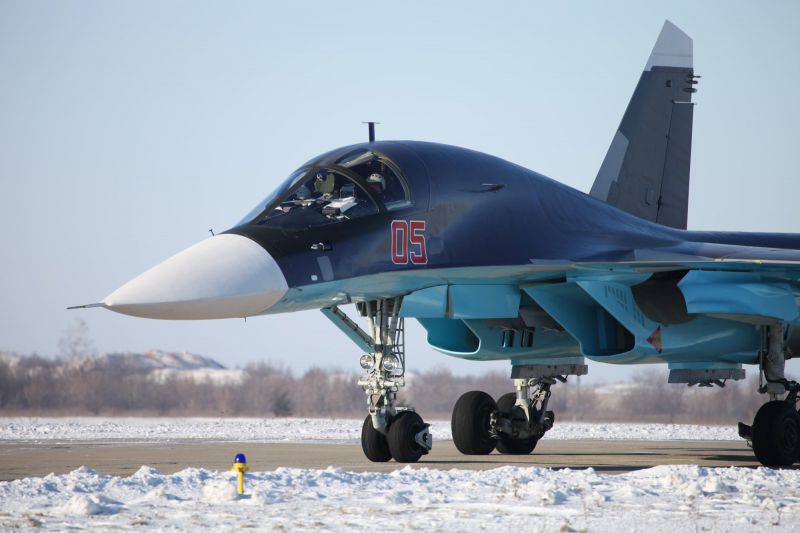 “This morning, the Su-34 aircraft, transmitted by the Russian Aerospace Forces under the 2015 state defense order, flew from the airfield of the Novosibirsk Aviation Plant to one of the air bases of the Southern Military District in the Rostov region,” a military source told the agency.

According to him, “by the end of this year, the Russian Defense Ministry will receive from the industry four more front-line bomber Su-34, including two at the expense of the state defense order 2016 of the year.”

Produces Novosibirsk bombers aviation plant (holding "Sukhoi"). Now there are about 70 Su-34s in the VKS.

The aircraft can reach speeds of up to 1900 km / h, its flight range is up to 4 thousand km, and the combat load is up to 8 tons. The machine is equipped with a modern control system weapons and an in-flight refueling system.