November 30 2015
86
At the Voronezh Aircraft Manufacturing Company made the first flight of the new IL-96-300 with registration number 96022, reports the blog bmpd. 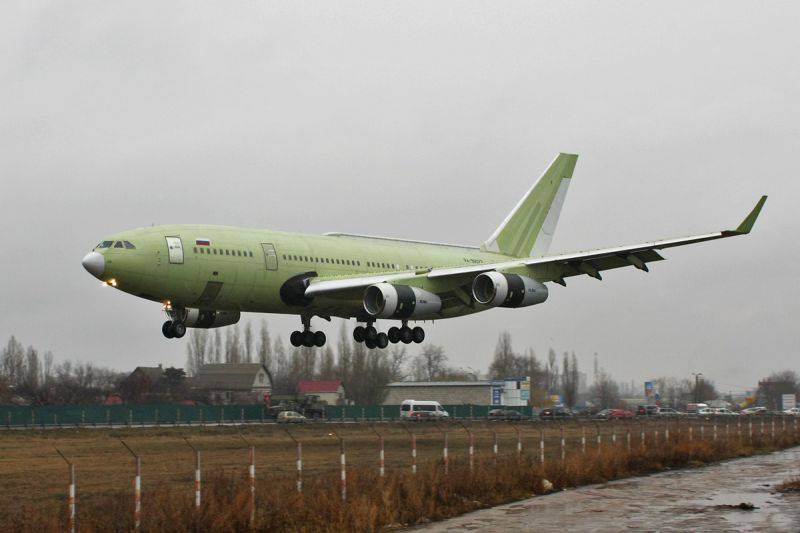 According to the author, the “aircraft in a special configuration“ cabin ”with a capacity of 160 passengers was built for the Special Flight Unit (SLO)“ Russia ”of the Administrative Department of the President of the Russian Federation under the contract with the UAC of 25 on April 2013 of the year.”

The contract provides for the construction of two aircraft - one in the configuration "salon" (for 3,75 billion rubles), the other in the version of the control station - PU (М1) - worth 5,2 billion.

In total, the company has built X-NUMX IL-28 aircraft.

Ctrl Enter
Noticed oshЫbku Highlight text and press. Ctrl + Enter
We are
The action “Military service under the contract is your choice!” In Rostov-on-Don: future contract servicemen, exhibitions and “Russian Knights”In St. Petersburg opened a naval salon
86 comments
Information
Dear reader, to leave comments on the publication, you must to register.