November 30 2015
265
Information Agency Interfax with reference to the Turkish media reports that the submarines of the Turkish Navy are on duty in the area of ​​the Russian Guards missile cruiser "Moscow" near the coast of Syria. Turkish publications have reported that at the moment there are two submarines in the eastern Mediterranean - the Dolunay S-352 (went to the November 11 patrol area) and the Buracreis S-359 (went to the November NN patrol area). 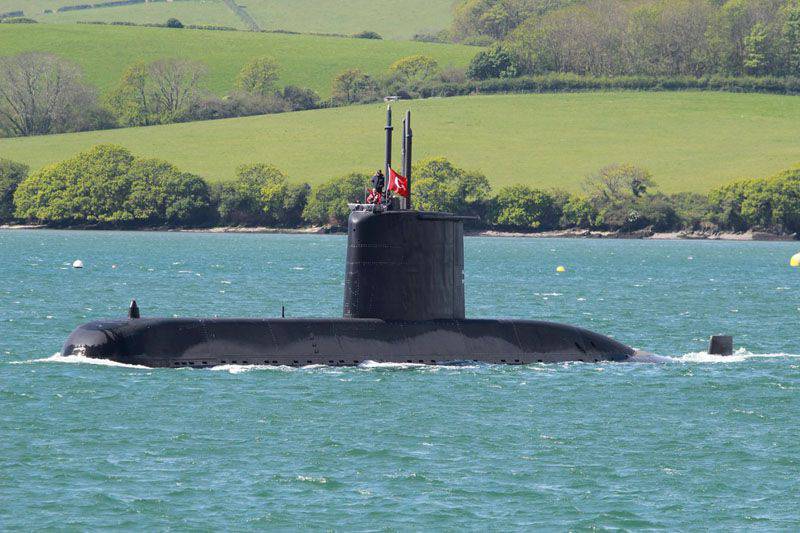 Recall that the missile cruiser "Moscow" provides cover for the Hmeymim airbase, on which the aircraft of the Russian Aerospace Forces are located, and monitors the situation off the coast of the Syrian Arab Republic.

Recall that earlier the official representative of the Russian Navy said that the missile cruiser "Moscow" would destroy all targets that would be identified as representing a danger to the Hmeimim airbase and to the warship itself.

Turkish submarines following the activities of the Russian missile cruiser “Moscow” are armed with 8x533-mm TA. The Dolunay carries the 14 torpedoes of the SST series, the Buracreis 14 torpedoes DM2A4 or the Harpoon PKR. The crew of each - 38 people. The maximum depth of the dive is 280 m. The speed in the surface position is 10 knots, in the underwater position it is about 21,5 knots.

Turkish diesel-electric submarines are of the German type "209".

Ctrl Enter
Noticed oshЫbku Highlight text and press. Ctrl + Enter
We are
ARMY-2016. Cluster VCS. Part of 2. Space is space!
265 comments
Information
Dear reader, to leave comments on the publication, you must to register.