November 30 2015
51
Russian President Vladimir Putin instructed the government to consider the possibility of recognizing Russian servicemen sent to the antiterrorist mission in Syria as veterans of hostilities. This is reported by the press service. The Kremlin. 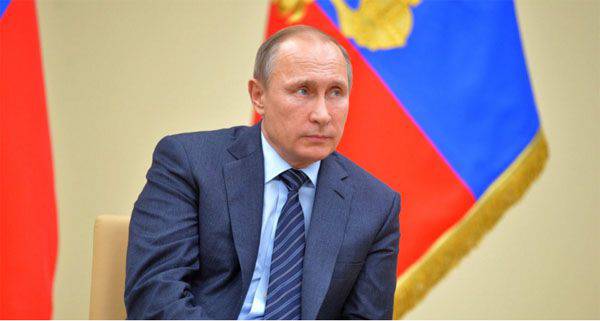 It is noted that such an instruction to the Russian government was given by the president after holding a meeting with representatives of the presidential council for the development of civil society and human rights.

Recall that in Syria, the Air Force of the Russian Aerospace Forces of the Russian Federation operates, delivering rocket-bombing attacks on objects of terrorists. In addition, there are units of marines guarding the base, as well as military personnel of the C-400 Triumph anti-aircraft missile system, technical and support personnel at the Khmeimim airbase.