December 2 2015
36
Russia is beginning to move towards the attainment of economic and political sovereignty, a Eurasian Union is being created, all these events cannot be ignored by Western countries led by the United States. Hillary Clinton from the high tribunes to the whole world makes a statement that the United States will do everything to stop or slow down this process. The unprecedented scale of pressure on Russia begins.


The scale of information pressure on Russia is equal, and, perhaps, has already exceeded the level of propaganda of the Cold War. This probably has not been tested yet by any state in the world. It is impossible even to realize such a number of lies. After all, this is no longer just a grunt at the quality of Olympic facilities in Sochi. This is a real information war aimed at the state, its leaders and the whole people, on a scale incomparable even with layers of false propaganda directed from Kiev at the height of the civil war. 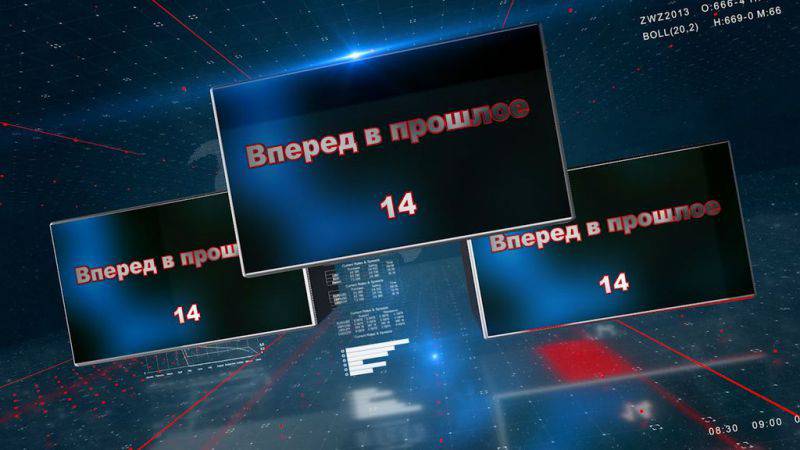 The video entitled “Counter-propaganda” from the series “Forward to the Past” project was created solely as opposition to the total lies and hypocrisy of the Western media. The first thing I wanted to answer in this video was hysterical baseless accusations against Russia. In this video, I would like to highlight two main points. First, it is constantly pouring mud on the Soviet period, this is especially felt in the Baltic States, where people are far from the last in the former Soviet hierarchy. The second moment, this is a loud accusation of Russia of terrorism, this promise sounded from the lips of the President of Lithuania. Of course, I understand perfectly well that neither the prosecution from Lithuania, nor the attack on the Russian 24 SU by Turkey could be taken at the local level, such actions are too provocative, especially Lithuania.

In my video, I put forward a counter-accusation by using the documents from the Report of the Doctors of the World Against Nuclear War, few people speak about these figures today, but they give a clear idea of ​​the scale of the tragedy in the Middle East. All charges against Russia are made with the aim of its isolation from the rest of the world. There are other arguments in the film that can be seen by watching the video “Counter-propaganda”.
Work on discrediting Russia will continue until it gives up the idea of ​​sovereignty. The very idea of ​​the possibility of independence of any state for the West is simply unacceptable. You look at the tough dictatorship inside the western world itself, it is especially clearly seen with the adoption of sanctions against Russia. Most EU countries suffer from these sanctions more than Russia, and will starve to death, but they will not dare to go against the will of their master.

Russia was and remains a “black hole” for the West, as Zbigniew Brzezinski wrote in his book “The Great Chessboard”. This “black hole” is today the only force that keeps the West from direct intervention in the countries of Central Asia. I am sure that if it were not for the proximity of Russia, then all the leaders of Central Asia, without exception, would have long repeated the fate of Muammar Gaddafi and Saddam Hussein. The game of the West in democracy on the borders with Russia will continue, but in a much moderate style that does not reduce the danger. This is what I wanted to emphasize in my video Counter-propaganda.

There are frozen conflicts around the entire perimeter of Russia, while Central Asia and Belarus are the only exceptions. Transnistria is smoldering at the Western borders, Southeast of Ukraine appeared to the south, Karabakh in the Caucasus and, if it is possible to create a conflict in Central Asia and Belarus, the ring will completely close. To everything, you can add the impending chaos in the European Union, which is primarily associated with the flow of immigrants from the countries of the Middle East. We have heard more than once about the theory of controlled chaos, but it will not be so easy to understand its meaning for the entire world community. Today, some analysts are already putting forward the idea of ​​a religious background to the actions of global puppeteers, to which it is possible to include the real owners of money. The whole world is in a state of permanent fear. (PERMANENT - (lat. Permanens, from per, and manere to remain.) Uninterrupted, long, permanent, remaining in one state) According to Leon Trotsky, the author of the world revolution. To maintain society in a state of political anabiosis, war must be permanent, in which case people can be easily controlled.

The world community today is precisely in a state of permanent revolution or war. The very idea of ​​a permanent revolution was expressed by Karl Marx and Friedrich Engels in the 1840-ies in the "Manifesto of the Communist Party". The fact that American neoconservatives are followers of Trotsky’s ideas is no secret to anyone, perhaps we are today witnessing the realization of Trotsky’s ideas.

As for the events in Syria, then everything can be much deeper than it might seem at first glance. In this video, I made a guess. I don’t presume to judge, but here the controlled flows of refugees to Europe, which are fully supported both informationally and financially, make the whole picture look different. I will not engage in conspiracy, I repeat only the words of Obama, who called humanity the Ebola virus. What do they do with any virus? Everyone knows: they fight with him by any means possible. It is also clear that before the entry into war of Russia, the struggle against the so-called Islamic state was only imitated, I would never believe that it was impossible to cope with terrorists. But I know for sure that Washington began to use radical Islam for its geopolitical goals in the Soviet times, the video clearly confirms this. I can only assume that there is a controlled change in the civilizational development of the entire planet as a whole. Capitalism is at an impasse, and it is not known what the modern globalists can offer in return. For most people, nothing good is expected from this. Russia must achieve superpower status, there is no other way.

Ctrl Enter
Noticed oshЫbku Highlight text and press. Ctrl + Enter
We are
The world we leave, the world we enter, and the world between themTime to declare war on world government
36 comments
Information
Dear reader, to leave comments on the publication, you must to register.