Cypriots call on the help of Russian 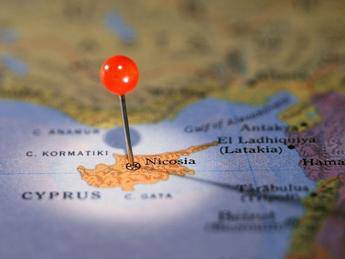 Cypriot activists collect signatures for placing a military base of the Russian Federation on the island. Local media reported that the head of the Cyprus Orthodox Human Rights Center, Marius Fotiu, addressed the relevant request to President Nikos Anastasiadis. Members of the movement believe that the island may be threatened by the militants of the “Islamic State”, because of the EU states, Cyprus is the closest to Syria.


Recall that at the beginning of February 2015, either messages or rumors circulated about the likely decision of the President of Cyprus regarding the “readiness” to place Russian aviation and naval bases.

The “Dialogue on Assistance” meant the implementation of humanitarian operations at the Andreas Papandreou airbase in the Paphos region. In addition, it was about the visits of Russian warships to the ports of Cyprus (in particular, in Limassol). “There is an old (defense) agreement that should be renewed as it is. At the same time, some additional services will be provided in the same way as we do with other countries, for example, with France and Germany ", - said Anastasiadis 8 February.

Later, on February 9, the president clarified the previous statement. He told TASS about negotiations with Russia on new opportunities for Russia to use airports and seaports of Cyprus.

"We are conducting a dialogue on additional opportunities with the Russian Federation, which can be provided in the event of a humanitarian operation or emergency situations," - clarified head of the island state.

As for the Russian military facility in Cyprus, then, as noted by a diplomatic source of the RIA "News"The agreement on defense cooperation between Russia and Cyprus does not provide for the creation of such an object.

November 24 on the Russian newspaper website "News" An article appeared under the heading "Residents of Cyprus are asking for a Russian military base on the island."

It turns out that the head of the Cyprus Orthodox Human Rights Center, Marius Fotiou, and the activists of the movement asked President Nikos Anastasiadis to deploy the Russian military base on the island. As Fotiu stressed, Cyprus is closest to Syria from all EU countries, therefore its inhabitants are afraid of terrorist acts.

Activists asked the president to "invite certain naval units to the territory of Cyprus fleet and the aerospace forces of the Russian Federation. "

To promote the initiative, the organization launches a collection of signatures among citizens.

As for the services of the North Atlantic Alliance, then, as noted in the appeal to the head of Cyprus, the activists do not see the "proper result" from NATO in the fight against terrorism.

“Until the terrorists are defeated,” activists write, “our country will be in the zone of highest risk. Our army, air force and fleet need the support of a strong and skilled comrade. Russia has repeatedly demonstrated the principles of peacemaking and the protection of justice and freedom in Europe. ”

Marius Fotiu has no doubt that the organization will collect many signatures ("a few thousand"). According to him, the reaction in social networks and reviews of the discussions show that the majority of citizens of Cyprus are happy with the decision of Vladimir Putin to fight terrorists in Syria. Cypriots want their island to be covered with a Russian protective umbrella. Fotiu believes that residents will respond to the initiative of the movement positively.

According to him, the collection of signatures will continue for several weeks.

How did the Russian authorities react to such news? Alas, the newspaper "Izvestia" could not get a response from the Ministry of Defense of the Russian Federation.

The media has already appeared comments of experts on the topic of the base in Cyprus.

“In the light of the war in Syria, the appearance of our military bases in Cyprus would be a very good decision,” said "Free Press" Alexander Khramchikhin, Deputy Director of the Institute for Political and Military Analysis. - But we must understand that, firstly, it is quite difficult at least in terms of supply. Secondly, Cyprus is not part of NATO, but is a member of the European Union, and I personally can’t even imagine that they would be allowed to host our Armed Forces, even if the leadership of the island state really wants it. The pressure on him will be too strong, especially given the difficult economic situation in Cyprus. ”

Vtorit Khramchikhin is a member of the Expert Council of the Board of the Military-Industrial Commission under the Government of the Russian Federation, the chief editor of the journal Arsenal of the Fatherland, reserve colonel Viktor Murakhovsky. In his opinion, the EU holds almost the entire economy of Cyprus by the throat: stories with the withdrawal of part of deposits, blocking the issuance of money, etc.

“Given the pressure factor of the European Union, our bases are unlikely to appear in Cyprus,” said the expert of “SP”. “And in order to invest in the deployment of such objects, you need to have a sufficiently strong foundation for many decades to come.”

In addition, Murakhovsky noted, even though the Russian Navy keeps a group in the Mediterranean on the basis of rotation, this is not the operational squadron that was in the time of the USSR. The current Russian Mediterranean squadron is a small group of ships, and therefore "we must wait a few more years for at least all six frigates of the far sea and ocean zone of the 11356 project to become part of the Navy."

According to the director of the Research Institute of Political Sociology, Vyacheslav Smirnov, it is quite difficult to place a base in Cyprus. “Such initiatives sound from various public associations, but this proposal is quite complicated,” Smirnov told the radio. "Sputnik". - First, in the territory of the Republic of Cyprus there are two large British sovereign military bases. They remained with colonial rule, their territory is extraterritorial. There are about 7 thousands of British soldiers, military ports, there is an opportunity to accommodate the military-space connection of Britain. Secondly, the Republic of Northern Cyprus was proclaimed in the north of Cyprus, respectively, there is a large military contingent of Turkey and its air defense. But the most difficult thing is that the President of Cyprus Anastasiadis is in favor of an urgent entry into NATO, and the Parliament has already supported him in this matter. ”

Thus, let us add on our own, the collection of signatures on the island speaks more about a certain increase in the political authority of Russia in the world, rather than about real possibilities to place a military base with Cypriots. There are absolutely no conditions for such a strategic advancement of Russia in the region. It is probably for this reason that the Ministry of Defense of the Russian Federation did not comment on the initiative of the Cyprus Orthodox Human Rights Center.