Political weight of the ruble

December 1 2015
76
In Russia, the price of bread was a political issue, showing the stability of the ruling regime. In the 1990-ies and to this day, the second such issue was the ruble exchange rate, which, given the share of imports in the domestic market, began to determine the numbers on price tags. Many Russians today are concerned about the question of what will be the rate of the national currency tomorrow, which everyone has long learned to compare with prices in stores and their own incomes. The fact that last year’s sensible initiatives to punish banking speculators have remained well-meaning wishes adds a special edge to what is happening. It turned out to be easier for lawmakers to tax ordinary Russians. So, from the situation of repetition of the stresses of the end of 2013 - the beginning of 2014 of the year or the collapse of the end of 2014 of the year (“Black Tuesday”), no one is insured. 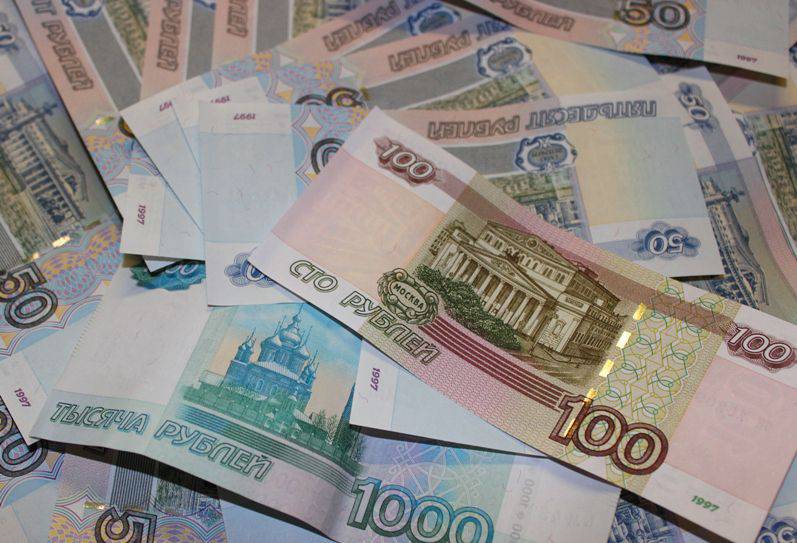 In the near future, three important circumstances will put pressure on the ruble: a fall in the economy, a fall in oil prices and a government policy that seeks to plug holes in the budget with a sharp devaluation. Such side effects as stress and impoverishment of the population, the command of the sovereign husbands are of little concern: as independent economists tell us, only at the dollar price of at least 75 rubles the Medvedev government can keep the budget of the year from total collapse.

Today, what happens to the ruble is also extremely beneficial for bankers and other financial speculators with good insights, as well as for the commodity sector, which receives profits in foreign currency and incurs costs in a depreciating ruble. There is nothing to say about the benefits of Western countries: buying Russian assets cheaply and at the same time swaying the political situation (social protests in the country are already gaining momentum), they achieve two goals at once.

What can theoretically support the ruble? In the near future, of course, it is a cold winter in Western Europe and the US East Coast, which will cause an increased demand for energy. However, in that year, weather forecasters also promised a cold winter, but for the above-mentioned regions it was just a record warm one. Moreover, oil storage facilities around the world are overcrowded, and the Gulf monarchies will stifle any price spikes if necessary. So hope for the winter, if there is, it is very weak.

No one has canceled the impact on oil prices, and, consequently, the ruble, of the events in the Middle East. It is not even about Syria and Iraq, although about them too, but about Yemen, where the coalition of Arab countries risks meeting the first anniversary of the outbreak of the war.

The influence of the elections to the State Duma in September 2016 will have its effect. If the rate falls below the psychological barriers, then dissatisfaction with power will affect the results of the vote. Contrary to popular belief, the rule “it doesn’t matter who votes, it’s important who counts the results” doesn’t always work. An abstract “necessary” batch can be arranged with 55% with a real rating in 35%, but the same maneuver is difficult to do if the rating hangs around 10% and the air is electrified with revolutionary moods. Which, besides, have the broadest support, both from abroad, and from a part of regional elites. So from the point of view of ideal political expediency, the course should not change much before the elections.

True, all these arguments are valid only if one circumstance is observed. This circumstance is the exhaustion of the reserves of both the government and the Central Bank. Forecasts when reserves can be exhausted differ fundamentally. If the overwhelming optimists talk about the end of 2016 of the year, then according to other forecasts, the cubs will show the bottom already in the first quarter. Unfortunately, even the experts are not aware of the true state of the reserves, which, according to rumors, are being plundered by the court officials at an “accelerated pace”. And this is not counting support for various regimes in the CIS and the Syrian campaign. The inflation that followed and the catastrophic decline in the standard of living threaten with unpredictable political consequences.

It would seem that the sources of replenishment of foreign exchange reserves are literally under the nose. This is the same agriculture, which brought a huge foreign exchange earnings during the Russian Empire. Or engineering, which gave the currency to the Soviet Union. But for this, skills are needed that are greater than the ability to simply “master the budget.”

At the moment, forecasts regarding the national currency rate are more similar to fortune-telling by the stars. Both the experts and the population here are approximately on an equal footing - and those and others do not know what will happen tomorrow. Cherished insides, as always, there is only a handful of the elect - the banking elite.

Ctrl Enter
Noticed oshЫbku Highlight text and press. Ctrl + Enter
We are
Ten dollars a barrel?Is there a solution to the problem of patriotic education of young people? Private initiatives
Military Reviewin Yandex News
Military Reviewin Google News
76 comments
Information
Dear reader, to leave comments on the publication, you must to register.