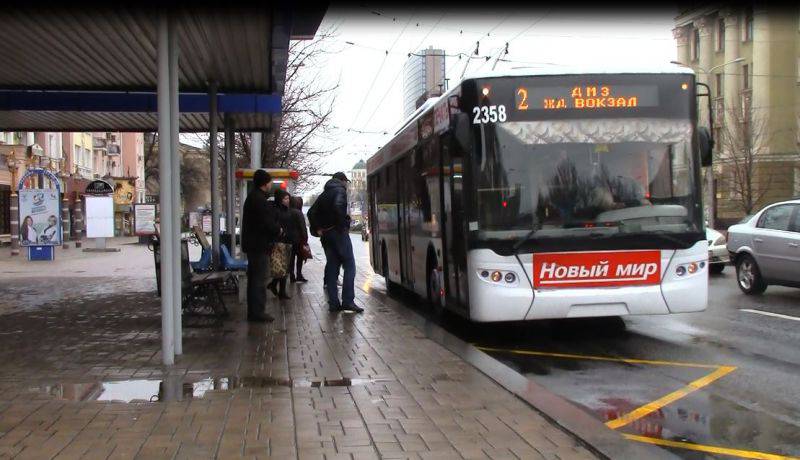 Donetsk became the sixth city in the USSR and the twentieth in the world, where trolleybus routes appeared. For seventy five years of his stories trolleybuses in the city worked almost uninterruptedly. During the Great Patriotic War, even while under German occupation, transport continued to work, stopping briefly only during the battles for the city. Donetsk grew, developed, increased passenger flow. Therefore, urban transport also grew, the number of routes, the length of lines increased, the fleet was updated. Changed traffic patterns. So from the 4 routes and 55 machines that went to 1955, the traffic pattern increased to 20 routes and 248 machines to 2013.

With the advent of the new war in Donbass, electric transport did not stop working, regularly carrying passengers. Many contact lines in the Kiev and Kuibyshev districts of Donetsk were damaged, and due to frequent shelling in these areas, part of the routes had to be shortened. Repair crews that promptly repaired damage under shelling of Ukrainian punishers are considered heroes in the city depots: “Thank you to our repairmen for quickly rebuilding the network where it was possible,” people say. In the terrible conditions of war, not resigning, not escaping, but selflessly ensuring the uninterrupted operation of lines and machines is an act correlated with heroism.

Despite the danger and interruptions in electricity, employees went to work. The tragedy on Bosse was the strongest shock for the team. On the morning of January 22, 2015 of the year, one of the trolleybuses of the 17 route came under fire. As a result, 13 people died, the rest of the passengers received multiple fragmental wounds. Shells hit the houses and nearby cars. “It was scary to go to work, but we understood what we needed and went out,” one of the drivers remembers that day. 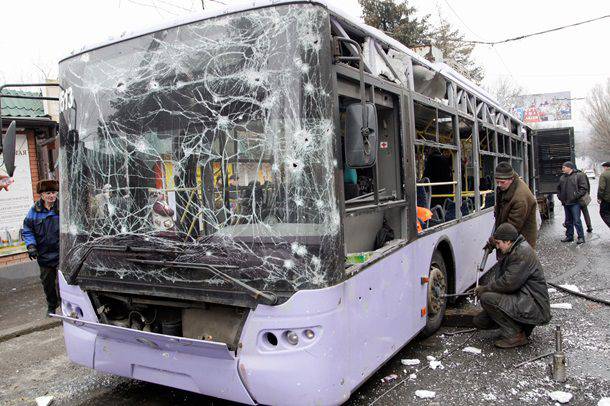 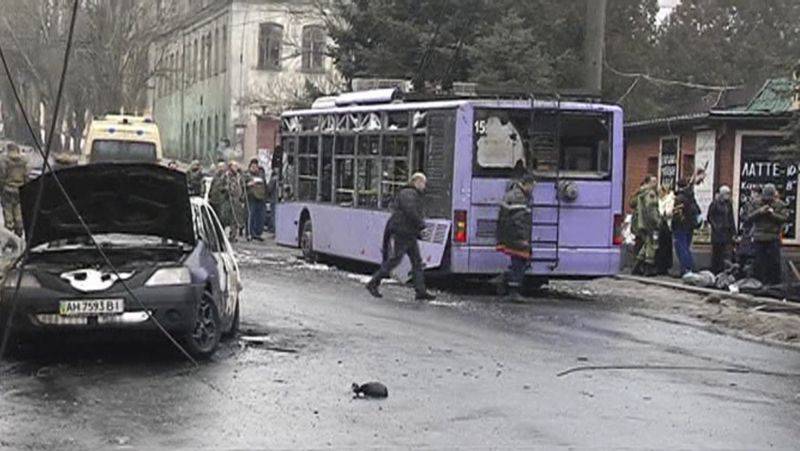 In the most difficult time, when shelling was almost around the clock, trolley buses went less often, but still went. “First up to five in the evening, then to six and so on. The attendants went according to circumstances: if it became quieter, then they left for the route. Now all trolleybuses go in a regular mode, ”one of the dispatchers told us. 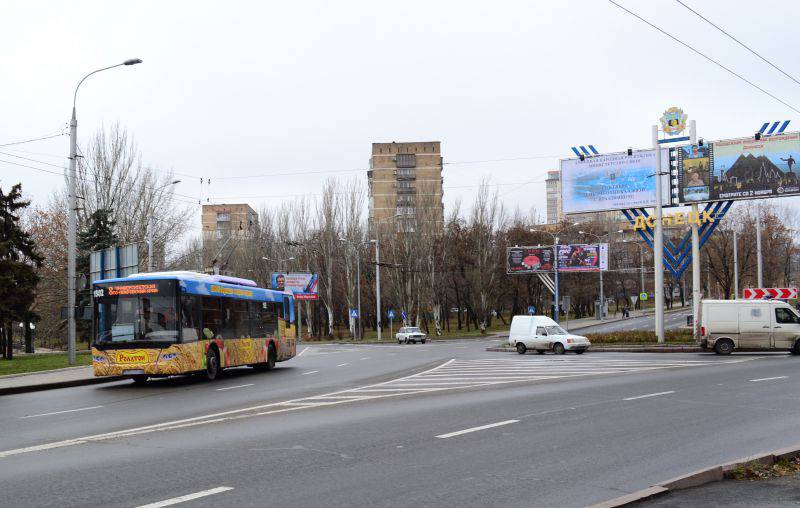 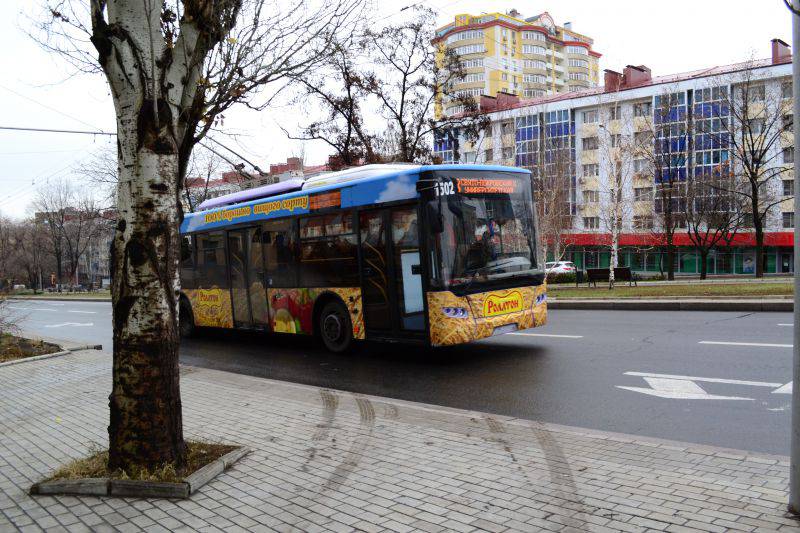 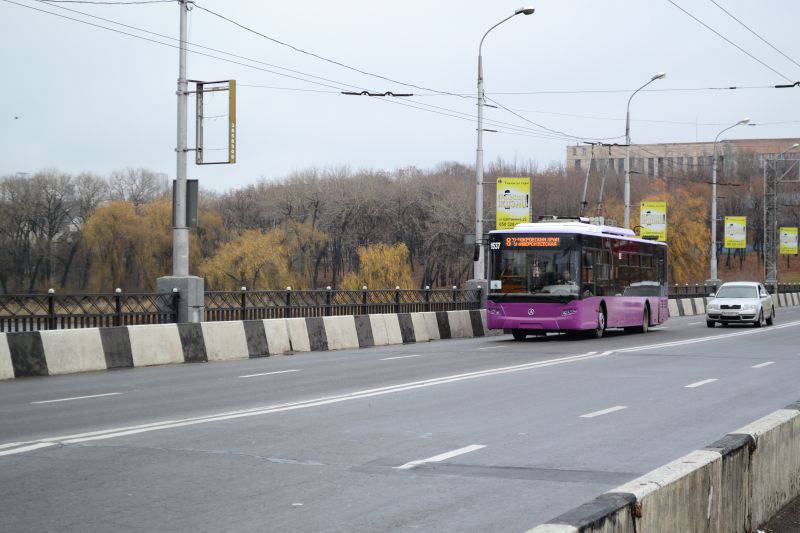 Most citizens do not notice such trifles, they are used to the fact that trolley buses are always on the line. But visiting people are very surprised that there is at least some kind of transport in the city. But the most surprising is the fare. So, in Kiev it is 3 hryvnia (9 rubles), in Kharkov - 2,5 hryvnia (8 rubles), in Lipetsk - 15 rubles, in Moscow - 40 rubles. The fare in the trolley buses of Donetsk ... 3 ruble. 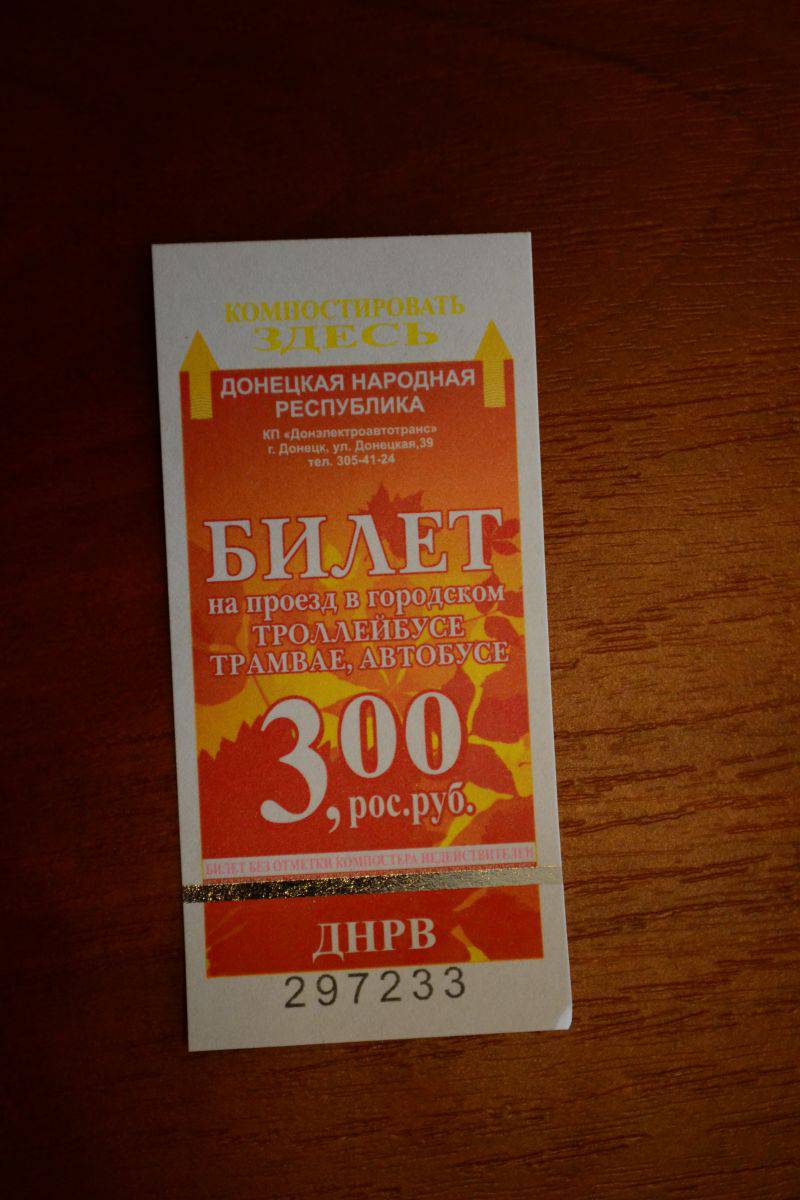 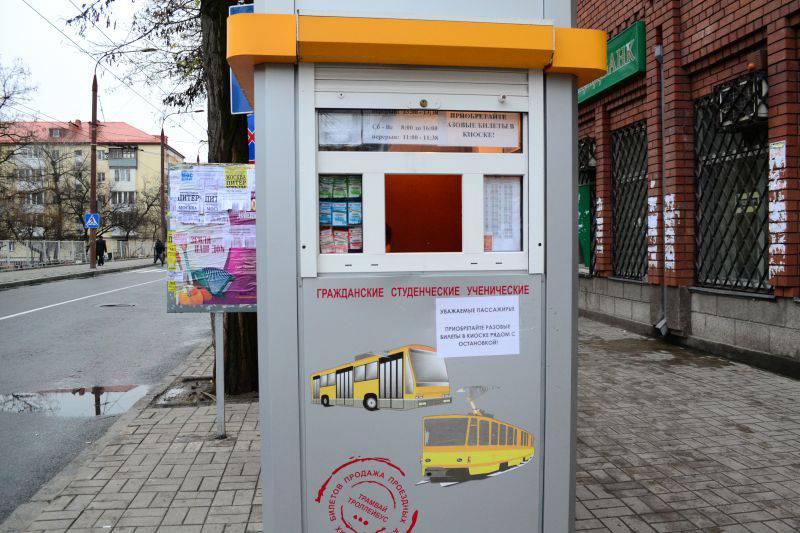 And this is generally from our common Soviet past: a kiosk where tickets and tickets are sold. But in Donetsk - everyday reality. 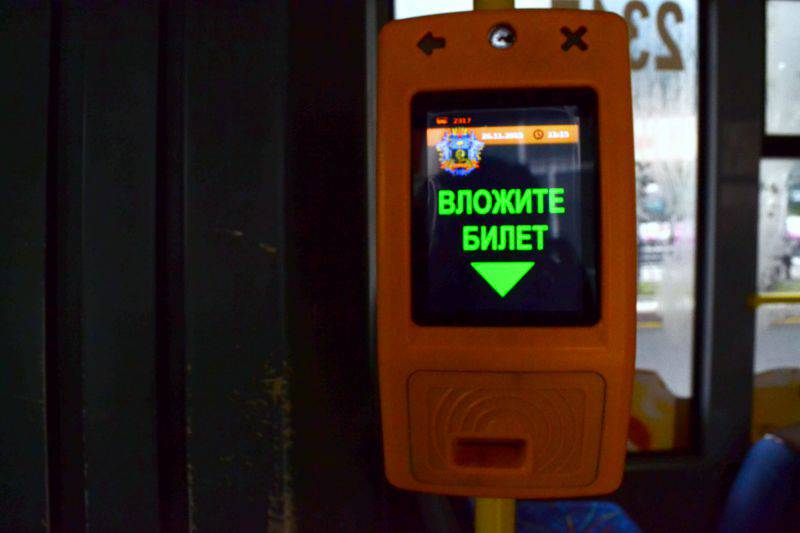 Composter for coupons ... comments can not be at all!

In the conditions of war and the rupture of economic relations with Ukraine, the acute problem was the lack of spare parts for repairing the fleet. “Our management is very good, they tried, they got the details,” one of the drivers commented on our question on how they survived, they themselves turned around at the beginning. Now, in this issue (as, indeed, in many others), Russia offered a helping hand in the face of the Nizhny Novgorod Electromash plant, which just recently put winter tires, winding wire, batteries, rays, current collectors and other much-needed parts.

Donetsk residents are satisfied with the work of transport, thank the staff, appreciate their work. Some even boast: “In the summer of 2014, when there were terrible shelling, I was traveling alone in a trolleybus, there were no people on the street, and the transport went,” says our interlocutor at the trolleybus stop.

War, destruction, grief is not a reason to surrender and give up. Trolleybus depot workers prove this by their own example. They understand for whom and why they go to work and bring their electric wards to the roads of the city: "People need to be carried - this is our work."

Afterword from the editors.

Who knows, he will understand who does not know - take a word. They are there, in Donetsk, a little weird guys. The topic of the trolleybus story just surfaced in the conversation, and I had to even prove it a little. For Donetsk everything is just like a white day: it is an urban transport, it should go. Therefore walks. What to talk about him?

But the construction of the state does not begin with loud statements and declarations. More precisely, yes, it begins with this. But the state becomes a full-fledged state precisely when there is light and heat in the houses, the streets are cleaned, the garbage is taken out, the trolleybuses go on schedule and the salary is paid on time and in full.

Then we can say that the state, albeit a small one, has taken place. For the state is first of all not the heads making statements and signing documents. These are generals. But generals without soldiers are nothing. And the soldiers, that is, the citizens are simple, this is the most important component part. Those who daily, albeit imperceptibly, do their work.

So God forbid success and good luck to all the soldiers of Donbass. And let their trolley carry them where it is written. 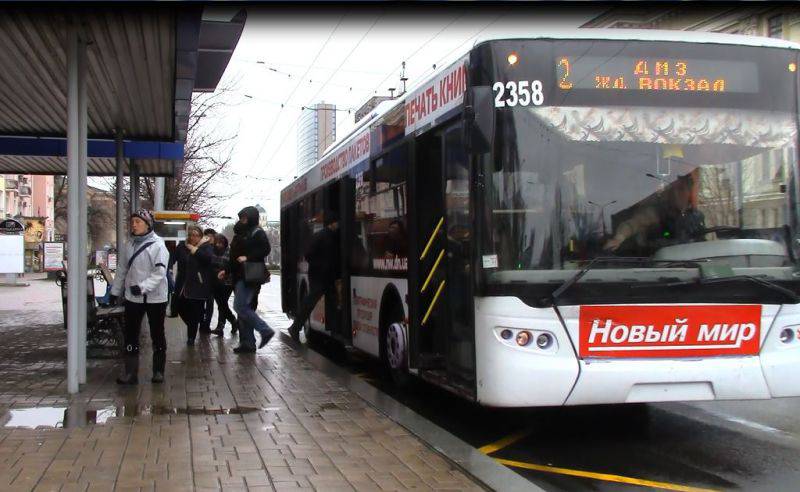